The End of Affirmative Action? 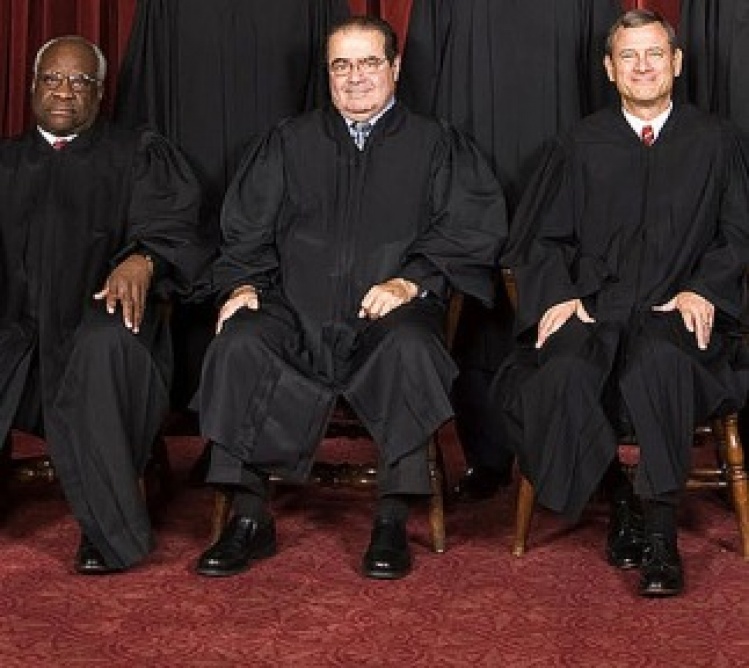 The Declaration of Independence proclaims the nation’s adherence to the principle that all men are created equal. Abraham Lincoln repeated the claim at Gettysburg, as did the United Nations in its Declaration of Human Rights. But is it true? Anyone can see that biology grants advantages to some and not to others. Still, we find such expressions of equality fundamental and true. Beginning with the biblical command to “love thy neighbor as thyself” to Justinian’s alterum non laedare (do not injure others) to Kant’s admonition that men are “ends in themselves” to John Rawls’s justice as fairness, we accept the equality of people and condemn racial prejudice.

The Constitution grants Americans “equal protection of the laws,” but this commitment has been tested, notably when it comes to university admissions. While we now see that racial differences do not permit disfavoring African Americans in the admissions process, the opposite question, whether we may favor African Americans over white applicants, is now a heated question, pending in the Supreme Court.

Consider a few hypothetical cases. Romulus University, a state institution, has long had a reputation for great basketball teams. To maintain that reputation, its admission policy has long favored tall over short applicants. Many more tall men are admitted than is found among other college students in the state.

A second case: Remus University, also a state institution, has a distinguished history of academic achievement. The school accepts a proportion of African-American students that is substantially lower than that of qualified African-American high-school graduates throughout the state. The administration admits that the school favors whites over blacks in close cases, believing that whites will eventually enhance the school’s academic standing.

Ignoring legalities, which of the two schools is acting unethically?

The policy of Romulus does not diminish shorter applicants; it simply reflects a preference for applicants who are likely to develop into basketball stars. The ability to play basketball is not constitutive of a student’s humanity. Romulus is not morally delinquent.

A third case: Remus University mends its ways. It now favors African Americans over whites. Remus admits that its policy is designed to favor blacks in order to promote their speedy advancement. Is there a moral delinquency here? To be sure, any decision that turns on an applicant’s race—an essential element of his humanity—is morally culpable with respect to the disfavored applicant. Given the baleful effects of slavery, the culpability of Remus’s new policy is mitigated by its salutary social purpose. That it remains injurious to the white applicant is doubtless true but excusable, just as we excuse favored treatment of the disabled on buses and trains.

Translation of these ethical norms into legal ones is governed by a soft standard: “equal protection of the laws.” Even a discarded decision of the Supreme Court conceded that the purpose of the Fourteenth Amendment was “to enforce the absolute equality of the two races.” (Plessy vs. Ferguson, 1896). That did not mean that a quota could be set for the admission of fixed percentages of African Americans to a medical school (Regents of the University of California v. Bakke, 1978). It did mean—at least to five Supreme Court justices—that race might be a “plus” factor in “individualized” consideration of applicants to Michigan’s law school (Grutter vs. Bollinger, 2003). Did that vindicate affirmative action? Not if it meant assigning African-American students to a particular school to maintain a predetermined racial balance (Parents Involved in Community Schools vs. Seattle, 2007). In that case, Chief Justice John Roberts spoke for a conservative majority of five: “The way to stop discrimination on the basis of race is to stop discriminating on the basis of race.”

Can affirmative action survive Roberts’s epigram? Recently the Court heard arguments in the case of Fisher. Denied admission to the University of Texas, Fisher, a white student, claimed unconstitutional injury. Under state law, the admissions plan at the university automatically admitted the top 10 percent of high-school graduates. Fisher was not among that select group, but was in the running for one of the 1,216 remaining places. Criteria for the latter group permitted review of applications of merit not reflected in the academic index. Race was not considered individually; it influenced scores very little. The Grutter model was closely followed. The program was approved by the lower courts, resulting in the exclusion of Fisher. It is now feared that the Roberts Court may use Fisher’s claim, and Roberts’s epigram, to kill affirmative action.

In Grutter, Justice Sandra Day O’Connor, now retired, claimed that Michigan’s “individualized” program of affirmative action, if left in place for a generation, would bring an end to racial inequality. The Equal Protection Clause isn’t an instruction manual for remedying inequality. It invites pliant solutions. As Aristotle said, a wise man does not seek for greater precision than the subject allows. Justice O’Connor’s noble experiment gives effect to the moral demands of the matter and should be allowed to proceed. 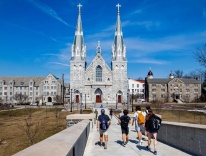