The Controversy of Valladolid | The Last Days of Judas Iscariot

Utter the words “theatrical” and “trial” these days, and four-fifths of the populace will think of Michael Jackson. But a world away from that media circus, an off-Broadway theater has been giving the concept of courtroom theater a far different and more high-minded spin. Within the space of a week, in February, New York’s Public Theater opened The Controversy of Valladolid, by Jean-Claude Carrière, and The Last Days of Judas Iscariot, by Stephen Adly Guirgis-two noteworthy dramas that use the scenario of a tribunal to probe the mysteries of creation and salvation.

That sounds like a pretty strenuous exercise, and indeed, neither play caters to theatergoers craving light entertainment. Carrière’s work (which ran through March 13) concerns a sixteenth-century ecclesiastical argument; Guirgis’s (extended through April 3) explores the moral culpability of Jesus’s treacherous disciple. Both scripts allude to the Old and New Testaments and the oeuvres of various philosophers; both deliberately leave the theatergoer in a place of spiritual discomfort.

The perturbation is a little easier to define in the case of The Controversy, an ingeniously cynical play that feels timely, despite its costume-drama trappings. Originally written in French by Carrière (author of the legendary stage version of The Mahabharata and numerous screenplays, including the recent Nicole Kidman vehicle Birth), the play has been translated into English by Richard Nelson.

Based on a real incident, The Controversy is set in the year 1550, a half-century into the Spanish conquest of the New World. In a monastery in the Spanish city of Valladolid, three priests and a philosopher meet to resolve a thorny issue: do the native Indians of the Americas have souls, and should they be treated with the same respect as Europeans? Serving as the Indians’ advocate is Bartolomé de Las Casas, a Dominican priest who is aghast at his fellow Spaniards’ slaughter of the natives. On the opposing side, philosopher Ginés de Sepúlveda argues that the exploited people are not fully human, and that God is on the side of the Spanish-were it not so, would the natives have succumbed so swiftly to European illness? Christ, he reminds the others, said, “I came not to bring peace, but the sword.”

These arguments give The Controversy a satisfying intellectual heft that grounds the meticulous performances-Gerry Bamman’s bursts of sorrowful outrage as Las Casas; the chilling serenity of the Pope’s Legate (Josef Sommer), who serves as judge. But the production’s most theatrical moments occur when the Legate ferrets for empirical evidence to guide his decision, bringing in natives he’s imported from the Americas. In one particularly unnerving scene, he unleashes a jester (William S. Huntley III) on the terrified Indians, because it’s said that laughter separates humans from beasts. Will the Indians smile at the clown’s cavorting? Will the female Indian protest when the Europeans threaten her child? These sequences are riveting because they put the audience in the same position as the characters, who are searching for revelation in behavior and events. Carrière forces us to wonder if we can ever really know the other or understand history-themes eerily relevant to the West’s current conflict with Islam.

A less focused but even more impassioned arraignment of the universe arrives with The Last Days of Judas Iscariot, probably the most ambitious piece of cosmic mapping to hit the stage since Angels in America. The ultra-cool and increasingly celebrated Guirgis (a longtime member of LAByrinth Theater Company, which is coproducing the show) sets his play in a gritty corner of Purgatory-a spot not unlike the New York he chronicled in Our Lady of 121st Street. Here, a bureaucratic courtroom is the site of the trial of Judas Iscariot, whose case has been put to appeal by the scrappy, foul-mouthed St. Monica (“I birthed the mothahf-,” she says in one typical remark, speaking of St. Augustine, “and when he started messin’ up, like all the time and constantly, I nagged God’s ass to save him!...You could look that s- up!”)

With brazen irreverence, Guirgis mixes urban sass with New Testament references, church history, biblical scholarship, and, it occasionally seems, anything else that comes into his head, some of it presumably stemming from his confabs with Rev. James Martin, a Jesuit who acted as theological adviser to the production (see Commonweal, December 3, 2004). The result is a sprawling work that refers with equal confidence to Philo of Alexandria and Shaquille O’Neal; the Book of Ezekiel and Hallmark cards; Thomas Merton and the Duvaliers and the Incredible Hulk. The characters include Mother Teresa, Pontius Pilate, Sigmund Freud, and also Satan, played with thrilling nonchalance by Eric Bogosian. It’s metaphysical speculation and hip-hop wisecracking-theology with “street cred.”

Does Judas really deserve his bad rap, the play asks? Couldn’t his actions be blamed on mental illness? (Ask Freud.) Aren’t some other folks equally responsible for Jesus’ death? (Ask Pontius Pilate and Caiaphas). Moving to a different issue: doesn’t Iscariot deserve God’s forgiveness as much as anyone else? (Ask Mother Teresa.) Interspersed with the testimony of the truculent witnesses are scenes that examine the matter from another point of view: monologues by St. Peter and St. Matthew, for example. Some of these moments are extraordinarily moving, both because their sobriety contrasts with the courtroom shtick, and also because their twenty-first-century perspective and colloquial tone gives an unusual intimacy to sacred subjects.

There are numerous other virtues to the production, which is directed by movie star Philip Seymour Hoffman, LAByrinth’s co-artistic director. The slangy insolence of Purgatory’s residents is funny and compelling, and the courtroom premise generates some riotous confrontations. Jeffrey de Munn creates a hilarious portrait of the ultracranky judge, while Sam Rockwell provides a poignant but creepy leitmotif as a Judas who’s gone catatonic in the afterlife. The Public’s slightly dilapidated Martinson Hall creates some problematic acoustics, but its echoing roominess suggests the loneliness of the universe in which the characters are caught.

Partly because it is so ambitious, Last Days has a distinctly woolly quality; it feels unfinished, and the second act, in particular, is overlong. Flaws notwithstanding, the play’s no-holds-barred religious scope, coming from the pen of such a fashionable playwright, makes it a landmark event in the contemporary American theater. In staging it virtually simultaneously with the Carrière piece, the Public has landed a remarkable one-two punch, one that will leave audiences existentially uneasy. Leaving the theater after either performance, one feels like repeating the Legate’s remark in The Controversy: “Everything in God’s earth has meaning, but what meaning?” 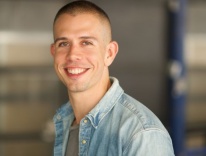