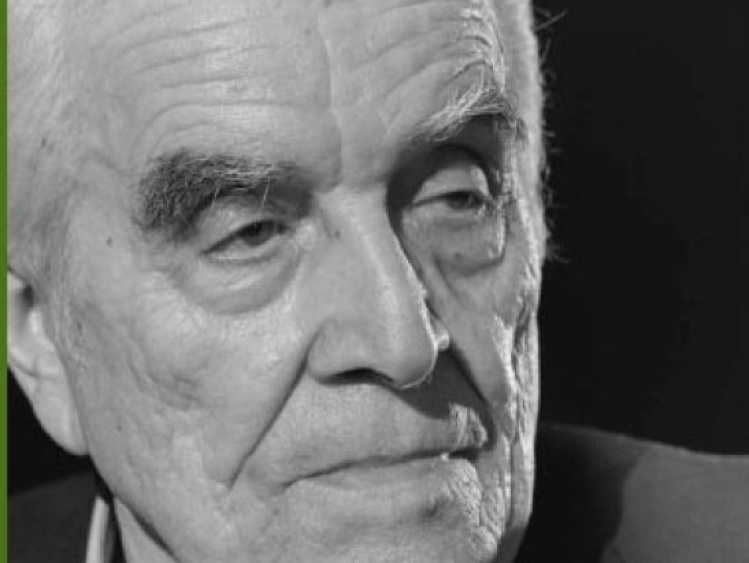 “You’ve turned my son into a Girardian.”

I could not tell if the colleague who said this to me intended it as an accusation, as praise, or as a lament. Nevertheless, he had unwittingly testified to the plausibility of René Girard’s theory, at the heart of which is the idea that desire is contagious. His son had been infected by my enthusiasm for Girard’s work, or, as Girard would say, he had borrowed my desire. I wasn’t surprised: Almost without exception, students respond favorably to Girard’s work in ways they don’t to other thinkers. In some cases, the encounter with Girard changes their lives—as it has certainly changed mine.

René Girard died on November 4 at the age of ninety-one. Born in Avignon, France, he had been professor of French language, literature, and civilization at Stanford University since 1981. In 2005 he was elected to the Académie Française. Trained as a historian, he was also a literary theorist and an anthropologist of culture and religion. With characteristic modesty, Girard described himself as a researcher who had done no more than to bring to the attention of others ideas about human relationships and culture already present in the writings of great novelists and playwrights (particularly Shakespeare), and in the Bible.

At the heart of his thought are three interconnected insights. The first (and perhaps the most fundamental) is the claim that human desire is mimetic, or imitative. His second is the understanding that conflicts generated by mimetic desire are resolved by means of scapegoating either single victims or vulnerable groups. The third (and most controversial) affirms the role of the Bible in exposing scapegoating and revealing a God who takes the side of victims.

To say that desire is “mimetic” is to say that we desire according to the desire of others whom we take as models (often without even being aware that we are doing so). It is the model who brings our desire into existence through his or her own desire; objects acquire value not because of their intrinsic qualities but because they are desired by others. To modern individualists convinced of the uniqueness and spontaneity of their desire, the notion of mimetic desire may sound counterintuitive or off-putting. But far from being an affront to human spontaneity or freedom, the capacity to be affected by the desires of others is the very thing that makes it possible for us to become persons in the first place.

Unfortunately, mimetic desire can lead to rivalry, conflict, and eventually violence. A model can become a rival when desire converges on the same object. The mutually reinforcing character of mimetic desire means that rivals easily become obsessed with one another, even after the desired object decreases in importance. Mimetic desire is highly contagious; personal conflicts radiate outwards, factions form, and social ties begin to fray. The ensuing chaos is brought to an end by the group’s selection of an arbitrary victim who is blamed for the crisis. With the collective murder or expulsion of this scapegoat, peace is restored. Social stability is purchased at the expense of the victim, who, as the “miraculous” source of the newly reconstituted order is frequently divinized. Ritual human sacrifice repeats the beneficial act and ensures that the community will not fall back into chaos. For Girard, sacralized violence is the foundation of both religion and culture.

Of course, scapegoating only works to the degree that those who scapegoat misunderstand what they are doing. Persecutors do not collectively agree to destroy innocent persons; they must be convinced that they are punishing the guilty. The innocence of the victims must remain unacknowledged if scapegoating is to be effective. According to Girard, myths are stories told from the perspective of the persecutors, in which the voices of victims are never allowed to emerge. The Bible exposes these delusions, portrays God as taking the side of victims, and reveals that God has nothing to do with violence. The exposure of scapegoating and the identification of God with victims reaches its apex in the Passion narratives of the gospels. Girard argues that we have yet to catch up with the insights contained in the biblical text, since humankind resists giving up the scapegoating mechanism that has served it so well—especially given the fact that we remain blind to our own complicity in scapegoating and do not realize how deeply embedded it is in our institutions and practices.

Taken together, Girard’s three fundamental insights possess extraordinary explanatory power. Romantic triangles, workplace politics, the obsessive pursuit of status, globalization, terrorism, archaic religion, psychology, literary analysis, and Christian theology—these seemingly disparate phenomena can be understood in their interconnectedness when interpreted through the lens of mimetic theory. After first encountering Girard’s thought nearly twenty years ago, I quickly realized that if he was correct, I would have to rethink and re-appropriate almost everything I thought I knew about Christianity, religion, desire, violence, and culture. Thankfully, I did not have to start from scratch, due to the remarkable work of theologian James Alison and the pioneering work of Raymund Schwager, S.J., and his colleagues at Innsbruck. These theologians represent just a few of those involved in applying Girard’s insights not only across the academic disciplines, but also in pastoral practice and spirituality.

Girard himself was unfailingly encouraging to those who had an interest in his work, and I remain forever grateful for his support and kindness. In 2005 I was invited to take part in week-long seminar with him at Stanford. It was the best academic experience of my life. During that week, he and his equally gracious wife Martha welcomed us to their home, where I first realized that lemons grow on trees (René told me to help myself). When I applied for the rank of full professor a few years later, it did not hurt to have a letter of recommendation from a member of l'Académie Française. René Girard was a person of grace and humility who never claimed that his theory could explain everything. When I teach his work, I remind my students that the strength of a theory is not to be judged by whether it admits of any exceptions (since all theories do), but by how much the theory actually explains.

By this standard, René Girard’s thought is nothing less than astonishing.

John Ranieri is director of the University Honors Program and the Thomas and Ruth Sharkey Professor of Humanities at Seton Hall University.