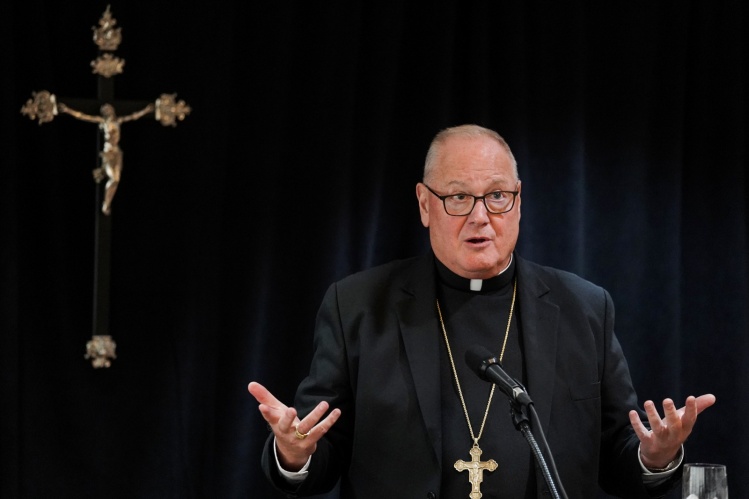 Paul Elie, a friend and valued contributor to Commonweal for nearly three decades, has written a long article for the New Yorker on the renewed upheaval over clergy sexual abuse. It is a confusing and ultimately disappointing piece, which conflates older crimes and contemporary revelations while providing little explanation for the varying patterns of priestly sexual abuse and the church’s different responses over the past fifty years.

In the print edition of the New Yorker, the article runs under the title “Acts of Penance: Will outside arbiters correct the Church’s history of abuse or enable its legacy of evasion?” How could anyone “correct” the church’s “history” of abuse? There is the history, abominable and inexcusable, yet only occasionally portrayed with any sense of perspective by the mass media today. Then, presumably, there are efforts undertaken to confront that history, attend to victims, and put procedures in place to assure, as well as possible, that such abuse does not occur again. Although it is unquestionable that in many parts of the world the church continues to cover up sexual abuse by priests and bishops, it is not at all clear that “evasion” is a fair description of how most dioceses in the United States have handled accusations of child abuse since the promulgation of the Dallas Charter in 2002. Peter Steinfels’s remarkable analysis of the flaws in the Pennsylvania grand-jury report, which Elie does not mention, showed that the dominant media narrative of a U.S. church that continues to evade responsibility for its history—arrogantly refusing to change its archaic ways in order to protect children—is in essential aspects false.

Much of Elie’s essay is concerned with personal history, including his own disturbing experience of being groped by his Jesuit spiritual adviser when he was a twenty-year-old student at Fordham. The article opens, however, with a wide-ranging description of the cast of sexual predators—many of them dead—who once served in the parishes and schools in Elie’s Brooklyn neighborhood. Historical context is blurred, as the names and crimes of long-dead and still-living abusers are linked geographically, but not clearly differentiated chronologically. We eventually learn that at various times five accused priests had staffed the church of St. Boniface, now the home of the Brooklyn Oratory, where Elie himself attends Mass. These priestly “specters,” Elie writes, haunt the Brooklyn Oratory, just as the history of clergy sexual abuse haunts the entire Catholic Church. Even Elie’s now-deceased great-uncle, once the bishop of Burlington, Vermont, is brought to account for evidently ignoring abuse that took place at a Catholic orphanage. “Either he was aware of the abuses at the orphanage and abided them or he ought to have been aware but remained in willful ignorance,” Elie writes. A willingness to indict an uncle is bravely honest, but a peremptory condemnation of the dead, who cannot defend themselves, can be something else. It is not always easy to determine what is willful ignorance and what is just plain ignorance, even when you can question the presumed offender. Some of the incidents of sexual abuse by priests were so obscene, so bizarre, that many people, including parents, refused to believe victims. The inability to trust victims’ stories was one of the most damaging aspects of abuse, but that incredulity was not merely a question of willful ignorance.

At the heart of Elie’s piece is a description of the Independent Reconciliation and Compensation Program (IRCP), set up by New York’s Cardinal Timothy Dolan and then joined by other dioceses. The program, administered by Kenneth Feinberg and his associate Camille Biros, assesses accusations of abuse and determines how much money the church should offer victims. If a victim accepts the IRCP offer, he or she gives up the right to sue the diocese. Feinberg and Biros have an impeccable reputation for rigor and fairness, having done the same thing for the victims of the 9/11 attacks, the Deepwater Horizon disaster, and the Boston Marathon bombing. Their “lenient standards of evidence” have encouraged hundreds of abuse survivors to use the program rather than risk a lengthy court battle, resulting in hundreds of millions of dollars in payouts.

What Elie seems to be demanding is a kind of show trial, where bishops are made to confess the sins of others before a jeering audience of New Yorker readers.
sharetweet

Elie seems to find the IRCP a dubious alternative to the final accounting he thinks the church needs to make, despite the fact that it was the IRCP that brought to light accusations of abuse against former Cardinal Theodore McCarrick. “Is the church today essentially outsourcing a reckoning with its past?” he writes. The answer to that is obvious. Yes, it was necessary for the church to outsource compensation to an independent body, because no one trusted the church to do it. After all the cover-ups, who would? Elie complains the program is “part compassion, part public relations” because it strives for “a collective sense of resolution.” But what is the alternative? Elie never proposes one. He seems to suggest that any legal defense conducted by the bishops is moral betrayal, that a shared sense of resolution is a further injustice. No matter what the church does, it is doing an inevitably self-serving thing out of bad motives. This is a damned-if-you-do-damned-if-you-don’t kind of argument. While the bishops have an obligation to reach out to abuse victims, they also have a fiduciary responsibility to resist unreasonable demands and to defend priests who may be wrongly accused. False accusations are rare, but they do happen. As Elie writes, “compensation programs for priestly sexual abuse are comparatively inexact: they involve weighing intangibles to determine, first, what happened, and then what sum of money represents appropriate compensation.” By most accounts, there are few people better at this delicate calculus than Feinberg and Biros.

Elie also suggests that Dolan established the IRCP because he expected that the statute of limitations for sexual-abuse cases was going to be lifted, exposing the church to a new wave of suits. But it is not clear why taking such a step should be damning. Was Dolan supposed to do nothing as he awaited yet another avalanche of litigation, one that might bankrupt the archdiocese, jeopardizing everything else the church does? Are his motives simply malign? Are bishops no longer allowed to make the case for what is good and decent about the church, despite its errors?

Finally, Elie seems to settle on the idea that reconciling with victims and regaining the trust of lay Catholics will occur only after the church divulges in explicit detail the acts of every sexual abuser. He makes this point to Cardinal Dolan in an interview. But as Dolan points out, and Elie reports earlier in the piece, victims who choose mediation with the IRCP are not bound by any confidentiality agreement. They are entirely free to tell their story, and so it is not clear why Dolan should be compelled to testify about the details of these incidents. Nor does Elie remark on the fact that some victims may not want the details of their trauma revealed. His questioning of Dolan comes across more as an act of shaming than an inquiry into the facts or the pursuit of a “comparatively inexact” truth. What he seems to be demanding is a kind of show trial, where bishops are made to confess the sins of others before a jeering audience of New Yorker readers.

Despite its many failings, the church continues to insist that come Judgment Day, all of us, including the clergy, will be held responsible for our sins. Isn’t that a truth worth affirming?
sharetweet

In his conclusion, Elie runs down the list of usual suspects thought to be at the root of priestly sexual abuse: celibacy; a gay subculture of secrecy and blackmail; patriarchy; clericalism. “Beneath all these problems is a problem of truth,” he writes. But here two kinds of truth are conflated. “People are Catholics because they believe there is truth to the story the church tells,” but they will not remain Catholic if the church “shrinks from the truth about its own past,” he writes.

Like most human institutions, the church has long avoided telling the truth about much of its past. That includes the persecution of the Jews, the forced conversions of conquered populations, the decadence and greed of popes, the countless “faithful” fascists and fascist-sympathizers, the blessing of too many wars, and on and on. What is the temporal history of the church but a history of betrayal and failure? What is the drama behind the story of Jesus but betrayal by his disciples? “Much of Christian culture today seems to dispel faith rather than call it forth,” Elie wrote in Commonweal twenty-five years ago in acknowledging this fact (“My Patron, Thomas the Doubter”). “We look around us, and don’t see signs and wonders but a broken world, a fractious people, and no end in sight, just length of days unfolding further and further away from the moment of truth.”

Yet somehow, thanks more to those ultimate truths than to the clergy’s virtue, the church survives (in many places just barely) and continues to shape the lives of millions for the better. That familiar paradox is no longer a consolation for Elie. The life, writings, and canonization of John Henry Newman—once presumably an inspiration—now epitomizes for Elie Catholicism’s fundamental corruption and the falseness of its truth claims. Newman was a towering intellectual figure, but he could not tell the truth, Elie charges, about his own homosexuality, a fact supposedly confirmed by his request to be buried alongside Fr. Ambrose St. John, whom Newman called the “one great love of his life.” Does Elie really think Newman understood this “great love” in sexual terms? That reading of Newman’s life is anachronistic at best. Yet Elie writes that Newman’s defense of Catholic teaching cannot be trusted, because as his contemporary critics knew and the sexual-abuse crisis reminds us, Catholic priests cannot be “trusted to tell the truth.”

What truth are we talking about here? That indictment slides from the now notorious, but hardly surprising, fact that priests and bishops are fallible human beings, to the larger question of whether what the Catholic Church professes about the nature, dignity, and destiny of human life is true. Despite its many failings, the church continues to insist that come Judgment Day, all of us, including the clergy, will be held responsible for our sins. Isn’t that a truth worth affirming when trying to come to terms with the horrors of child sexual abuse? As the victims have often so eloquently testified, a just recompense for their suffering, and for the theft of their innocence, is not possible in this world.