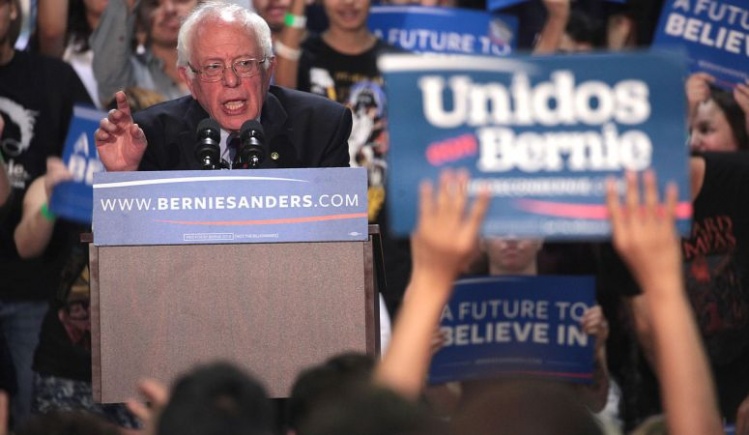 The success of Bernie Sanders’s insurgency is a marvel and an achievement.

His showing is a mark of the anger and frustration felt by so many Americans over the abuses of capitalism that led to the crash of 2008. With the help of millions of voters, especially the young, he has broadened a political debate long hemmed in by the dominance of conservative assumptions and the stifling of progressive aspirations.

Sanders has put a progressive alternative to Obamacare (a single-payer system) back on the political agenda. He has offered a sweeping plan to provide free public college education for all Americans, and spoken indefatigably about the corrupting influence of money on our political system.

After hearing an endless stream of preposterous attacks on President Obama as a socialist, we now know what the real thing looks like. And many more Americans now realize that the words “democratic socialism” refer to popular movements in rather attractive places (Denmark, Norway, Sweden) and not to the old Soviet Union.

But there is another reality about Sanders’s effort. He has lost the Democratic nomination to Hillary Clinton. He was defeated not through trickery or manipulation but in the democratic way: by voters casting ballots.

Before Tuesday’s primaries in Kentucky and Oregon, Clinton had secured 12.5 million votes to Sanders’s 9.4 million, a healthy majority. Among elected delegates, Clinton led, 1,716 to 1,433, according to the Associated Press count. Add in the preferences of “Super Delegates,” officeholders and party officials who get seats at the National Convention, and Clinton had 2,240 delegates, 143 short of the 2,383 she requires.

In apparently winning Kentucky while losing Oregon in Tuesday’s primaries, she pulled to within less than 100 delegates of the majority she needs. The Democrats’ system of rewarding delegates proportionally means that—as a matter of pure math and because there are so few contests left—Sanders cannot prevail.

Sanders has certainly earned the right to compete to the last primary, as Clinton did against Barack Obama in 2008. But it is time for Sanders and his supporters to recognize that they share with Clinton and her backers the imperative of preventing Donald Trump from becoming the next president of the United States. Sanders would violate everything he stands for if he did anything to ease Trump’s election.

And a certain bitterness is setting in on the Democratic side that really could be damaging, exemplified by the angry fracas at the Nevada state Democratic Convention on Saturday. The over-the-top reaction of Sanders supporters over a couple of delegates who won’t affect the outcome speaks to the urgency of peacemaking.

The questions for Sanders and Clinton should not be what his terms of surrender are or what “concessions” Clinton ought to make. To cast matters this way implies a zero-sum game and a cold peace. What they need to find, to use the venerable labor movement term, is solidarity.

Sanders has already pushed Democrats (and the entire national dialogue) in a more progressive direction. He wants to lead an enduring movement that will continue the battle against privilege and inequality. His hopes for turning his troops into a formidable long-term electoral force will face their first test in the battle against Trump.

And Clinton needs what Sanders has to offer. He has made his campaign about something larger than himself. She hasn’t done this yet. She can start by turning the Democratic Platform into a fighting document, which is what Sanders has always hoped it would be.

The core policy differences between Clinton and Sanders relate less to goals than to the speed and means through which they’re achieved. Both favor universal access to health insurance, both want to make higher education far more affordable, and both want a big increase in the minimum wage. But in all these areas, Clinton advocates step-by-step approaches and questions the practicality of some of Sanders’s initiatives.

Their meeting point should be around a concept offered by Michael Harrington, the legendary American socialist: “visionary gradualism.” It’s not a slogan but a steady approach to lasting reform that takes into account the urgency of undertaking change, the difficulties of achieving it, and the disciplines that democracy imposes.

Sanders wants the party to have a more ambitious vision. This is exactly what Clinton must show voters she has. For both of them, coming together should reflect their shared commitment to taking the country in a direction very different from the one that leads to Trump’s walls, intolerance, authoritarianism, and policy-free sorcery.