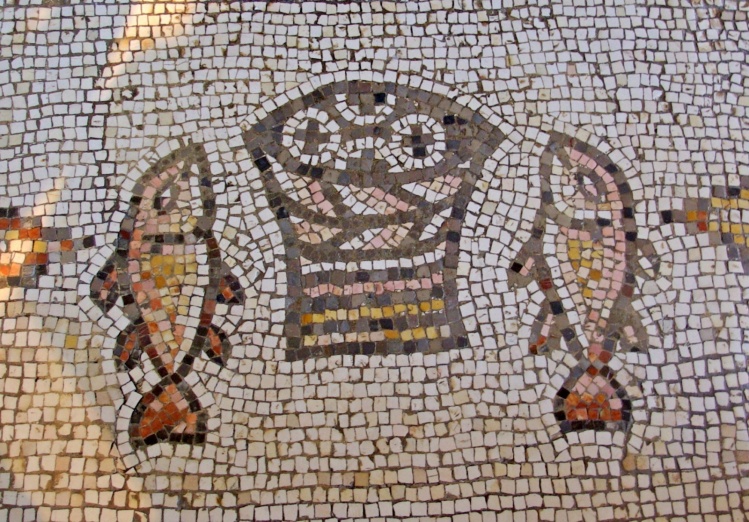 Do you have a nativity scene or crèche in your church, your town, your home? Do you think of these statues as idols? Can divine presence be mediated through metal or stone?

The tradition of the crèche may not be ancient, but these underlying questions are as old as ancient Israelite monotheism, with its strong critique of idolatry. And the Christian relationship to divine presence in three-dimensional images has been fraught from the earliest centuries.

Christians retained some aspects of the traditional Jewish disdain for divine statues, even while claiming a unique earthly presence of God in the epiphany of Jesus Christ. At the same time, Christians mimicked some motifs of Roman artistic imagery, while not imitating—at least for a few centuries—what was arguably the most prominent form of imperial art for divine rulers: statues and portraits.

If the divine presence of Christ was not mediated through statues, then what did early Christians do instead? A full answer would involve holy objects, relics, textual revelation, prayer, song, and all manner of rituals. In a recent book about what happened to Christian visual culture after the conversion of Constantine, The Art of Empire, my contribution focused on the artistic and ritual forms that came to occupy the very same spaces that divine statues occupied in the apse of a basilica: mosaics and the eucharist.

Christian mosaics of Late Antiquity were not fully three-dimensional—the viewer could not walk around them, as with a statue—but neither were they merely two-dimensional. With their raised texture and shimmering presence of light, they seemed alive and interactive with a viewer in ways that other media did not. They thus answered to some degree the human desire for three-dimensionality in worship that had been met by statues.

Whereas mosaics occupied the walls above or the floor below, divine statues in antiquity typically stood on a pedestal at the focal point of a ritual space. For post-Constantinian Christians, what occupied this nexus was not so much art, but ritual. In temples of traditional Roman religion, altars were not in the apse but usually outside the front entrance, while “the apse was a show-case for the cult statue,” in the words of Beat Brenk. “But in Christian churches the apse became a background for the cult service.” The eucharistic liturgy on the altar of a basilica or martyr shrine thus mediated the presence of the hoped-for divine power, in place of a statue.

The Roman mindset presumed the visibility and embodiment of the gods; the Christian negotiation of its Jewish heritage and its newly emphasized Roman-ness thus brought the body of their god, “the body of Christ,” to the place where a statue might have stood. They did not multiply and disseminate the divine presence of Christ through replicated statues, but through a different notion of visibility and embodiment—the flesh and blood of the body itself.

The art of mosaics and the liturgy of eucharist were media of divine presence that also largely avoided the potential problems of divine statues. Notwithstanding the imperial motifs on display in some mosaics of Christ, these were not likely to be confused with images of emperors or other gods, as statues might have been. Mosaics were also acceptable in Jewish synagogue art of Late Antiquity, a tradition simultaneously developing its own iconography and media. With the eucharist, Christians did replicate a body of Christ, but one of flesh and not stone or metal, as denounced in biblical idolatry critique. Through both mosaics and the eucharist, the divine presence was thus mediated in a tangible way, while continuity with Jewish rejection of divine statues could plausibly be defended.

A final, crucial difference from statues is that both mosaics and the eucharist were—though undoubtedly holy—not whole. Whereas statues can be broken by their iconoclastic opponents, these media radiate brokenness by design. The very form of a mosaic issues forth in fragments. There is no materially uniform place where one can point that captures divine presence, as with a statue of unbroken marble or silver. A mosaic negates by its very nature the presumption of idolatry, since it comes pre-broken, confessing the insufficiency of its own image.

So too with the eucharist: in place of a statue of Christ stood individuals around a consecrated Christ in the form of broken bread. The textual traditions related to the eucharist emphasized its essential brokenness, frequently using the Greek word for “broken” or “fragment” to signify the ritual. This divine presence was made to be broken. Contrary to a statue, what made this presence real was its fracture.

* for a full scholarly version of these ideas, see The Art of Empire: Christian Art in Its Imperial Context (ed. Lee Jefferson and Robin Jensen; Fortress, 2015).