The Catholic Imagination, Then & Now 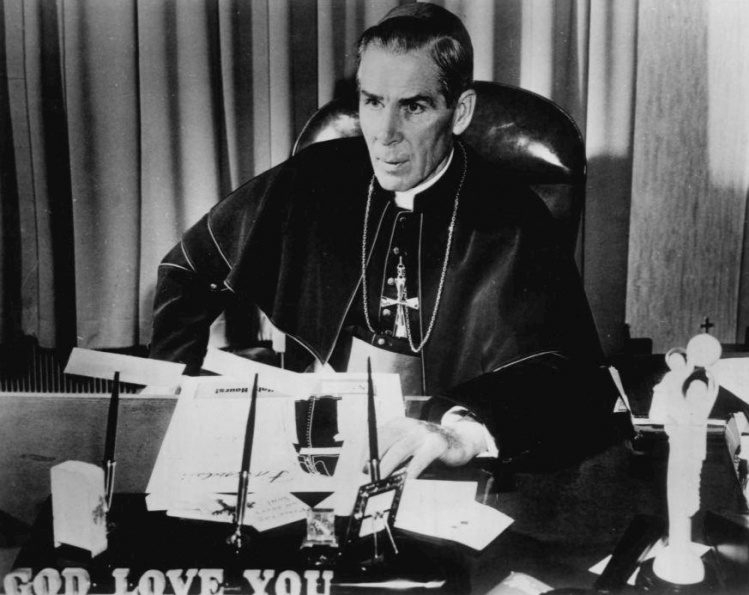 I recently spoke, alongside my colleague Dominic Preziosi, at Fordham University’s Lincoln Center Campus at a conference on “The Future of the Catholic Imagination.” Joining us on the panel was America Editor Matt Malone, and that magazine’s Executive Editor Kerry Weber; former Commonweal editor and long-time contributor Margaret O'Brien Steinfels was the moderator. Thanks to Angela O’Donnell, associate director of Fordham’s Curran Center for American Catholic Studies, for inviting us to participate.

The conference was, at least in part, an extended response to the poet Dana Gioia’s 2013 essay in First Things about what he characterized as the crisis of the contemporary Catholic writer and the relative absence of a Catholic literary presence in the larger secular culture. Gioia looked back to the immediate post-World War II years as the high-water mark for the visibility and influence of Catholic writers in America. Near the end of Gioia’s essay he wrote: “The necessary work of writers matters very little unless it is recognized and supported by a community of critics, educators, journalists, and readers.”

The historian Kevin Starr subsequently wrote a very interesting and informative essay, The Lost World: American Catholic Non-fiction at Midcentury, in response to Gioia’s article. It is published by Wiseblood Essays in Contemporary Culture. Starr agreed with Gioia, but added that “a strong component of the sustaining Catholic culture in that era that resulted in such notable fiction and poetry was an all-pervasive and equally productive non-fiction culture.”

Starr goes on to describe the success of midcentury Catholic publishing houses such as Sheed and Ward, the significant number of non-academic theological books Catholics read, the plethora of Catholic publications, including Commonweal, America, and National Review—which he amusingly describes as a “lay-edited Commonweal in reverse”— and the remarkable growth of Catholic colleges and universities. The decades-long presence of Archbishop Fulton Sheen on radio and then on TV is also noted. All of this suggests, Starr writes, “that the 1950s American Catholicism so central to Dana Gioia’s pioneering essay, while contemporaneous with a time of theological indecision and even confusion, was not devoid of multiple levels of commentary, ranging from the popular to the most profound, that created a force field for Catholic novelists and poets to absorb from their very environment the color, context, profundity, and dissonances of the American Catholic experience in the immediate post-World War II era.”

So it seems that we are all agreed that a once marginalized Catholic community and culture reached a certain density, acceptance, and influence in the immediate post-war period. Whether that culture was as receptive and encouraging of the sort of literary ambition Gioia and Starr celebrate is less obvious, at least to me. I’m not sure what the circulation of Commonweal was in the 1950s, but I doubt it ever got much beyond 20,000 (it reached its peak circulation numbers of 40,000 during the Second Vatican Council). The fact of the matter is that a magazine like Commonweal, which is not in any direct way a church publication, has never had a mass audience. There were of course several much more popular Catholic publications, but it is not my impression that they thought their purpose was in some way to support Catholic literary culture rather than Catholic mission and morality, especially morality. This was after all the era of the Legion of Decency pledge and the Index of Forbidden books. One of Gioia’s Catholic literary exemplars is the great short story writer and novelist J. F. Powers. If you read Powers’s letters (Suitable Accommodations: An Autobiographical Story of Family Life, edited by Katherine A. Powers), or Wilfrid Sheed’s underappreciated novel The Hack, you will discover that the “force field” Starr alludes to had some pretty big holes in it. How to make a living as a lay person writing for Catholic publications was one of them. Sheed’s protagonist in The Hack, a young father of five undergoing a spiritual crisis, usually got this sort of an offer from the Catholic publications he wrote for: “3,000 words on your favorite saint. No payment.” Or as the priest-editor of one magazine explains, no one in their right mind expects to actually make a living writing for the Catholic press.

In his letters, J. F. Powers writes with amusement and some exasperation about the reviews his first book, Prince of Darkness, a collection of stories, received in the Catholic press. This was in 1947.  “Fr. Egan, did I tell you, sent the review from the Catholic World….One of the worst ones, on the Sign order [Sign was another Catholic magazine], but worse.” Powers then quotes from the review. “With a few deft strokes he limns a character…There is an economy of incident and word…Simplicity of style and language does not conceal the telling phrase…Interest is sustained and suspense is not lacking.” Then comes the reviewer’s literary assessment: “A priest will rightfully be moved to irritation instead of meditation by the ineptness of the surgery that hacks rather than cuts cleanly.”

Powers then goes on. “In short, the whole Catholic works, or why we will never have a legitimate literary criticism. And who is the reviewer assigned to my book? He is the author of the forthcoming Judicial Philosophy of Justice Cardozo. God save us. I am seriously considering never appearing in a Catholic publication again. This is an extreme case of it, of course, but The Commonweal is only different in a degree. It is all contained in the evaluation of fiction. It is for women. Nonfiction, now, that is for men. Fiction is not taken seriously. We are still tied to the apron strings of all the old bores. Then too we are still in a ghetto, Catholics who write, or even read.”

The Sign reviewer had also found Powers’s depiction of the clergy—which would earn him the 1963 National Book Award for his wonderful comic novel Morte d’Urban—disturbing. “I would like to take Mr. Powers around and introduce him to some of the truly admirable priests that one has met,” the review concluded.

In another letter, in a comment I’ve always cherished, Powers remarks on his favorite Commonweal writer. “He is the only one not so fair-minded that it makes you tired.”

I will spare Matt Malone what Powers has to say about reviews in America!

In 1960, Powers writes scathingly in his journal after watching Archbishop Fulton Sheen’s popular TV show, Life is Worth Living.  Sheen’s topic was “Why the Gloom in Modern Literature.” “Appalling spectacle,” Powers writes. “Obviously knows little and cares less about the subject. Down on Graham Greene…No Americans mentioned….Only names to be mentioned favorably were Claudel and T. S. Eliot. They, he said, had their hands against the dike, holding back the tide of gloom. He is the personification of gloom himself, Sheen, and it depresses the hell out of me to think of his success, considering what he does to earn it. ‘Ham what I am’—all the way.”

Elsewhere Powers writes about going to a movie about Martin Luther and finding it “interesting.” He can’t imagine his co-religionists being able to pull that off. “If you would shake my faith,” he writes, “let me see a movie made under Catholic auspices.”

My point is rather simple. Back in the days of Fortress Catholicism, things—especially Catholic literary things—were not as good as many people seem to think, and things are not as bad today as people fear. If you are looking for what Gioia called a “community of critics, educators, journalists, and readers” interested in helping the Catholic imagination flourish today you need look no further than magazines like Commonweal and America as well as to the many other writers and editors participating in this conference. Commonweal regularly publishes serious literary criticism. Our 2016 Fall Books issue had two remarkable essays, one by Cassandra Nelson on Flannery O’Connor and another by Matthew Boudway on Cormac McCarthy. Our literary columnist, Anthony Domestico, writes regularly on the relationship between faith and literature and has conducted a terrific series of interviews with writers such as George Saunders, Christian Wiman, and Elif Batuman. We also publish poetry and fiction, and even dedicate our July issue to the subject. The novelists Alice McDermott and Valerie Sayers are frequent contributors.

Thanks to the internet, Commonweal now typically reaches an audience of more than a hundred thousand every month, which is far more readers than the magazine had in the immediate post-war period that Gioia and Starr celebrate. Like most magazines established in the print era, we face financial challenges, but like all “little” magazines Commonweal has always been a precarious enterprise. It is no more precarious today than it has ever been, and in other ways it has never been more stable.

In short, if you are looking for the sort of engagement between Catholicism and the secular literary and cultural world that Gioia seem to search in vain for you need look no further. Here we are.

In a somewhat more philosophical vein, I think the distinctive religious perspectives found in Commonweal and America can also help to hold back the tide of gloom that has enveloped certain pockets of secular culture. The novelist Marilynne Robinson touches on this aspect of religion in her forthcoming book in an essay titled “Integrity and the Modern Intellectual Tradition.” In that essay, Robinson warns about the dangers of what she calls a “constricted empiricism,” of a reductionist and merely materialistic understanding of life and human consciousness. Humanity is “an extraordinary instance of a pervasive complexity,” she argues. “Science has not proposed any way of accounting for this fact, not having been aware of it as a fact until quite recently. A theistic vision of the world is freer to see the world whole, as it is in itself, so to speak…. To speak as the theists did of lavishness, elegance, artfulness, is to introduce language capable of acknowledging that there is more to the world than its intricate economies of survival…. Classical religion brings assumptions of vastness and relation, and beauty, and wonder and humility before its subject, all very useful in giving reality its due.”

Yes, all very useful. Amen to that.

This essay is an edited and slightly expanded version of remarks delivered at the Fordham conference.