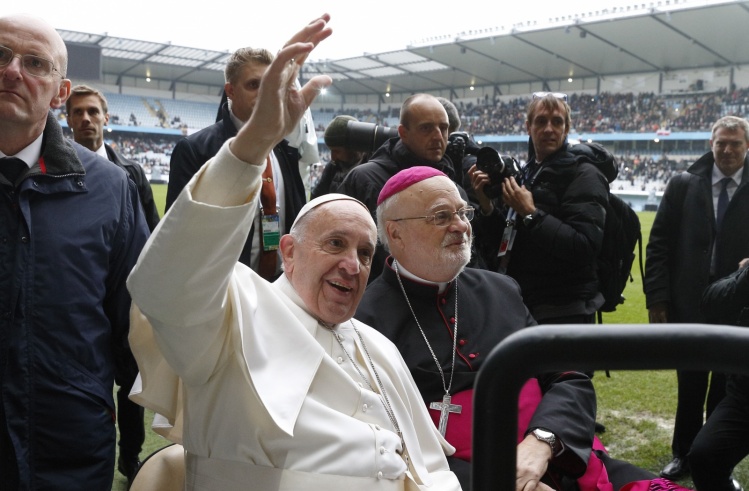 When Pope Francis announced another five appointments to the College of Cardinals last month, journalists and other observers of the Vatican were quick to assert that his selection showed a preference for those “on the peripheries.” This well-worn expression should be retired. It hides more than it reveals. These appointments are significant and interesting, but not so much because these cardinals-elect are “outsiders” to the traditional ecclesiastical power centers. What is interesting about them is their character.

Take for instance, cardinal-elect Louis-Marie Ling Mangkhanekhoun of Laos. Talk about “peripheries”—he doesn’t even have a diocese. He is the apostolic vicar of Paske, a territory that includes a million inhabitants and only 14,500 Catholics. His mission is focused on evangelizing animists living in the mountains. As of 2015, when he gave an interview to Asia News, he had a total of six priests in his charge. Six! Yet he cheerfully shepherds along what he calls his “baby diocese.”

The positive thing is that we have married catechists who are true missionaries, who go to live in the villages and become the ‘roots’ of evangelization. They go, live, they begin to build bonds.... We offer this experience to the seminarians. Seminary students must study three years, then they must stop for at least a year, up to three years to mature in their decision, but also for pastoral experience as catechists, carrying medicines, aid, prayers for the people of the mountain. They integrate with the villagers, live as the villagers do in everything.

Pardon me while I pick myself up from the floor. The married catechists put down the roots of evangelization? The seminarians follow them to gain pastoral experience as catechists? They do all this before they are ordained, during a gap year (or three)? They live as the villagers do? This sounds nothing like the hothouse environment seminaries typically strive to create in North America. Our bishops fear the corrupting influence of “non-priests” so much that their tender recruits are sequestered, not even allowed to share a classroom with lay catechists, much less learn from them or strive to integrate themselves with the people they will serve.

Or consider Bishop Anders Arborelius of Stockholm. Much has been made of his being the first Swedish-born Roman Catholic bishop since the Reformation. Catholics are about 1 percent  of the population of Sweden, hence more talk of “peripheries” (this time the wilderness consists of secularized Lutherans). From the outside, it may seem like Arborelius’s chief accomplishment is holding the Catholic fort. But a closer look reveals a different picture. David Michael reported on the situation for Commonweal last year:

As debates about immigration and refugees have engulfed Swedish politics, resulting in the closure of Sweden’s borders, the Catholic Church has come to be a major advocate for refugees. In Lund, a group of Catholics have banded together with the local Islamic Cultural Center, students, and a local Christian council to found Refugees Lund, which raises support and collects donations for refugees in Sweden and abroad. Not only can the Catholic Church in Sweden speak with the authority of a branch of the world’s largest religion, but it also can speak in the voice of the marginalized because it is comprised of the marginalized. It is, in short, a missional church.

Arborelius seems to understand what Francis calls “the ecumenism of walking.” He co-hosted the commemoration of the Reformation that the pope attended in Lund in 2016. He was also honest enough to go on television saying he informed the Vatican of SSPX Bishop Richard Williamson’s anti-Semitic remarks before Pope Benedict lifted his excommunication, which embarrassed the Vatican and earned him the wrath of Cardinal Dario Castrillon Hoyos. (Williamson was eventually ejected from the SSPX because of his views.)

Some of the talk about “peripheries” is economic. Francis has drawn cardinals from some of the poorest countries of the world. Archbishop Jean Zerbo of Mali, which ranks among the ten poorest nations on earth, is only the latest example (Francis earlier appointed cardinals from Burkina Faso and Haiti). But is this why Zerbo was chosen, or was it his role in the peace negotiations of 2012 when his country was torn apart by civil war, or his continuing work with Caritas Internationalis, a Rome-based Catholic organization committed to dignity, solidarity, and justice for the poor?

When Pope Francis appeared on the balcony on the night of his election he presented himself as one sought out from “the ends of the earth.” As we got to know him, however, his character as a person emerged and this has made a difference. After all, not everyone from faraway places eschews luxury, stands with the poor, or witnesses to the truth as Francis does. Similarly, saying that these new cardinals are “from the peripheries” tells us a fact, but it’s not enough. What matters in the end is character—that is where you find the gold.

Video 1 of Roundtable on Deacons, Women, and the Call to Serve