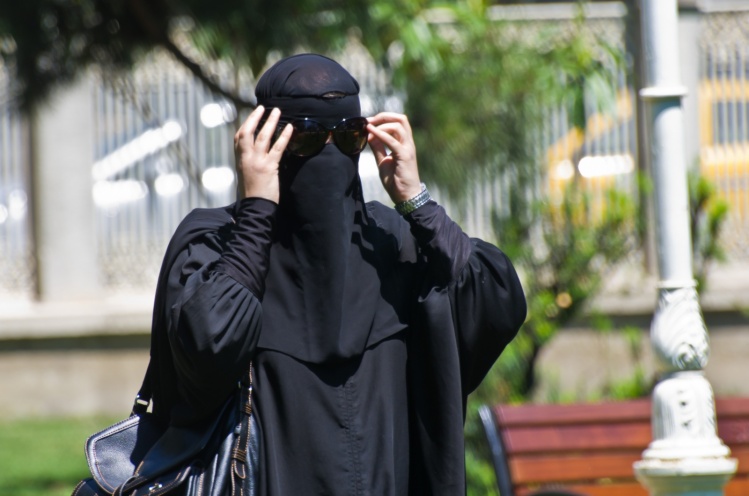 Let me update and expand a topic I’ve written about before: governmental actions limiting or banning the wearing of face-covering garments by Muslim women in western countries. The New York Times reported last week on the ongoing spread of burqa bans and their status in various countries: France, which was the first European country to enact them, in 2011; Germany, where recent legislation forbids wearing them in the civil service (a ban Bavaria extended to all teachers and professors); Austria, where a new law bans them from universities, courthouses, and public transit; and now Canada, where the Province of Québec joined the burqa-banning movement last week.

These bans rely on arguments invoking security and public safety, the fostering of assimilation among immigrant groups, and the protection of secular civic values; the European Court of Human Rights, ruling last summer in favor of a ban in Belgium, asserted that such laws “guarantee the conditions of ‘living together.’” But they strike an adverse response among Americans, who possess a quite different sense of what living together means and requires. Even with all our post-9-11 anxieties and our stingy, occasionally ugly readiness to view Muslim immigrants and refugees with mistrust, it is hardly imaginable that we would try to use our laws to ban a garment on cultural-political grounds. It’s just an instinctive non-starter for the overwhelming majority of Americans. This gap in instincts shows how fundamentally different most European nations are from ours.

I’m hospitable to the argument that extreme face and body covering reflect a patriarchal society’s attempt to keep women down. In this sense, the burqa represents values that I personally mistrust and reject. But... so what? Who am I to tell a Muslim woman what she should wear? The American instinct for tolerance is partly a legacy of our frontier libertarianism, but more positively it also signals an abiding acceptance of democratic pluralism. Pluralism means pledging (and learning) to cohabit with styles, speech, habits, and values that are strange to you, and in some cases even repugnant.

In his 1988 essay “On the Pursuit of the Ideal,” the political philosopher Isaiah Berlin defined pluralism as “the conception that there are many different ends that men may seek and still be fully rational... [as well as] capable of understanding each other and sympathizing and deriving light from each other.” Putting those different ends in proximity to each other in a pluralistic society, Berlin acknowledged, unavoidably creates conflicts; the goal, challenge and art of living in such a society consists in managing those conflicts, both personally and politically. It has to be done, if a society like ours is going to function. As Berlin wrote, “an uneasy equilibrium, constantly threatened and in constant need of repair,” is “the precondition for decent societies and morally acceptable behavior.”  Should we fail to maintain that equilibrium, he warned, “we are bound to lose our way.”

At the heart of the burqa bans—and what the European countries are currently facing—is a difficult reckoning with conceptions of nationhood that upset this equilibrium. Have the Europeans lost their way?  Did they ever really have this way to begin with? In Germany, the right-wing, anti-immigrant party Alternativ für Deutschland (AfD) won a landmark 13% percent of the vote, and 94 seats in the Bundestag, in last month’s elections—and the party’s leader, Alexander Gauland, promised on election night to “take back our country and our Volk.” All seasoned Germany observers immediately grasped that this was highly significant rhetoric. While the phrase “das Volk” translates as “the people,” it has a particular valence in Germany that it lacks in the U.S.  Here it is a political concept, as in, “We the people”; but there it means, implicitly, “the German people.” And who are the German people?

Have the Europeans lost their way?  Did they ever really have this way to begin with?
sharetweet

Well, that’s the burning question. As Times columnist Roger Cohen noted in a perceptive piece last month, Germany and other European nations are experiencing “a violent, reactionary current” that is “rightist, nativist, nationalist and, yes, völkisch”—ethnic, that is. The word has a complicated and ominous pedigree in modern German history. The refrain of “unser Volk”—“our people” —was such a central watchword of Nazi demagoguery that it became more or less toxic in postwar Germany; and it is distressing to see it become normalized. “Take back our country from whom?” Cohen asks, and then answers his own question: “The immigrant rabble... the half-breed hordes, and the Muslims who, for the AfD, serve as today’s Jews.”

Among European nations, the highly tolerant and pacifist-minded Germany of the past fifty years is well protected against resurgences of nationalist or racist authoritarianism. Yet the energies being unleashed there and elsewhere are unsettling. Recognizing this, Chancellor Angela Merkel proclaimed this fall that “the Volk is everyone who lives in this country.” Well, maybe. But ask your average German whether a 25-year-old Turk who has lived his whole life in Frankfurt or Berlin is German, and the answer will be “Nein.” How can he be German if he isn’t, you know, German? A völkisch sense of identity and belonging can’t be assigned by fiat—not even by as broadly popular a leader as Merkel.

Years ago I lived in Germany, and I recall a sunny spring day when I took a walk in a park by the Rhine, where a pedestrian footbridge rose over a wide promenade by the river. It was a Saturday and people were jogging en masse, and I stood on the bridge watching them stream past below. I was struck by the homogeneity of the crowd: hundreds of fit white people who all seemed to dress alike and even to run alike. A veritable herd of Germans!

In comparison, the American herd is an unruly chaos of giraffes, cats, hamsters, turtles, and parakeets. Rejecting ethnic conceptions of nationhood and national identity is an American commitment and creed that has been strengthened again and again, through successive waves of polyglot immigration. To be sure, each such wave brings a backlash; and with Trump, Bannon et. al as its fiery tribunes, we’re experiencing the strongest nativist movement in many decades, one in which explicit forms of white supremacy long considered the preserve of kooks have inched toward the mainstream in disturbing ways.

Thus it was both significant and reassuring to hear George W. Bush speak the other night, in somber warning tones, about precisely these issues. “Parts of Europe have developed an identity crisis,” Bush began, then went on to connect the dots between that identity crisis and what we’re experiencing here in the U. S. Asserting that “the health of the democratic spirit itself is at issue,” Bush charged that “we’ve seen nationalism distorted into nativism,” and that in the process “we’ve forgotten the dynamism that immigration has always brought to America.” He continued:

Our identity as a nation—unlike many other nations—is not determined by geography or ethnicity, by soil or blood.... This means that people of every race, religion, and ethnicity can be fully and equally American. It means that bigotry or white supremacy in any form is blasphemy against the American creed. And it means that the very identity of our nation depends on the passing of civic ideals to the next generation.

Blasphemy against the American creed. Though he never named names—and thus maintained a fig leaf of adherence to the custom of ex-presidents not interfering in their successor’s administrations—Bush clearly intended his remarks as a rebuke to the presidency, the priorities, and the person of Donald Trump.

I don’t foresee burqa bans here any time soon. But travel bans are bad enough, and Bush’s comments remind us that the rise of Trump is part and parcel of a surging ethnic nationalism that is afflicting the west generally. We don’t have the exact same strain as they do in Europe, but it’s the same virus nonetheless. “Take back our country and our Volk” is a close cousin to the dog-whistle messages of a President who excuses white supremacists while firing up his supporters with the vow to “Make Our Country Great Again.” Inciting rally crowds to violence; urging police officers to treat arrested suspects more roughly; threatening flag-burning protestors with loss of citizenship; mocking the disabled; slandering Mexicans as rapists and criminals; bellicosely promising to build our own version of the Berlin Wall, and on and on: Trump has both campaigned and governed with an angry and reckless thuggishness reminiscent of the darkest days of twentieth-century European authoritarianism.

Who exactly is that “our” these angry nationalist leaders vow to act on behalf of? What does the American herd Donald Trump has in mind look like, when he invokes the lost greatness of some earlier era?

Different Americans will speculate differently about that. What’s certain is that the civic balance that Isaiah Berlin identified as the essence of our kind of society—that “uneasy equilibrium, constantly threatened and in constant need of repair”—has rarely been more uneasy, more threatened, and more in need of repair than right now.