But Consider the Alternative 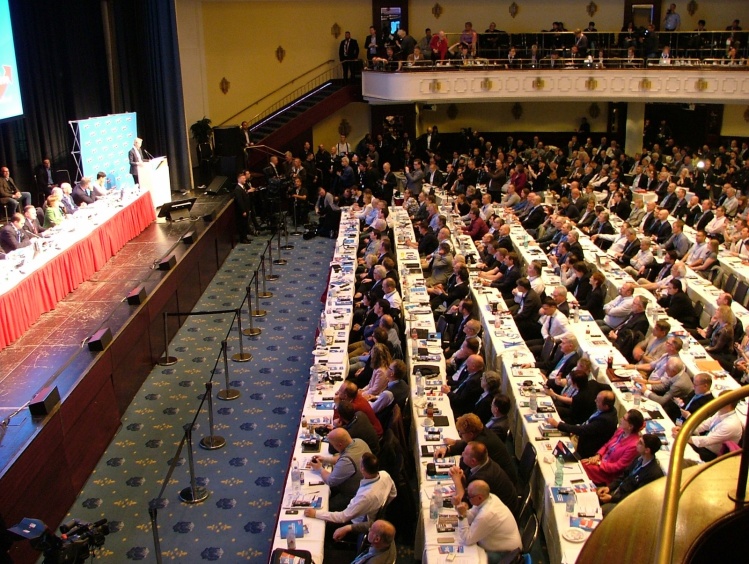 It’s distressing, no doubt. A cause for concern, to be sure. But is the achievement of the far-right, anti-immigrant Alternativ für Deutschland (AfD) party in Germany’s national election on Sunday really as earth-shaking as some would have it? I don’t think so. Or, if so, then only against the backdrop of Chancellor Angela Merkel’s cruise to re-election in what everyone expected to be an utterly predictable outcome.

We should make no bones about it: the AfD did do better than expected. With its projected 12.5 percent of the vote, it will fill more than ninety seats in the German Bundestag. And yes, as media outlets unceasingly remind us, this is the first time since World War II that a far-right party (as opposed to scattered individuals) will have parliamentary representation.

That is not a welcome development. But let’s put it in perspective. The Guardian wondered “what the stunning success of the AfD means for Germany and Europe.” NPR’s next-day headline was no less fervent: “Right-Wing Party Wins Historic Gains in German Election.” Stunning? Historic? The rhetoric seems a bit over-heated.

First, that the AfD will enter the Bundestag hardly rates as news. Since 1953, Germany has required parties to meet or surpass a 5 percent threshold in the tallying of so-called second votes to gain admittance to national parliament, a policy established to prevent the fragmentation of politics that helped sink the Weimar Republic. The big relief to many last summer was that the AfD had in a number of polls appeared to lose almost 50 percent of its peak support—down to 10 percent and even lower in some estimates. Adjusted for regional differences, however, the AfD was still predicted to clear the 5 percent hurdle. While the number of AfD representatives—ninety-four as of Monday’s projection—may seem high to Americans, we need to keep in mind that the Bundestag, currently with seven hundred and nine seats, is a significantly larger and more mercurial body than the U.S. Congress.

Second, support for the AfD is not historically high; it had, according to opinion polls, hovered close to 20 percent at its peak less than a year ago. Support in the former East Germany has always been significantly higher than in the Western states, so it may come as no surprise that it garnered 24.3 percent of the vote in Saxony-Anhalt in an April 2016 election. But even in the “solidly” Western states of Baden-Würtemberg (15.1 percent) and Rhineland Palatinate (12.6 percent), the AfD captured a similar or higher percentage of the electorate last year than in Sunday’s election.

The showing of the AfD is not a welcome outcome, but let’s keep it in perspective
sharetweet

In reminding its readers that the AfD “got nearly three times the 4.7 percent it received in 2013,” Monday’s New York Times makes the election results seem a bit more impressive than they really are. It overlooks the dramatic rise of the party in the wake of Chancellor Merkel’s 2015 welcome of Syrian and other refugees. At least from the perspective of eighteen months ago, a much better benchmark, I would argue that the AfD is a marginally reduced threat. And having this extremist, inchoate protest party in office and under greater public scrutiny may be exactly what is needed to expose it to the exigencies of real, day-to-day governance.

All the overblown rhetoric notwithstanding, however, the AfD got almost 5 percent more than we expected just a few weeks ago. How did this happen?

It was largely a result of the nondescript election campaign itself, I would argue. For months it was widely understood that Merkel would win. No one seriously doubted this, not even her main opponent from the SPD (Social Democrats), Martin Schulz. The last weeks of the campaign—if that’s what you want to call it—were marked by almost pathetic attempts to lure Merkel into a lively controversy in the hopes of jazzing up the competition. While politics are normally a good hook for engaging students in contemporary German affairs, it was frankly a challenge to get our German Studies students here at Notre Dame interested in an election that seemed a foregone conclusion.

This is a situation that practically invites a protest vote. Virtually certain of the outcome, one can do so almost in good conscience: you get the chancellor of stability and international renown, and the opportunity to gripe about the status quo. (A point of comparison might be the 2000 U.S. election, when Democratic voters in, say, New York or California, felt it was “safe” to vote for Ralph Nader.) Are these new AfD “protest voters” actually xenophobes, racists, and neo-Nazis? In exit interviews, most said they are not. But the interesting thing—to my way of thinking, at least—is that those interviewed did not deny voting for the AfD. (This, incidentally, is not the problem we had with opinion polls in the 2016 U.S. election, when some respondents seem to have misled pollsters by—apparently—lying about their support for Trump.) On the contrary, early exit polls suggest that 60 percent to 65 percent of those who admit having voted for the AfD with their “second votes” did so not out of conviction, or in an alliance with racist politics, but to rattle the powers that be.

This is an amorphous and worrisome source of discontent, to be sure, and Germans will have to figure out in coming months what it really means. Protest votes are very blunt instruments. It will take all of Merkel’s vaunted political prowess to translate Sunday’s results into actual governance.

But in the meantime, we can take some solace in the fact that the German elections remain, on the whole, evidence of a mature democracy. Like many media outlets, the Berlin Tagesspiegel—Germany’s largest regional newspaper—led with astonishment, and a bit of sensationalism: “We have not had a such a suspenseful election night in ages,” editor Lorenz Maroldt observes, in ironic reference to the much-touted expectations of a thoroughly “boring” election. But otherwise, sobriety prevails in Maroldt’s sage summary assessment: “This too is a conclusion to be drawn from the election night: 87 percent of voters explicitly rejected the ‘völkisch’ thinking and racist language that had characterized the AfD above all in the last weeks prior to the election.”

Right. And while the concern about Merkel’s pending difficulty in forming a coalition government is well founded, we should not overlook the fact that many who will now stand in formal “opposition” nevertheless stand in solidarity with the chancellor on all the fundamental issues of human rights and democratic processes. And many of them will be champions of refugees’ rights and a relatively open policy on immigration.

The rise of the AfD is bad news for a country that is still identified with its racist and genocidal past. But the party’s unexpectedly good performance is no reason to panic.