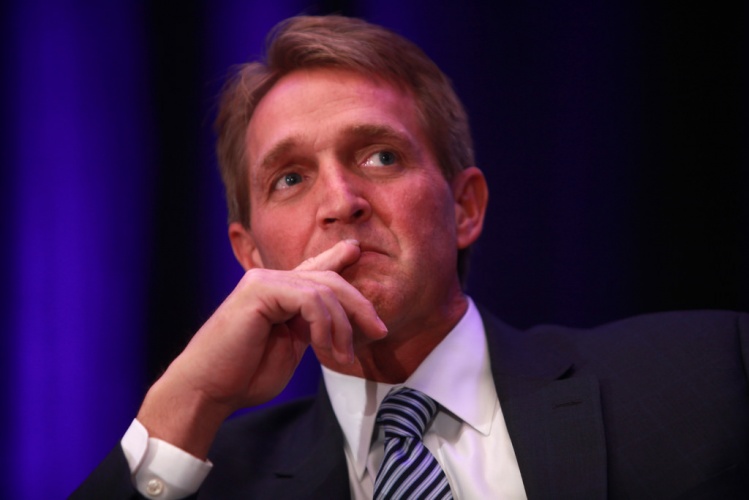 Yes, it’s a very big deal that Republicans Jeff Flake, Bob Corker, John McCain and George W. Bush are now ready to take on what Flake rightly calls President Trump’s “reckless, outrageous and undignified” behavior. Their voices are the sound of the protective political wall around the White House cracking.

But the other side to this story is as disturbing as the signs of open rebellion are heartening: Both Corker and Flake have chosen not to run for re-election because they know that their views are out of line with those of the GOP’s electorate.

Flake was plainly on track to lose re-election next year. The Republican congressional leadership, far from embracing Flake and Corker, moved immediately to sidestep any challenges to their “complicity“ and get on with tax cuts, their sacred cause.

Trump, for once, was not deluded in suggesting in a Wednesday morning tweet that Flake speaks for a decided minority in their party: “Jeff Flake, with an 18% approval rating in Arizona, said ’a lot of my colleagues have spoken out.’ Really, they just gave me a standing O!”

If Flake represents anyone, given his ideology, it would be Core Conservatives
sharetweet

Flake’s address on the floor of the Senate coincided with the release of an important new study by the Pew Research Center that helped explain Trump’s self-confidence. The report analyzed the United States political landscape and offered an updated typology of the key partisan and ideological groups in the American electorate. The model for the typology was first created in 1987 by the late Andrew Kohut, one of his generation’s wisest students of public opinion, and Pew has regularly revised it to correspond with new political circumstances.

The first two groups are particularly loyal to the GOP. Core Conservatives are who you think they are: reasonably affluent voters favoring small government and low taxes. Country First Conservatives are the folks Trumpist agitator Steve Bannon loves: older social conservatives deeply skeptical of immigration and the United States’global involvement.

If Flake represents anyone, given his ideology, it would be Core Conservatives. But as of this summer, when the survey on which the study is based was undertaken, 93 percent of Core Conservatives approved of Trump’s job performance and 90 percent had a favorable view of him. If this group stays with Trump, most congressional Republicans will, too. Country Firsters gave Trump an 84 percent approval rating and a 93 percent personal favorable rating.

But it’s not just the most faithful Republicans who stuck with Trump. Market Skeptic Republicans, who take a dim view of “powerful interests” and believe businesses make too much profit, gave Trump a 66 percent approval rating. Among New Era Enterprisers—economic conservatives who are moderate on immigration and U.S. global engagement and relatively liberal on social issues—Trump’s approval stood at 63 percent.

Trump’s GOP numbers may well have deteriorated in the months since the survey was completed, and even then, there were warning signs in the answers Republicans gave to a question Pew asked about how Trump “conducts himself as president.”

Trump’s GOP opponents can still hope to demonstrate that the negative impact of how the president operates matters far more than any ideological victories he might deliver to conservatives. Trump daily proves Corker’s point that it’s foolish to expect he’ll ever change.

But it will be an uphill struggle. Republicans like Flake and Corker have reason to worry their party is so profoundly Trumpified that it is lost to them. At some point, they may just have to walk away.

The Economics of Family