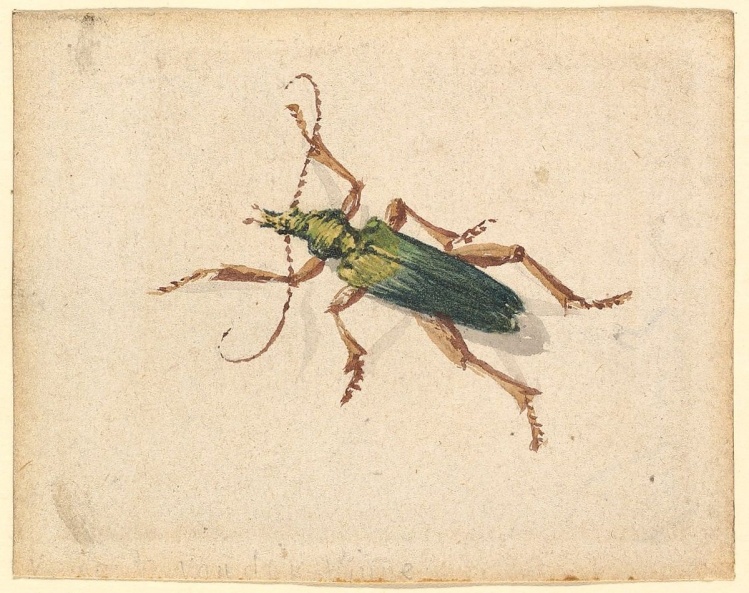 At the opening of Joanna Kavenna’s delightfully disturbing fifth novel, Zed, a BeetleInsight alarm sounds in a bedroom in London. The narrative will introduce a plethora of Beetle devices, created by the kind of information-technology conglomerate that would (or will) result if (or when) Google, Facebook, Microsoft, and Apple swallow each other up. In the not-too-distant future, Beetle reigns supreme in the United States and Western Europe but divvies up world domination with its Chinese competitor, Mèng, controlling not just media and commerce but also national security and most aspects of everyday life.

The BeetleInsight alarm warns Douglas Varley, a senior Beetle employee, of a threat: a middle-aged engineering executive, George Mann, has brutally murdered his wife and two sons. His violent onslaught should have been predicted by his “lifechain,” a profile based on his observed actions and medical data in the context of all surveilled human activity. But by the time Mann has smothered and stabbed his second son, the predictive algorithms have crashed. Now George Mann must be stopped before he wreaks more destruction.

Enter Eloise Jayne. Despite her position as a senior official of the National Anti-Terrorism and Security Office, or NATSO, a reader suspects that she will have a subversive role to play; the first clue is her rebellious refusal of a Very Intelligent Personal Assistant. Veeps, as they are known, come in multiple forms: they can be embodied as androids in offices, their “heads at uncomfortable angles,” as Eloise sees it, or they can exist as voices emanating from BeetlePads. Though there’s no indication that Beetle executives read anymore, they’ve given their assistants Dickensian names: Phoebe Haversham, Little Dorritt, Lettice Gradgrind. The voices of these assistants––and Eloise’s refrigerator, and BeetleBand, who already give her plenty of unwanted advice––become babbling characters in a novel whose intricate plot Dickens himself would surely have admired.

Artificial intelligence is hardly a new feature of speculative fiction, but Kavenna’s satiric take is sharply pointed. When George Mann removes the BeetleBand that tracks him and hides it in a vase of flowers, a terrifying and headless ANT, or Anti-Terror Droid, kills an innocent man sitting at the café table where the vase perches; the ANT’s protocol has been developed with data from DARPA, the all-too-real U.S. defense agency. The jolly avatar for the Beetle executive Varley is called the “Real Douglas Varley” when he’s in virtual meetings. The narrative helpfully identifies the “actually real Douglas Varley,” a clarification which, alongside all the acronyms for Beetle gizmos, can make the prose like clotted cream: thick but delicious. So can the logic of Beetle’s CEO, Guy Matthias, who calls “Real Virtuality…preferable to reality because it is perfectible.” But Varley’s Veep, Scrace Dickens, quoting Salvador Dalí, proclaims that “what we have christened reality is an even greater illusion than the world of dreams.” Nowhere is that illusion more profound than in Bespoke, Beetle’s “new, beautiful, simple language” that translates offensive phrases like “rich wanker” into “person with money” and “I want to blow my brains out” into “I am feeling sad.” Given Beetle’s desire for total control, anomalous acts like George Mann’s murderous rampage can only be labeled “Zed,” zero, “a category definition that encapsulates disruptive elements of uncertainty.”

Once a reader gets the hang of the alternate reality and the acronyms, this wry narrative moves along briskly, keeping the novel’s human and conceptual concerns in fine balance.
sharetweet

Joanna Kavenna is a venturesome novelist: she has explored a young woman’s crack-up in the face of urban isolation in Inglorious; created a quartet of narratives about childbirth, from historical to futurist, in The Birth of Love; satirized wealthy householders living amid rural poverty in Come to the Edge; and created two alternative Oxfords, town and university, in A Field Guide to Reality. Her serious probing of philosophical and political subjects—the nature of reality, free will and determinism, power and resistance, the workings of a supposedly “free” market––is anything but dry. Indeed, her plots and her dialogue are so fast-paced, allusive, and funny that it sometimes takes a second reading to catch half of what she’s up to; meanwhile, I hasten to add, the first time through is pleasurable on its own terms. Once a reader gets the hang of the alternate reality and the acronyms, this wry narrative moves along briskly, keeping the novel’s human and conceptual concerns in fine balance. The most disturbing impact of Zed is the realization that, with few exceptions, the characters have freely given up their agency and even their language for a world of constant surveillance and control: “Your choice entirely,” a Veep says.

But where there are submitters, there are resisters. Much of Zed’s tension derives from our curiosity about whether Eloise will join the mysterious resisters who live beneath the ubiquitous surveillance devices. Their home base is—where else?––a bookshop, the one place in a post-reading world where their habits won’t be tracked. Other heroic characters pop up: the owner of the café where the innocent man is killed, the man’s widow and her defense attorney after they protest the cover-up that calls the murder “suicide by droid.” They’re joined by a chorus of conscience in the courtroom, ordinary citizens whose language of protest doesn’t need translation.

The number of prominent literary novelists trying their hands at speculative or science fiction continues to grow: Zadie Smith, Colson Whitehead, Gary Shteyngart, Gish Jen, and George Saunders have all made forays at a time when it’s impossible not to imagine a dystopian future. Kavenna is at home at the most literary end of the genre in the way that Margaret Atwood is, as an extension of her more realistic fiction’s philosophical, political, and moral concerns. When midway through Zed Eloise perceives that “the human soul, or at least, Mann’s corrupt and savage version of the human soul, remained unfathomable,” a reader senses that she’s about to examine her own. Any futuristic novel that still employs the word “soul” is a story worth exploring. I recommend this one highly.