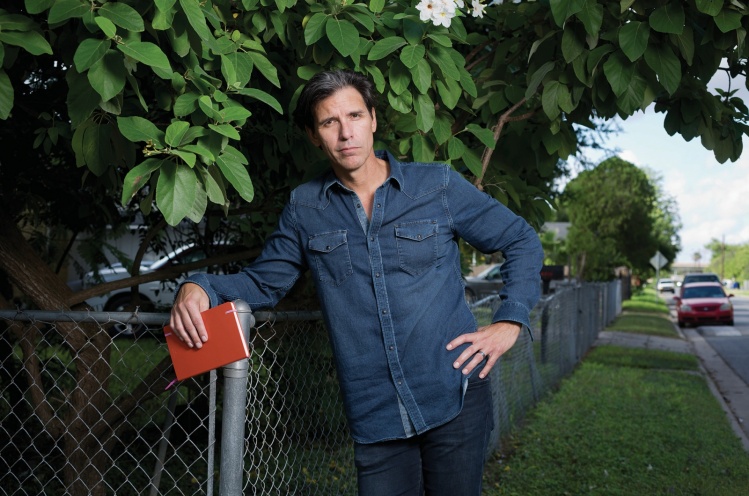 Does our place of origin determine who we are? The question confronts all those who leave their country for another, whether they ask it of themselves or have it answered for them in the place they arrive. And it haunts the people who inhabit Where We Come From, the new novel from Oscar Cásares, who in setting the action in the Texas border city of Brownsville also invites readers to consider the contemporary complexities of immigration, assimilation, and identity as experienced by an extended cast of compelling characters.

Key to keeping readers both engaged and oriented is the structure of the novel, which is built in four multichapter sections, so that Cásares can give all his characters proper attention across overlapping storylines. The narrative begins in a small home on the Brownsville side of the Rio Grande, inhabited by the aging Nina and her even older mother. Nina’s life is altered the day the cleaning lady asks a favor: Could her daughter stay in the pink guesthouse out back for a few nights as she crosses the border to be with her husband? Nina’s granting of the favor is a critical early moment in the book; word gets out to professional smugglers (coyotes), and soon there is a steady flow of immigrants coming to the guesthouse for shelter. Nina works to keep this arrangement a secret, not just from the authorities, but also from her mother and younger brother, Beto, who has no sympathy for those whom he derisively refers to as mojados.

When the coyotes are arrested, the influx of shelter-seeking immigrants comes to a halt. But then, two nights later, seemingly out of nowhere, a boy appears: twelve-year-old Daniel, alone, separated from the last group that had taken shelter there. Nina can’t help but take pity on him, because the boy reminds her of Orly—her godson and great-nephew, who himself is about to visit Brownsville from Houston. Orly’s arrival sets in motion a new series of events. Following some initial tentativeness, the two boys start to become close. It’s through their developing relationship that Cásares begins to plumb more deeply the themes of his novel. How do radically different backgrounds affect the dynamics of relationships? How does place of origin result in differing applications of justice? Yet these ideas are dramatized through moments that feel true to a child’s way of thinking: Why, Orly wonders, must Daniel be hidden in the guesthouse, eating alone, where no one can see him? Why, he asks himself, is Nina so worried that Beto, her own brother, would report Daniel?

These more intimate questions also get to Cásares’s exploration of relationships between and among immigrants, and how anxiety about one’s status can manifest itself as hostility toward others who have “not yet made it.” Where We Come From captures not only the vulnerability of newly arriving immigrants, but also the anxiety of simply trying to acclimate, which can be long-lasting. These crises of identity are revealed in subtle ways: in disparate levels of education, in patterns of speech, in dietary preferences. Beto, who runs a pest-control company, is resentful of Orly’s father, Eduardo, who went to college and now lives an upper-class life in the city. Beto’s anger toward those who he feels have forgotten where they came from is evident in interactions with Orly; something as innocuous as Orly saying he “prefers” a certain type of taco over another can set Beto off. Will he be like his father, “one of those scholarship boys?” Beto jeers at Orly. “Then we don’t see you again except for when you pass through on your way to the beach.” Yet even Eduardo, a wealthy film executive in Houston, struggles with how he feels he’s perceived. One day, while he’s mowing his lawn, a woman pulls over to ask his hourly rate; this prompts him to hire a landscaper.

Cásares also examines how first- and second-generation Americans grapple with belonging to multiple cultures. This disjointed identity is most directly expressed through the internal monologues of characters like Orly, who was born in America and feels only a tangential connection to his Mexican heritage. It comes out in moments when Orly contemplates what language to use when talking to a man who speaks broken English, despite Orly himself speaking imperfect Spanish—“if it weren’t for his last name being Diaz no one would expect him to speak anything other than English.” Orly’s summer in Brownsville challenges him to reckon with his roots, a challenge made more urgent by the sheer fact of Daniel’s presence in the house.

Cásares also takes time to depict the specific challenges new immigrants face upon arriving in America. In doing so, he lets us get much closer to who these people really are. Brief asides, presented in italic type, provide intimate looks into lives that might otherwise go unseen. For instance, we learn that an empty water jug blowing in the highway wind alongside Eduardo’s car was once carried by an old migrant woman who died of dehydration in the desert. Orly recalls a beloved teacher who gave him a book of Pablo Neruda’s poetry, and wonders why he hasn’t replied to his emails; we’re told he was deported after a chance encounter with immigration officials searching for his ex-partner.

Daniel’s story is also told in italics. Each night, Nina calls phone numbers in Chicago to track down Daniel’s father, as the young boy eagerly stands by. But while Daniel appears curious and persistent from the perspectives of Nina and Orly, in his own accounting we understand his loneliness and the isolation he feels in the pink guesthouse. We learn the backstory of his departure from Veracruz, Mexico, as well as his subsequent separation from the group of migrants he crossed with. Daniel misses many things from home, like loved ones, and the ability to walk outside without fear. Heartbroken, he muses: “Maybe being sent back home would’ve been better than being stuck and not arriving at either place.”

By summer’s end, the risk of sheltering Daniel has become too much. Beto issues an ultimatum, and Nina must choose how to proceed. Though there are no clear solutions to Daniel’s immediate fate, there is a sense that some important answer has been arrived at. A Brownsville summer, which at the outset seemed dull and unpromising to Orly, turns into an opportunity for connection and self-discovery. As he learns from his time in the house on the border, there’s nothing really deterministic about one’s point of origin. “Nina wanted to show him where they came from, but where they came from is nothing more than that—where they came from. It isn’t where his story ends, only where it begins.” 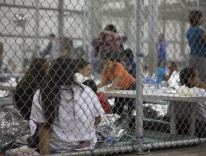