Benefit of the Doubt? 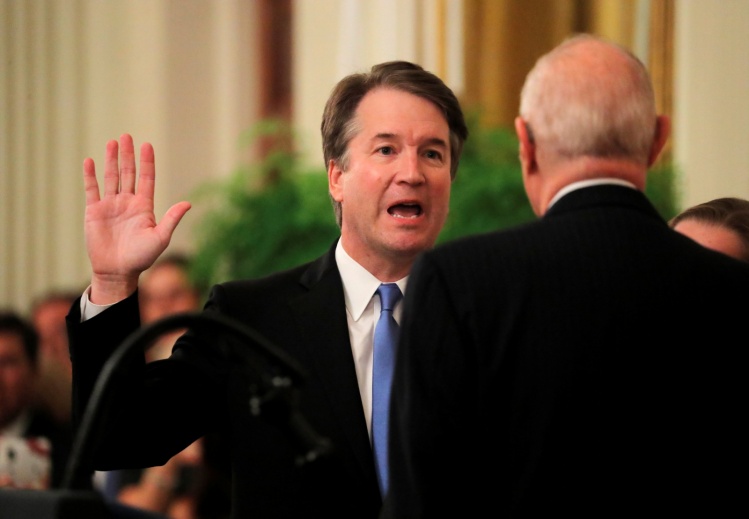 Two national news stories about sexual abuse coincided late last year. On August 14, 2018, the grand jury investigating abuse by Catholic clergy in Pennsylvania released their report, documenting hundreds of cases and rekindling public indignation at the long history of crimes and cover-ups committed by priests and bishops. Meanwhile, in July, Christine Blasey Ford told her congresswoman in California that Supreme Court nominee Brett Kavanaugh had sexually assaulted her thirty-six years earlier, when they were in high school. By mid-September, Ford’s allegation, which had been forwarded to the FBI, was blazing across the media landscape, where it dominated the headlines for the next three weeks. The controversy continues to smolder a year later.

Public reaction to the first story remains markedly different from public reaction to the second. Any allegation against a priest or bishop tends to elicit swift and near-universal denunciation of the accused, on the assumption that any skepticism would only compound the wrong done to the putative survivor. Ford, by contrast, has been met with almost as much suspicion as sympathy. True, more Americans believe her than him, according to polls conducted shortly after their Senate testimonies; in explaining why they find her account credible, some women cite their own experience. At the same time, however, Kavanaugh benefits from an army of media advocates who defend his innocence with vigor, picking apart the case brought by Ford and, in effect, putting her on trial, accusing her of lying and defaming Kavanaugh or, at best, of being confused about the identity of her assailant.

His defenders, her opponents, begin with the legal principle that the burden of proof lies with the prosecution. Although Ford v. Kavanaugh was not a court trial, it assumed the form of one, so the inclination to consider him innocent until proven guilty was not irrational. It meant, however, that Ford was presumed to be dishonest, or honest but mistaken. Few of us these days would presume that of anyone filing an accusation of sexual abuse by a priest. Behold the double standard.

Someone who alleges that he was abused by a priest is probably telling the truth, according to the bulk of available statistical data. In the first John Jay report (2004), we read that of 5,681 cases investigated by dioceses and religious orders, only 1.5 percent stemmed from allegations that in the end were deemed to be false. Granted, that figure does not reflect the thousands of allegations that were filed but never investigated or that church officials investigated but never pursued to definitive conclusions. It is, though, in line with research findings that, in society at large, false allegations of rape account for less than 10 percent of all rape allegations. (The exact figure varies from study to study.) Then again, the social scientists who examine the question often work from records of criminal-justice systems and have no way of knowing how many false accusations were among those that were filed and investigated but never prosecuted.

No honest observer can claim to know the truth with perfect certitude—no one, that is, except the putative victims and abusers, as one might suppose. But even they may be subject to unreliable memories, especially when the crime or misconduct is alleged to have been committed decades earlier. The possibility of false-memory syndrome is never fully absent. It was invoked often in Kavanaugh’s defense. If you maintain that Ford testified in good faith but got the identity of her assailant wrong, you can defend him without vilifying her. In turn, some of Ford’s supporters attributed a version of false-memory syndrome to Kavanaugh, suggesting that he was a heavy drinker who might have been prone to blacking out and then waking up without recollection of anything he had done the night before.

She said, he said—the grimly intimate nature of sexual coercion means that third-party eyewitnesses are rare. Most states and the federal government require no corroborating evidence for a conviction of sexual assault. Even so, the prosecutor usually produces at least some circumstantial evidence that jurors can construe as corroborating if they are so inclined. The legal standard in criminal court is usually proof beyond a reasonable doubt. And what is that? In the end, whatever the jurors say it is.

Legal standards of evidence are more subjective than we often pretend. In civil cases we speak of a “preponderance of the evidence,” for example, as if the credibility and significance of the different elements of conflicting testimonies and putatively relevant facts can be put on scales, one of which will hang visibly lower than the other. It’s never that simple in practice. One judge or juror may deem the bearing that a piece of circumstantial evidence has on a case to be greater than his peers do. Or he may judge certain testimony to be less credible than they do but still more likely to be true than untrue. The binary nature of a verdict—guilty or not guilty—can never conform to the limits of our knowledge or to the necessarily probabilistic shape of our reasoning.

Frederick Thieman, a former U.S. attorney for the Western District of Pennsylvania, is a veteran of the review board for the Pittsburgh diocese. Asked by the Pittsburgh Catholic about the grand-jury report, he noted the fragility of many of the cases that came before him on the board. They were “extremely difficult in the sense that there were oftentimes complicated factual situations,” he said. “Cases were often many years old and people’s memories were understandably not as precise as they might have been.” He thought that, even without a statute of limitations, not many of them “would have made it into the courtroom. Certainly not a criminal court. Quite likely not even a civil court.”

You might therefore conclude that survivors are more likely to be believed—and to find satisfaction—before a diocesan review board than in a court of law. Jason Berry is quick to remind me, though, of the history of mendacious bishops concealing files and obstructing justice. He thinks that diocesan review boards have been largely ineffectual, “created as part of a damage-control strategy,” and that cases are best adjudicated in the legal system, beyond the church’s reach.

In the past year, eighteen states and the District of Columbia have extended the statute of limitations for sex-abuse cases. The changes will enable untold numbers of survivors to file lawsuits. More states are poised to follow. For years, survivors and their advocates have campaigned for such reform. They seem confident that prosecutors will be able to persuade juries, who, after years of church scandals and, more recently, the #MeToo movement, may be more predisposed to believe the accuser than to presume the innocence of the accused.

Catholics often do an about-face when discussing allegations of sexual abuse outside the church.
sharetweet

The church’s deplorable record on sexual abuse has provoked condemnation from both the left and the right. Catholics on the right who think like a prosecutor in this matter tend to situate the scandals in the context of the sexual revolution that swept through the culture in the 1960s and that, in their view, corrupted a critical mass of the hierarchy. The same Catholics often do an about-face when discussing allegations of sexual abuse outside the church. Staving off what they regard as dangerous excesses of “Believe women” activism, they adopt the mentality of a defense attorney, affirming the need to uphold the principle that an accused man is innocent until proven guilty. They emphasize holes in the accuser’s testimony while ignoring or minimizing facts that might weaken the defendant’s case.

When Sen. Chuck Grassley tried to cast doubt on Ford’s account by asking why she had waited so long to come forward, either he had not learned from the church scandals or he calculated that much of his intended audience hadn’t. When the FBI curtailed its investigation, Ford’s supporters protested, but Kavanaugh’s were unfazed. You would think that anyone believing that truth was on his side, and looking to dispel all reasonable doubt, would favor the collection of more evidence. When the most widely distributed version of the grand-jury report released by the attorney general of Pennsylvania was shown to be missing more than four hundred pages of responses from priests and bishops who disputed the accusations against them, few people raised any objection. Most of us are not much interested in counterarguments and counter-evidence that could complicate the consensus that the Catholic Church is guilty of all that it has been accused of, and more.

If in the Kavanaugh matter we demand a high standard of evidence and then conclude that the accuser failed to meet it, we should be equally skeptical of those who bring accusations against Catholic priests. But perhaps in the latter case we shouldn’t give so much wiggle room to the accused. If we don’t, we shouldn’t in the Kavanaugh case either. When we presume that the accused is innocent, we thereby presume that the accuser is wrong, perhaps lying. We lay that burden on the morale of a survivor and call it the burden of proof. If in courts of law and in the court of public opinion we have quietly begun to presume instead that someone who claims to have been sexually abused is telling the truth, our doing so is not unreasonable. Neither, of course, is it unproblematic. In any event, we should examine what we’re doing and be consistent. If we decide that the accuser in a sex-abuse case deserves the benefit of the doubt, we should apply that principle equally, when the accused is a federal judge no less than when he’s a Catholic priest. Beware of double standards.