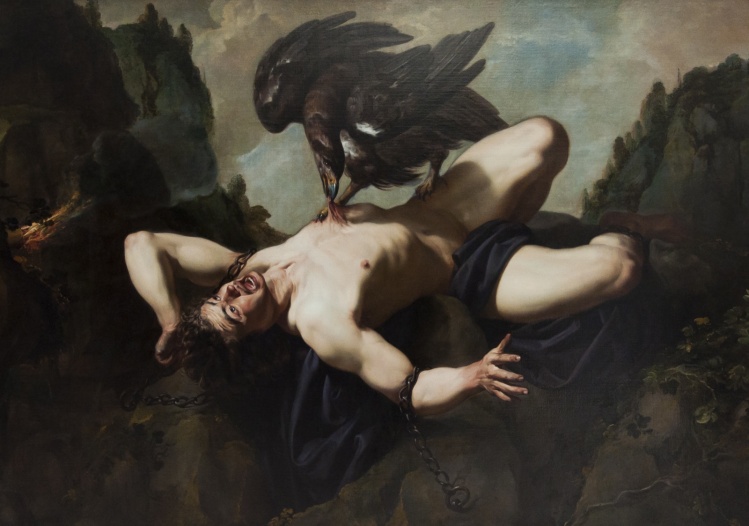 AS A WRITER, who is also a would-be Christian, I cannot help feeling that a satisfactory theory of Art from the standpoint of the Christian faith has yet to be worked out. With the exception of Kierkegaard, most theologians who have dealt with the subject seem to me to have accepted Greek esthetics too uncritically. The difference between pre-Christian art and all art produced within Christendom, whether religious or secular, whether by professing Christians or by unbelievers, is much more radical, I believe, than is generally realized.

A natural religion must be based upon one of two contradictory premises; either upon the esthetic premise that the Individual is superior to the Universal, the divine essence is Will, and its command an ontological for-the-sake-of, or upon the ethical premise that the Universal is superior to the Individual, the divine essence is Reason, and its command a teleological in-order-that. Though the Esthetic religion is historically antecedent to the Ethical, the latter does not gradually evolve from the former, for their respective premises are irreconcilable; the evil of the one is the good of the other. A change from one to the other is a revolutionary transvaluation of values, a desperate step compelled by complete breakdown.

Faith in the Esthetic religion is inversely proportional to the believer's faith in his own esthetic individuality, in his subjective freedom to will. It passes through four obvious stages of successive decline, each corresponding to a stage of advance or social differentiation from primitive community (gemeinschaft) toward civilized society (gesellschaft).

Stage One. Animism, the Esthetic religion in its purest form. The gods are on earth, they are infinite in number, they are not human (they may have been human, e.g., ancestral ghosts), and the laws are tabus, arbitrary like the rules of prosody. This is the religion of those who are so conscious of their weakness compared with the power of Nature, that even the living community has no faith in its own individuality.

Stage Two. The Mythological. The gods have been removed from earth to heaven, they are finite in number, human in form and interrelated by blood. The religion of those who collectively, though still not individually, feel powerful enough to have individuality.

Stage Three. The naive Heroic. In addition to the gods in heaven, there are on earth certain exceptional individuals specially favored by them, often indeed divinely begotten on a mortal woman, and sometimes rewarded for their deeds by apotheosis.

The religion of a community where there are some individuals who can do what the mass cannot, and thanks to whose arete or virtues the success of the whole community is secured.

Stage Four. The tragic Heroic. Individuality, the esthetic principle, contains the seed of its own destruction. Heroic virtue of necessity produces a hubris which excites the envy of the Gods, and behind the finite figures of the latter stands an infinite Fate to which at last even they must succumb. The religion of a society in which its ordinary members (the chorus) have become sufficiently aware of their own individuality to feel ressentiment at the pretensions of the great (the actors).

The emergence into consciousness of Fate which, being an universal concept, cannot be manifested esthetically—(the attempt of the esthetic to do so after its own manner, the mythological, confesses failure by using the plural number, the Moira, the Norns), hastens the collapse of the Esthetic religion. After the Prometheus of Aeschylus, it only remains for Euripedes to take the final step—convention rules the gods—and the Esthetic religion is finished.

As long as the Esthetic religion is believed, Art is a magic ritual, the purpose of which is to induce the right feelings and expel the wrong ones. By Aristotle's time, the latter seemed the most importunate, hence his doctrine of catharsis. There is no audience, only a group of participating worshippers, hence the necessity in all such art of knowing in advance what is going to happen, and the uproar always aroused by any artistic innovation.

The question of esthetic taste, of good and bad art in our sense, is unreal, for the criterion is magical efficiency. A school in Australia has a song, to the tune of Men of Harlech, which runs as follows:

We who wear the white and yellow

Standing each one near her fellow

For the Girls' High School.

If the alumnae are deeply moved by singing this, as they probably are, they will not think of asking if it is good poetry.