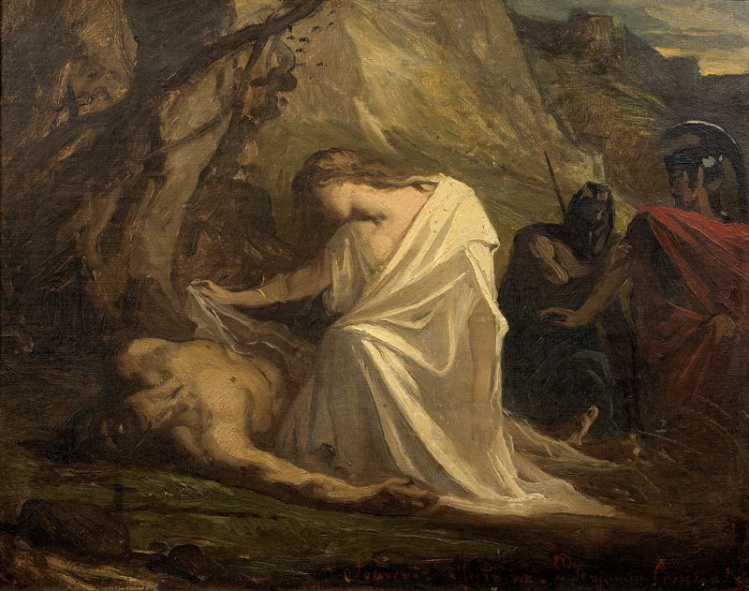 This article appeared in the November 20, 1924 issue of Commonweal

He is responsible neither for his successes nor his failures. When Odysseus succeeds, he has Pallas Athene to thank; when he fails, he has Poseidon to blame. Though the hero's areté is inborn not acquired, the proof that he possesses it is objective and social; an heroic act is one which brings benefit or prestige to the community of which the hero is a member. In appearance he is free to decide to be brave, to die in the narrow place, fighting against hopeless odds, but this freedom is an illusion; his decision is a foregone conclusion since, had he decided to run away, he would not have been a hero, and would therefore never have become an epic subject.

Characteristics of the Tragic Hero. His sin and his areté are inseparable from each other, and in the case of both, the judge is the community. He can sin, therefore, without knowing it. When Oedipus slays the old man on the road, he feels no guilt, nor is he expected to feel any; he only becomes a criminal when it turns out that the old man was his father. He performs the socially beneficial acts of solving the riddle of the Sphinx, marrying Jocasta and settling down to govern Thebes. There is nothing in his marriage as a marriage, nor in his political conduct, to give him or others any uneasiness; it is only when he discovers that his wife is his mother, that he feels guilt for the first time. Nemesis, like nazi justice, is retroactive and accepts no plea of ignorance.

If the hero does feel guilt during the commission of the act, he could not have retained a good conscience simply by refraining from acting. If he has to choose, then his choice is always between two alternatives which are both equally bad. Agamemnon must either sacrifice Iphigenia or betray the Greek army; Antigone must be disloyal, either to her brother, or to the state.

The Naive Hero cannot sin or feel guilty. The Tragic Hero must sin and feel guilty. Neither, that is, suffers temptation; neither has an inner life.

When the Ethical Religion throws the Esthetic gods who were created out of the world, and their passionate dolls, the Esthetic heroes, through the window, and sets up as the true reality an Eternal First Cause without parts or passions, it has to account for the existence of the world of time and matter. It cannot say God created the world, for then God would not be objectively manifest: it has to presuppose God on the one hand and "a heap of jarring atoms" on the other, who catch sight of each other. Then either God out of curiosity or pity arranges these finite temporal things into an order which they do not deserve and do not like very much, or they have the good sense to imitate his rationality in the only way, poor things, that they can, and even then not very well, by regular movements. Instead of a lot of gods who embraced you one moment and boxed your ears the next, it offers one God who is a perfect gentleman, but perfectly indifferent to what becomes of you.

Its assumption, "to know the good is to will it," has no answer to the question : "Yes, but first of all one must will to know the good, and it seems only too dear that the majority of mankind lack that will." The Eros of Plato is an esthetic myth, for, ethically, to need passion to become passionless is absurd, just as his division of souls into a hierarchy of classes is the old heroic areté in disguise.

Its assumption, "to know the good is to will it," has no answer to the question : "Yes, but first of all one must will to know the good, and it seems only too dear that the majority of mankind lack that will." The Eros of Plato is an esthetic myth, for, ethically, to need passion to become passionless is absurd, just as his division of souls into a hierarchy of classes is the old heroic areté in disguise.

Plato's attack on Poetry as an immoral lie, and his justification of the noble one, indicate that, though the Esthetic Religion approves of art, while the Ethical Religion disapproves of it, both agree as to its nature and the function of the artist. Both regard Art as a magic for arousing proper emotions. Since the latter cannot really think of any emotions as proper, it would prefer to dispense with art altogether, but realizing that the masses are too brutish to be capable of an ethical religion and must have an esthetic one, it is forced to allow art, subject of course to its control.

Formerly it was the Audience who judged the work of art, their test being: "Does it induce in us the feelings we want to feel?"

Now the judge is to be the Censor's Office, its test: "Will it induce in the masses the feelings which they ought to feel?"

Formerly the artist created the Hero for the satisfaction of the chorus. Now he is to become the agent of the Hero, and keep the chorus in order. (Otherwise they might want something silly like the Hero's death.)

He is to have the consciously political function of making good government popular, necessary power legitimate power.

If one accepts the view that the purpose of Art is to arouse or communicate emotions, then Tolstoy's argument in "What Is Art" is irrefutable. Any chromolithograph depicting an act of Christian charity is superior to "War and Peace" or "Macbeth." Such a theory however is pagan, not Christian. Just as love is redeemed by being redefined as agape instead of eros, so art is redeemed when its function is redefined as, not the expression or communication of emotion, but the becoming conscious of emotion.

By such a definition, a poet, for example, whether lyric or dramatic, is not trying to feel something that he would like or thinks he ought to feel, but to find out what his feelings really are, and, of course, most of these will be neither pleasant nor good. He sings alone before God, but he may be overheard by other men and what they hear may cause them, one by one, to undergo a similar process of discovery. If the result is to make them feel in unity with each other, it is not because they are all filled with the same emotion, but because they share the same knowledge of weakness, and dare not therefore judge each other.

Art cannot make a man want to become good, but it can prevent him from imagining that he already is; it cannot give him faith in God, but it can show him his despair. 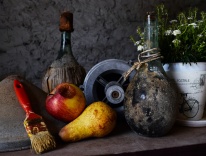