Archbishop Cupich to Chicago Catholics: I am your servant-leader. 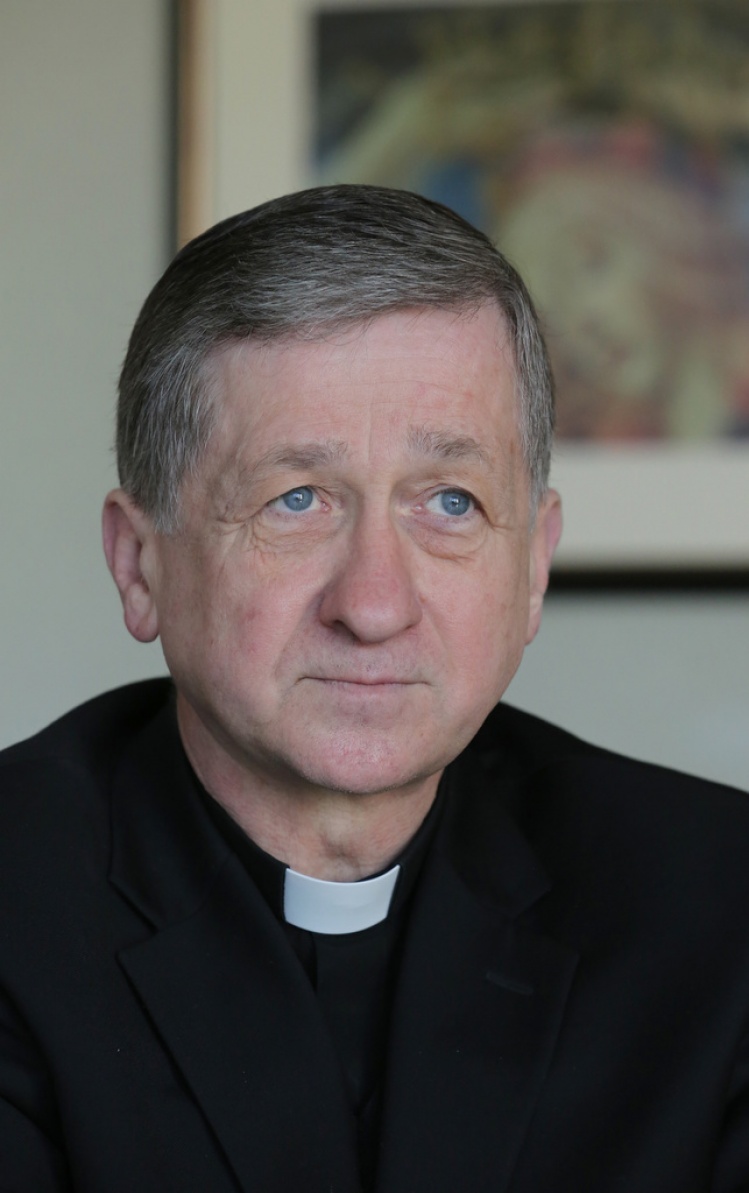 CHICAGO -- In his first homily as archbishop of Chicago, Blase Cupich finally answered the question he's been asked over and over since it was announced that he would succeed Cardinal Francis George: What is your agenda? "If I have learned anything over these past four decades as a pastor, I know it is a disaster for me to have my own agenda." That's not because he doesn't have his own hopes and dreams, Cupich explained. Rather, it's that his agenda is "always too small." His agenda, he continued, is "prone to be self-serving, and ultimately unworthy of the people I am called to serve." Rather, "the agenda has to be God’s, which is beyond our imagining and our abilities."

Preaching on Ezekiel (37: 1-14), Cupich highlighted the prophet's concern "to inspire new life in the people living in exile, by offering a vision of the new city to be built by God.... They are like dry bones strewn carelessly to rot in an abandoned field under the scorching sun of oppression."

The archbishop named the dryness we find in our own lives today:

It is the dryness elderly and sick persons can experience when their strength gives way and their bones become unsteady, to the point that they begin to question their worth, their sense of purpose and even the faith that has heretofore directed their lives. We see that dryness caked in on the faces of the homeless street people, in the fatigue of the underemployed worker cobbling together three or four low paying jobs to make ends meet, but also in the hectic pace of the successful business owner whose long hours in the office leave little time for family meals and sharing, for rest and recreation.

Those in public service, Cupich admitted, experience their own dryness "in the tedium of attending to administrative details, which most often go unnoticed or unappreciated, in the frustration we feel as we are called upon to face enormous challenges with limited energies and shrinking resources, and whenever opportunities for real improvement are squandered by petty squabbles and divisive discourse."

God accompanies through this dryness, Cupich said. And with God's help, we can perceive the life that remains in that aridity. "All that is needed is for the prophet, the leader in their midst, to speak in a way that inspires, to speak to the deep yearnings of the people we serve, because it is God who is keeping alive their legitimate aspirations, even when there seems to be no hope." And, he continued, "that is why it should be beneath our dignity as leaders to speak in ways that appeal to the fears and anxieties of people rather than the hopes and yearnings God has planted in their hearts."

That doesn't mean that we should conceal our differences when we enter into dialogue with one another. Quoting Pope Francis, Cupich said: "If our communication is not to be a monologue, there has to be openness of heart and mind to accepting individuals and cultures."

"That is a message for all of us," Cupich explained, "for me, for my brother priests working in parishes and other ministries, and for elected officials and public servants."

Cupich also noted the challenge of bringing young people back to religious and public life--especially their feeling of being alienated because of ideological divisions. "The harsh rhetoric and lack of comity and civility within each group and in the way leaders in both groups treat each other" discourages their participation.

Praising the charitable work across the archdiocese that he has already witnessed, Cupich said:

Our aim should be to make sure that everyone has a place at the table of life, the mother needing prenatal and postnatal care and protection for herself and her child, the former inmate seeking a fresh start, the drug addict who needs someone to help her take one day at a time, the father and mother who want their children to have the educational opportunities other families have – this is the vast army God is inviting us to raise up with him.... The work of comprehensive immigration reform is not important because it is on my agenda, but because it is on God’s.

One of the challenges facing this army, Cupich acknowledged, is the fact that many young people have no dreams, no hope. They turn to the world of violence instead.

There are no easy answers to this, but I am aware that good people within our parishes and in the city are working imaginatively to address this issue. I admire the creativity of bringing gang members together for sports and in other venues to ease growing tensions. I believe that shoring up and strengthening family life and education are also essential ingredients.

You will find in me a ready partner, but also one who believes that this work is not inconsequential, is not an option, because again, it too is on God’s agenda.

It is an agenda that has its origins in the very creation of the world, for God’s plan all along has been to make this tiny speck of cosmic dust in the vast universe a land, a home for us all.

Spirit, People and Land – these are God’s words to comfort and encourage, words to help us in this graced time and blessed city to keep our focus on all that God is doing, so that our ways may be God’s ways.

And, the promise tonight is that if we keep these three words close to our hearts, all the while remembering our proud heritage of contributing to the good of the nation, then not only will we get things done, but we will probably end up rattling some bones.

Please email comments to letter[email protected] and join the conversation on our Facebook page.