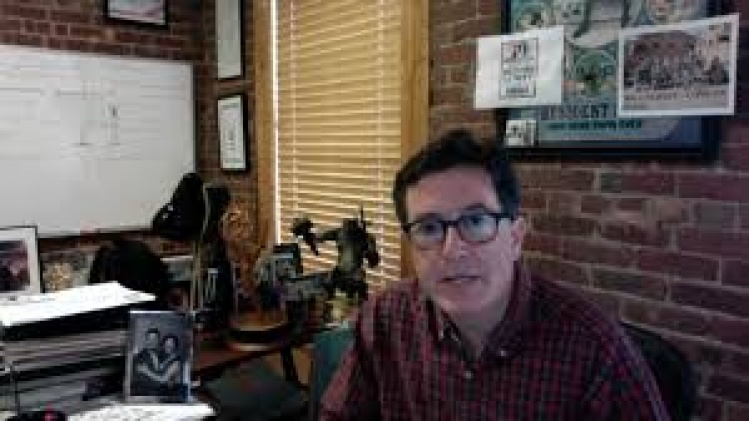 There's a generation for whom Jimmy Carter is America's best-known and (perhaps) most beloved Sunday School teacher.  For younger Americans, there's a good chance that Stephen Colbert now occupies that role.

In recent years, Colbert has so rarely spoken in public when not in character as "Stephen Colbert", that it's at first something of a shock to see him as himself in "Ask A Grown Man", a regular monthly feature of Rookie, an online magazine for teenage girls.

Here he is answering questions from Loretta, age 14, ("Why do guys catcall and make rape jokes?") and Eve, age 19, ("What do you think is the best to talk to my dad to convince him to let me sleep at my boyfriend's house?") and other teenaged girls.

Colbert answers thoughtfully, clearly, carefully, at times awkwardly, and always while conveying a deep sense of respect for both the question and the questioner---including the respect to give the part of the answer his questioner may not want to hear.  He incorporates heavy doses of humility, humor, kindness, and an almost Mr. Rogers-like down-to-earth seriousness.  ("A really good sign somebody like you is if they bring you cookies.")