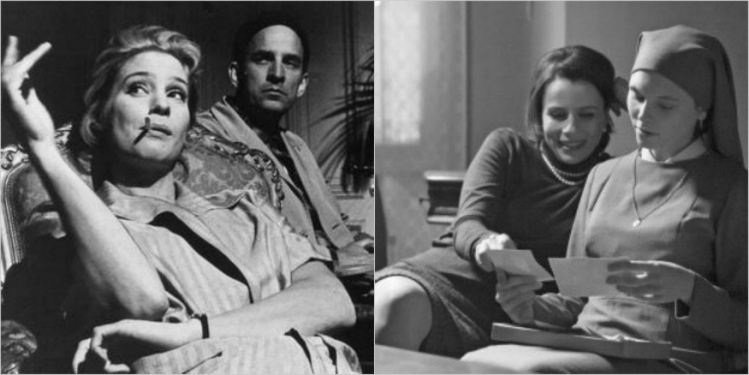 As the technological revolution transforms cinema, and computer-generated images proliferate, movies seem dumber and dumber: more epic battles, explosions, and car crashes, but less meaning and certainly less mystery. So I am relieved to have my faith in film renewed by the recently released Polish masterpiece, Ida, written and directed by Pawel Pawlikowski.

In his classic 1917 book The Idea of the Holy, theologian Rudolf Otto reported that wherever the sacred is found, it is mysterium tremendum et fascinans—mysterious, even frightening, but also fascinating and seductive. The medium of film has the potential not only to depict the sacred but to invite us into its mystery. If the Risen Christ and His Spirit are present everywhere, then the sacred surrounds us, and an encounter with God can happen anywhere—even in a movie theater.

I can think of five films during the past decade that offered a profound experience of the sacred. The first was Mel Gibson’s The Passion of the Christ. I have misgivings about the scourging scene in that film, yet clearly something special happened to many members of the audience at the film’s first public screening, on Ash Wednesday 2004. People left the theatre in deep silence, as if after a profound religious experience. A couple of years later, watching Into Great Silence at an art house in Manhattan, I felt a similar kind of reverent attention pervading an audience held rapt by the documentary’s portrayal of the lives of Carthusian monks in an alpine monastery in France. Like the success of Gibson’s Passion, which went on to earn almost $400 million in domestic box-office returns alone, the acclaim won by Into Great Silence showed just how hungry religious believers in secular cultures are for portrayals of the sacred.

A sense of the sacred is also served up, more obliquely, in Sophie Scholl (2007)—a moving indictment of Nazism, but also a deeply religious film that challenges us to evaluate our lives, turning the tragedy of Sophie’s martyrdom into an inspiring appeal to deepen our religious commitment. Xavier Beauvois’ Of Gods and Men, chronicling a group of Trappist monks caught up in the political turmoil of 1990s Algeria, deeply touched believers and nonbelievers alike. And Terrence Malick’s The Tree of Life (2011), a visually gorgeous, Teilhardian presentation of evolution from the Big Bang to resurrection, depicts creation’s beauty with a powerful sense of mystery, both human and divine, creating a cinematic echo of Gerard Manley Hopkins’s claim that “the world is charged with the grandeur of God.”

None of these films proselytizes. Rather, their creators study reality through the lens of faith—and the films, through their beauty and truth, invite viewers to do the same. And so it is with Ida. Pawlikowski’s film charts the journey, both physical and spiritual, of a young nun and her atheistic, promiscuous, and alcoholic aunt, as they search for the burial site of Jewish relatives killed during the Holocaust (see Rand Richards Cooper’s review, “Out of Great Silence,” July 11). I can’t recall a film that can be approached  from as many angles as Ida; it is at once a post-Holocaust film, a feminist film, a psychological exploration, a road movie, and a detective story. But perhaps the most radical approach is traced by its metaphysical and religious themes. Critics point out that Pawlikowski has been influenced by two cinematic giants, Ingmar Bergman and Robert Bresson. In Ida Pawlikowski presents Bergman’s questions and Bresson’s answers; Bergman’s atheism and Bresson’s emphasis on the presence of grace. The plot centers on a kind of Kierkegaardian either/or: either opt for absurdity, or make a leap of faith to Christ.

The camera work, done in a gravely beautiful black and white by Lukasz Zal and Ryszard Lenczewski, contributes significantly to the film’s brilliance. Close-ups emphasize the spiritual condition of the two protagonists, while distant shots make them seem small against a vast background, suggesting how insignificant we are in an indifferent environment—and reminding us that we, finite as we are, are called toward the Infinite.

I think about the silence that ripples through an audience after such films and wonder, is the awe—is the experience itself—purely and merely aesthetic? If the philosophers are correct about the transcendentals, if all created beings are true, good, and beautiful because this is what their Creator is, then is any such experience merely aesthetic? Isn’t every experience of beauty an experience, however vague and limited, of the Divine?

Ida is an exceptional example of cinema at its best. It is also a deeply religious film, and I’m going to regard my next viewing of it as a religious activity.

Rev. Robert E. Lauder, a priest of the diocese of Brooklyn, is a professor of philosophy at St. John's University, Jamaica, New York, and author of Magnetized by God: Religious Encounters through Film, Theater, Literature, and Paintings (Resurrection Press).