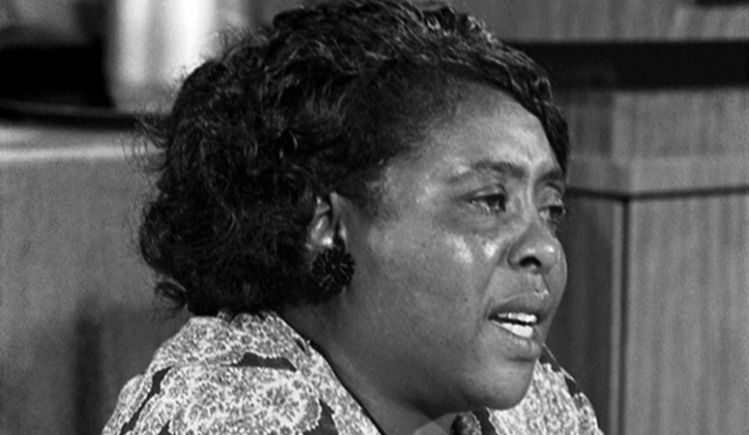 Thomas Merton. Martin Luther King Jr., Dorothy Day. Albert Raboteau’s book, American Prophets, exposes us to familiar names and some perhaps less familiar ones as well, such as A. J. Muste, Howard Thurman, Fannie Lou Hamer, Peter Maurin, and Abraham Joshua Heschel. One chapter at a time, this study dives into the lives of a handful of prophetic American activists of the last century, breaking open their spiritual understandings for readers and inviting us to sit at the feet of modern spiritual masters. The book is a true exercise in hagiography in every sense of the word, detailing the lives of these modern saints while extolling their extraordinary vision.

Like Paul Elie’s 2003 study of four American Catholic writers, The Life You Save May Be Your Own, Raboteau’s book traces how its protagonists wove in and out of one another’s lives—Muste’s experiences on retreat at Gethsemani, Merton’s correspondence with Day and others, or Thurman’s involvement with the Fellowship of Reconciliation, which Muste helped found. Spiritual touchstones such as the psalms and the writings of Quaker mystic Rufus Jones also helped shape many of their lives. These patterns of contact and common influence do much to humanize these figures for the reader. Letters, interviews, and assorted writings provide nuggets of wisdom for further reflection and learning.

The extensive nature of Raboteau’s research makes his choice of what to include in the life of Dorothy Day somewhat curious. Of all the lives taken up in American Prophets, Day’s is the only one Raboteau depicts as less than angelic. He details Day’s wild times and her abortion at far greater length than the troubles of any other figure in the book. Nothing is mentioned, for instance, of Merton’s carousing as a young man or of the child he fathered, and A. J. Muste’s step away from faith to communism is glossed over. Also absent are any accounts of people of color other than African Americans. The prophetic social visions described in this book, after all, embrace not just the civil-rights movement, but peace, racial reconciliation, and labor rights. The exclusion of Cesar Chavez from Raboteau’s pantheon seems strange.

Where the book does soar is in its depiction of the Mississippi civil-rights hero, Fannie Lou Hamer. The chapter about Hamer’s struggles and sacrifices—including the excruciating details of her savage and near-fatal beating by racist police in Mississippi in 1963—illuminates the profound nature of redemptive non-violent suffering. Raboteau reprints sections of Hamer’s speeches at rallies, showcasing the theological genius of this woman who was forced to drop out of school at thirteen. Weaving Scripture and hymnody seamlessly into her speeches, Hamer made it clear that racism was a spiritual sickness that must be attended to by the people of God.

Of all the stories offered up in this book, Hamer’s feels the most real and accessible today. Reading her description of being battered by white Southern police officers, I could not help thinking of the many images of brown and black bodies killed and abused that I see on the news almost every night. “Just as it’s time for America to wake up,” Hamer said, “it’s time for churches to wake up.” Her story and her words remain as powerful today as they were when she uttered them half a century ago.

American Prophets is the kind of book that might be assigned in a college theology course or used in a parish social-justice group. Raboteau’s admiration for these figures leaps off the page and invites a hushed reverence even in the reading, even if at times it also manages to make them seem like untouchable figures of myth. Encountering these “prophets” all too briefly in each chapter will leave many readers with a desire to know more about them. American Prophets invites the reader closer to the kind of faith that insists on justice. At its best, the book not only extends an invitation to see how figures of faith mobilized their communities, but reminds us that the prophetic spirit is still calling us to action.

Susan Haarman is the faith and justice minister at Loyola University Chicago.