'Modernity and Its Discontents'

How We Got Here
By Alan Wolfe
Books
Secularism and Modernity 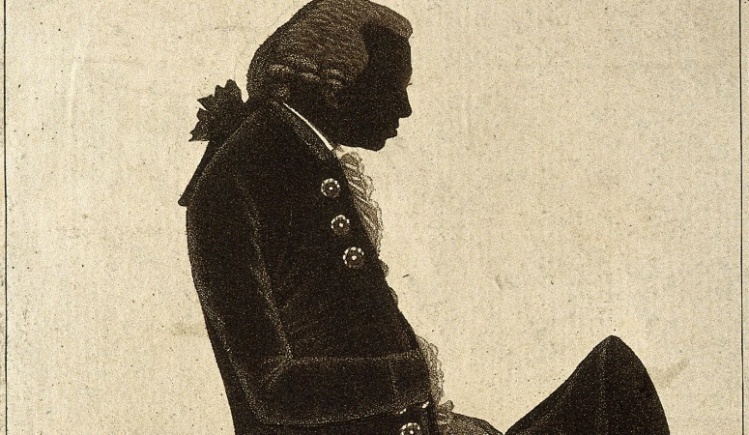 As I write this, Americans are in the process of making a choice between Donald Trump and Hillary Clinton. While much is at stake in this election, in many ways the major difference between these two candidates comes down to the qualities associated with modernity versus those praised by its most persistent critics. Should we value reason and trust it to guide our affairs in law, science, politics, economics, and thought? Or ought we be suspicious of the whole idea of progress and trust our spontaneous emotions and ecstatic longings?  A more important set of questions would be difficult to pose.

In Modernity and Its Discontents, Steven Smith, poses the matter this way: “How is it possible to retain a critical stance toward modernity and yet resist the temptation of radical negation?” As his wording suggests, he finds the right answer in an appreciation for balance; we should neither be tempted by a strict Kantian emphasis on universal moral duties nor by the romantic escapism of a Friedrich Nietzsche and his followers.  Two thinkers exemplify the moderation he seeks: Alexis de Tocqueville and Leo Strauss. On the former he is correct. On the latter: not so much. But more on that momentarily.

Smith’s major contribution to this important debate over modernity is the clarity of his thinking. I’ve struggled with Kant and Hegel ever since I became interested in political philosophy; Smith’s (relatively brief) exposition of their ideas is the single best I have ever read. “The task of reason,” he writes of Kant, “is to supply moral goals that cannot be provided by dependence on experience alone.” That is as pithy a description of Kant’s major thought experiment as there is. Hegel’s task, by contrast, was to examine history, the real history of institutions and events, to defend their “civilizing and educational mission.” If I were, God forbid, to start college all over again, Smith is the kind of teacher I would seek out.

Not only does Smith write clearly, his range is remarkably broad. There are chapters here on Madam Bovary, The Leopard, and Mr. Sammler’s Planet, not the usual fare for a political philosopher. Machiavelli is discussed, not by a close reading of The Prince, but through his comic masterpiece Mandragola. Benjamin Franklin gets a whole chapter, which, on a subject like modernity, he surely deserves. The political philosophers under discussion are the usual ones—Rousseau and Hobbes are prominently featured—but they do get distinctive treatments: Hobbes, for example, is examined to discover what kind of Christian he was. Along similar lines, Spinoza is treated, not as a renegade from Judaism, but as “a new kind of psychological Jew who seeks liberation from tradition and dependence on external authority, wishes to think for himself or herself, and values independence. Self-mastery, and courage, and the highest human virtues.” There is, Smith comments, no such thing as a free lunch, and for Spinoza, the price of admission to modernity was “the loss of both religious identity and fidelity to an ancient way of life.”

Smith’s use of the term “free lunch” reminds me that there is no such thing for him either. Smith made the decision to tackle a huge subject such as modernity by assembling previously published essays, and he pays a price, actually many prices, for it. One is an unexplained selectivity: the most powerful antimodernist, in my opinion, is the Savoyard monarchist Joseph de Maistre, but he gets only a couple of paragraphs in Smith’s book while considerably more attention is paid to a lesser thinker, George Sorel, the advocate of syndicalist violence. Smith, furthermore, although so good at condensing the thoughts of the thinkers he discusses, all too often includes the obvious: I would love to see someone talk about The Leopard, one of my favorite novels, without mentioning Tancredi’s by now famous observation that in order to conserve, one must change.

But these are small matters in comparison to the large one: a volume of previously published essays cannot, by its very nature, offer a sustained answer to the question that guides it. I am not against publishing collected essays; I have done so myself. The problem is linking them to a grand theme that requires sustained argument to be tackled effectively. Put it this way: If an author chose to address a huge subject such as modernity with a clean slate, would there be a discussion of Saul Bellow? There might be, but only by the widest stretch of the imagination. Once you let previous publications shape a volume, you cannot advance a systematic argument.

As mentioned above, Smith admires the work of Leo Strauss who, in his view, “believed that present-day liberalism requires the support of certain premodern sources of authority if it is to be sustainable.” I believe that liberalism ought to be liberal—that is, it ought to include as many diverse thinkers as possible. But there is nonetheless a core component of liberalism, and it consists in a temperament open to extending the reach of freedom and equality. By no amount of tinkering with that core meaning can Leo Strauss be called a liberal; he simply does not share the conviction, articulated by thinkers from John Stuart Mill to John Rawls, that a good society expands the moral horizons of its citizens. Strauss finds so much wisdom in the ancients because they never had to wrestle with the problem of modernity as so many contemporary thinkers, including Smith himself, find it necessary to do.

In his blurb for the book, Michael Walzer calls these essays “intellectual fun, of a very high order.” I think he gets it just right. Rarely have heavy thinkers been discussed with such a light touch. This is a superb collection of essays. That it is not quite a book that makes a comprehensive argument just raises the expectation that Smith will make it his task to write a great book that does.