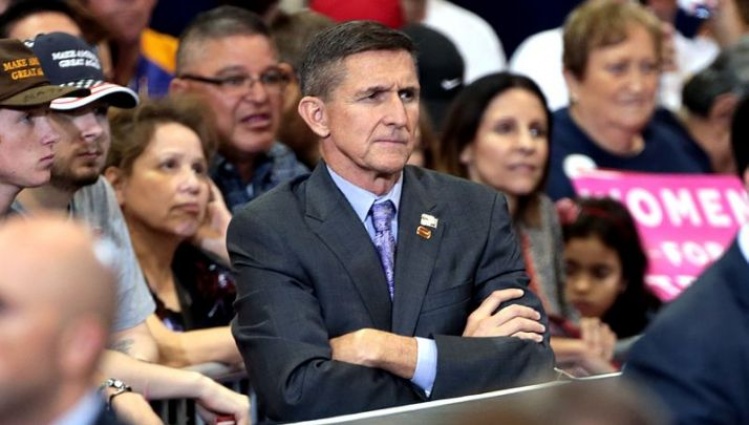 That the senior ranks of the incoming Trump administration have taken on a decidedly military hue is both entirely logical and deeply troubling.

It’s logical as a further confirmation of the ongoing militarization of U.S. policy, a process underway for several decades now. It’s troubling for precisely the same reason.

By appointing Marine four-star generals to run the defense and homeland security departments along with one army three-star to serve as national security adviser and another to serve as that individual’s chief of staff, Donald Trump simply makes explicit what has been implicit for many years: In present-day Washington, war is no longer the continuation of politics. Instead, war has supplanted politics, with mere statecraft consigned to a subordinate position. Inside the Beltway, warriors enjoy status and clout equaled only by that accorded to billionaires, corporate CEOs, and lobbyists.

Two or three more generals installed in top posts and we can start referring to a Trump junta instead of a Trump administration.

Granted, candidate Trump’s expressed attitude toward senior military leaders—“I know more about ISIS than the generals do, believe me”—did not suggest that a bromance might be in the offing. But there’s no accounting for infatuation, even for an aging Lothario. And consistency does not number among our next president’s defining attributes.

To be sure, neither statute nor tradition prohibits military figures from filling nominally “civilian” positions in the national security apparatus. Since the end of World War II, three retired generals, George Marshall, Alexander Haig, and Colin Powell, have won confirmation as secretary of state. One (Marshall) served briefly as defense secretary. Presidents Ford, Reagan, George H.W. Bush, and Obama all turned to senior military officers, some still on active duty, to serve as national security adviser. Other admirals and generals have served as undersecretaries, agency directors, ambassadors, and the like. In 1952, Americans chose a five-star general to fill the biggest civilian post of all, voting Dwight D. Eisenhower into office as commander-in-chief. Through it all, the Republic managed to survive.

I don’t expect the platoon of retired generals in Trump’s cabinet to determine whether or not we survive his presidency. Even so, Trump’s personal affinity for ex-military types—let us not overlook the West Pointer in line to run the CIA and the former Navy SEAL who will head the Department of the Interior—should give Americans pause for two reasons.

First, in contrast to, say, Marshall or Eisenhower, this latest crop of generals to occupy the upper rungs of the national security apparatus includes no one who has actually won a war. True, they have gained vast experience in the management of armed conflict, as their stacks of campaign ribbons and personal decorations testify. But if the ultimate measure of generalship is victory, they have come up short. As Trump himself once remarked, they haven’t “done the job.” So we may wonder what exactly qualifies these particular generals for the various offices to which they are about to lay claim.

Second, and more importantly, even as he surrounds himself with generals, Trump himself—in contrast to the several presidents mentioned above—gives little evidence of possessing even a rudimentary grasp of the precepts and practices that govern the American civil-military tradition.

That tradition rests on two pillars. The first is the principle of civilian control, which the commander-in-chief asserts. The second is the military professional ethic, to which members of the officer corps subscribe. Yet here too, the president has a role to play, by respecting and therefore helping to sustain the code of “Duty, Honor, Country.”

Adherence to principle and ethic are necessarily imperfect. Some amount of tension between the two is inevitable. But together, they apportion authority and responsibility, establish boundaries, and define distinct but complementary spheres of action. In so doing, they function as twin sentinels guarding against the possibility of the nation with the world’s most powerful military succumbing to praetorian rule.

Whether Trump actually understands the American civil-military compact is an open question.  So too is his willingness to abide by its provisions. Indeed, to judge by statements he made during the presidential campaign, Trump is either ignorant of established practice or simply disdains it.

Recall, for example, Trump’s vow if elected to reinstitute torture and to categorize the families of Islamic militants as enemy combatants, subject to attack. If implemented, both of these would require American soldiers to violate the law of war and by extension their own code of professional conduct. Confronted with the suggestion that U.S. military officers might balk at obeying patently illegal orders, Trump was adamant. “They won’t refuse. They’re not going to refuse me,” he insisted, his signature bombast on full display. “Believe me―If I say do it, they’re gonna do it.”

However oblivious to the implications of what he was saying, Trump was thereby proposing to radically revise the existing civil-military relationship. In a Trump administration, he was suggesting, legal, ethical, and moral  considerations will in no way circumscribe his own authority as a wartime commander-in-chief. Trump expects compliance with his own dictates to take precedence over the values that allow soldiers to see themselves as something more than hired guns.

Regrettably, in recent years, a passel of retired generals and admirals have given Trump (and others) ample reason to think of officers as mere hirelings or at least as something other than members of a staunchly apolitical calling. They have done this by injecting themselves directly into political campaigns. With their military credentials prominently displayed, retired senior officers ostentatiously endorse this candidate, denounce that one, and appear onstage at those quadrennial festivals of gaudy partisanship known as presidential nominating conventions. By their behavior, they thereby suggest that the military itself is just another political constituency to be courted and counted, rather than an institution standing apart from mere politics. And as is now evident, those who back the right horse reap considerable rewards.

Whether the national security policies of the United States will thereby become wiser, more prudent, and more effective remains to be seen. With President Trump calling the shots, there is little reason to expect that they will be. Yet merely by signing on to Team Trump, the gaggle of retired generals assigned starring roles in the next administration thereby become complicit in the further erosion of the American civil-military tradition on behalf of a president who views that tradition as an unwelcome obstacle.

Not long after his own departure from active duty as joint chiefs of staff chairman, General Martin Dempsey publically expressed his concern about the partisan activities of his peers.  Retired generals who engage in such activities do grave harm to the military profession, he wrote in July 2016. “The military is not a political prize,” he insisted. Sadly, Dempsey was wrong. The military has become a political prize, which Donald Trump believes he has just won. The various generals eager to do his bidding affirm that belief.