‘On Empson’ by Michael Wood
By Denis Donoghue
Books
Poetry 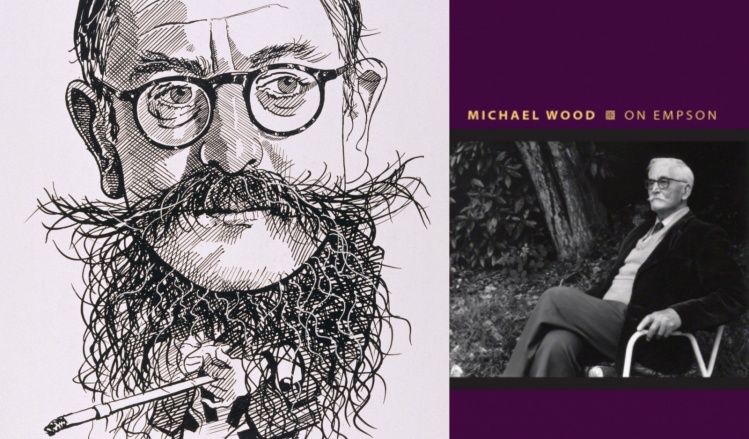 I spent one evening in William Empson’s company, in a manner of speaking. I was Professor of Modern English and American Literature at University College, Dublin. One of my colleagues, Norman White, suggested that I might like to invite Empson to read his poems. I might indeed, on condition that Dr. White would do the work entailed: write the letter of invitation, fix the date, fee, the travel, would Mrs. Empson be coming?, the hotel, the meal before the reading, taxis, and so forth. Agreed.

Nothing of the meal stays in my memory, but when Empson and I were taking the short walk from the Montrose Hotel to the campus, he surprised me by these words. Empson: “Do you know much about Andrew Marvell?” I: “Only what everybody knows, I suppose.” Empson: “Do you know much about his housekeeper?” I: “Not a thing.” Empson: “Pity. I think she’s the clue to the whole thing.” Since I didn’t know what the whole thing was, the clue to it reduced me to silence.

This persisted till we reached the lecture hall, where a remarkably large audience of students was awaiting the poet. We worked our way down the many steps to the podium, where I introduced him with my usual formula: “Please welcome our distinguished guest, poet and critic William Empson.” Then I sat down a yard or so from him and thought my duty well enough fulfilled. Not yet. Empson looked at me and asked: “Have you seen my dentures?” I: “No, I’m afraid not, Professor Empson.” Empson: “Perhaps I left them in the restaurant?” I had nothing to say. Empson: “Oh well, perhaps in London.” At this point the top door on the right-hand side of the lecture hall opened and Mrs. Empson entered, accompanied by Gareth de Brun, a familiar literary man well known for being one of the few Dubliners who sported a pigtail. They made their way down the steps to the only two vacant seats in the front row. Empson waited till they were settled before he began.

Introducing each poem, he indicated in a sentence or two the circumstances in which he wrote it: where, when, and in what mood. After the second poem, as I remember, Mrs. Empson called out: “William, you’re very boring.” He let that pass. But after the next poem she called out more formally: “William, you are very boring.” Empson stopped, looked at the audience, and said: “My wife tells me I am very boring.” He then finished the poem, whereupon Mrs. Empson and Gareth de Brun got up and left. Empson continued without further interruption in his “grandee English accent,” as Michael Wood describes it. I recall only one further moment, when a student called out “Give us ‘Aubade,’ Professor.” Empson complied. “It seemed the best thing to be up and go.”

When he had read for more than an hour, I called the evening to a halt and thanked him. The applause sounded as if it would never stop. I handed Empson over to Norman White and went home.

My wife tells me I am very boring
sharetweet

Michael Wood’s book is as all such books should be, an introduction, continuously helpful, never boring, addressed to readers who may have met one or two of Empson’s poems in the standard anthologies but have not gone forward to become learned in his work. Such readers probably know Empson as a critic, author of Seven Types of Ambiguity (1930), Some Versions of Pastoral (1935), The Structure of Complex Words (1951), Milton’s God (1961), and several collections of his essays and reviews. Those readers may also have come across Empson in his controversial style, disputing with weightier scholars—notably Helen Gardner and Rosemond Tuve—who knew more of the matter in hand than he did. Professor Wood is decently informative on everything that needs to be clarified, especially on Seven Types of Ambiguity where the whole thing—if I may repeat that opaque phrase—starts. He is excellent, too, on the complex words in Empson’s vocabulary: “ambiguity,” “pastoral,” “irony”—far-darting words that need a deft touch.

I found myself assenting to Wood on every page, except on page 11, where he refers to what Empson saw as “the invasion of English and American universities by hordes of Christian critics.” I don’t recall the hordes or the invasion. The Christian critics in those years were few:  T. S. Eliot, W. K. Wimsatt, Walter Ong, and the one that Empson professed himself glad not to have read, Hugh Kenner. That critic read Empson (Gnomon, 1958, pp. 249–262) so spiritedly that I wish I could have heard a conversation, which never happened, between Kenner and Wood on the poems.

In On Empson Wood reads about ten poems, some well known, others not. His method is explication, paraphrase. When I was young, we were warned against this method; it was alleged to be fatally misleading. But Wood knows that, without it, it would be impossible to enter Empson’s poems. He is also splendid in quoting relevancies from other sources—as from J. L. Austin’s Philosophical Papers: “We may cheerfully subscribe to, or have the grace to be torn between, simply disparate ideals.” I would want to ask Austin how much weight I should put on “cheerfully” and “subscribe.”

The poems that Professor Wood chooses are hard enough but not the hardest. As it happened, I had been reading a long, arduous commentary on Empson’s “The Teasers” by Mark Thompson in the May/June issue of the PN Review. This poem was once held to be accessible. Empson included it in readings (but not in the one I attended), recorded it, let it be anthologized, put it in The Gathering Storm (1940) but later told Christopher Ricks that “it doesn’t make sense, you can’t find out what it’s about.” Even after Thompson’s commentary, I feel blank about it. Wood lets it alone, concentrating on “To an Old Lady,” “Villanelle,” “This Last Pain,” “Autumn on Nan-Yueh,” “Note on Local Flora,” and several other poems he likes. His readings seem to me always honorable, highly intelligent, the sort I would like to hear in one of his lectures at Princeton.

Denis Donoghue holds the Henry James Chair in English and American Letters at New York University. His most recent book is Irish Essays (2011).

The Banality of Eagleton