‘Be Such as God Made You’

Theology & the Struggle with Body Image
By Amanda C. Knight
Spirituality
Theology
Women in the Church
The Last Word 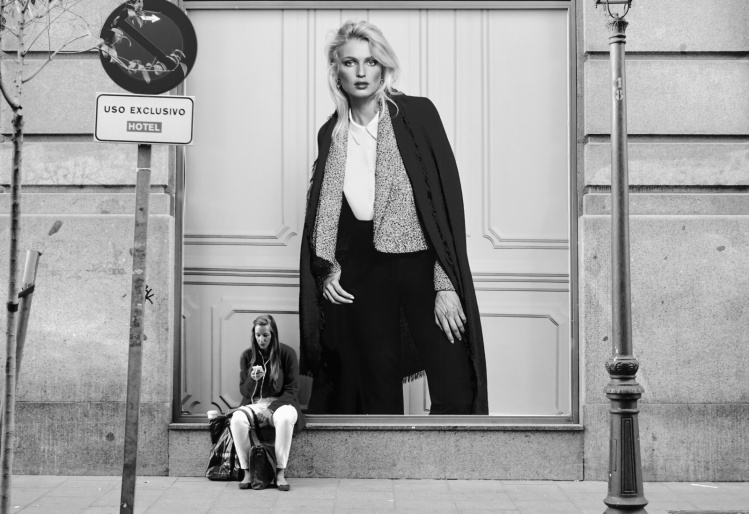 As a PhD student in early Christian theology, I describe, analyze, and evaluate ancient texts. I have also been, I think, a relatively thoughtful Christian for most of my life, so the texts I study inevitably intersect with my own experiences and beliefs. Remarkably, this intersection has often proved most edifying on the subject of body image—an issue I have long wrestled with and about which the contemporary church has largely remained silent.

I am twenty-eight-years old. For as long as I can remember I have had severe anxiety about my appearance. But I didn’t entirely understand the extent to which that anxiety affected me until I met the man who is now my husband. The first time he kissed me, I trembled, and I cried. But it was not from any abundance of romantic feeling. It was because he was so close to my face, close enough, I imagined, to see every flaw.

I also wept the first time I let him touch my bare, clean face, knowing that beneath his gentle fingers lay scars and scabs that were left from a recent round of my obsessive skin-picking. It was a habit I had fallen into as a teenager, one that started as an attempt to deal with acne but quickly evolved into a form of self-punishment. My sense of worth was bound up in how I felt about my appearance. And if I felt ugly, I had a sense that my ugliness ought to be further displayed. So I created more blemishes. I was also convinced that I was too short, my breasts were too small, and my figure too girlish and skinny.

I know I am not alone in my struggle. Research shows that the majority of women, including adolescents and even young girls, feel dissatisfied with their bodies. But the heart of the problem is not merely dissatisfaction with bodies but their objectification. Art critic and writer John Berger perceptively observed that the experience of “being looked at” leads women to see themselves as “an object of vision: a sight.” Psychologist Rachel Calogero argues “that the sexually objectifying experiences encountered by girls and women in their day-to-day environments lead them to internalize this objectifying gaze and to turn it on themselves.” In other words, women and girls begin to view their own bodies as objects distinct from themselves—objects that, importantly, must be sexually attractive to be valuable. Women receive these objectifying messages not only through social interaction but through the nearly inescapable exposure to media. Such was certainly my own experience: the images of flawless actresses in advertisements and television shows, the photo-shopped models on billboards and magazine covers, and the frequent comments from those around me regarding my appearance or that of other women pressed home the message of my own deficiency.

Because the female body that the culture upholds as ideal consists of generally unattainable and even incompatible physical characteristics, the majority of women will always fall short. Consequently, it is hardly surprising that self-objectification is associated with depression, sexual dysfunction, and eating disorders.

I’ve never heard this issue addressed from the pulpit. Certainly some churches affirm women in their “inner beauty” (though others tell women that “sometimes the barn needs a fresh coat of paint”), but mostly these concerns with body image go unnoticed or unmentioned.

Female bodies, rather than being useful like men’s, were looked at as adornments.
sharetweet

Surprisingly, a few leaders of the ancient church noticed the problem. In their world, too, the bodies of women were judged according to harsh standards. And, while some patristic authors were far from kind to women  (Tertullian, for example, called women “the devil’s gateway”), others—still imperfect and still men of their time—responded boldly against the objectification of women’s bodies.

Take Clement of Alexandria (150–215). Clement understood Jesus’ words in the Sermon on the Mount—“Therefore I tell you, do not worry about your life, what you will eat or drink; or about your body, what you will wear. Is not life more than food, and the body more than clothes?”—to describe the innate value of the human body. He observed women buying inordinately expensive clothing just “for looking at.” To him, these purchases indicated that these women actually valued the clothes more than their own bodies. Female bodies, rather than being useful like men’s, were looked at as adornments. Clement responded by affirming the value and inherent loveliness of women’s bodies, because they too had been created by God. “Is it not monstrous, that while horses, birds, and the rest of the animals, spring and bound from the grass and meadows, rejoicing in ornament that is their own, in mane, and natural color, and varied plumage; woman, as if inferior to brute creation, should think herself so unlovely as to need foreign, and bought, and painted beauty?” he proclaimed.

For the same reason, Cyprian of Carthage (200–258) understood that women’s bodies are inherently valuable. Cyprian, in a work on the dress of virgins, counseled them thus: “Therefore hear me, O virgins, as a parent.... Be such as God the Creator made you; be such as the hand of your father ordained you. Let your countenance remain in you incorrupt, your neck unadorned, your figure simple.”

John Chrysostom (349–407), archbishop of Constantinople and the most distinguished preacher of the early church, frequently warned against the expense of outward adornment out of his passionate concern for the poor, yet also showed pastoral concern about the anxiety he perceived in women regarding their appearance. Indeed, John spoke about this anxiety as a kind of enslavement. Moreover, John appeared to have an inchoate idea that this enslaving anxiety was a communal problem, the responsibility for which was shared by men. For example, in a homily condemning the “the tyranny of wealth,” John added the following comments: “Is gold good? Yes, it is good for almsgiving for the relief of the poor; it is good, not for unprofitable use, to be hoarded up or buried in the earth, to be worn on the hands or the feet or the head. It was discovered for this end, that with it we should loose the captives, not form it into a chain for the image of God. Use thy gold for this, to loose him that is bound, not to chain her that is free.” Remarkably, John addressed the entire congregation in these exhortations, and seemingly men in particular by his use of “we” and “her.” It is “we” who form the chains for “her.” In this way, John implied that women’s anxiety about their appearance is a problem to be solved by the entire community.

Every generation must engage the interpretation of Scripture and tradition afresh in light of its particular circumstances, for God’s truth is living, active, and ever new. I am not suggesting that the church simply adopt the particular beliefs expressed by Clement, Cyprian, or John Chrysostom. I am suggesting that the church take up the boldness and the depth of theological reflection exemplified by these fathers, for the depth of the response of the church today must be proportionate to the magnitude of the underlying issue.

Soon after my husband and I began dating, I decided to stop wearing makeup. Sticking to that decision was often painful, but the recognition that my anxiety was impeding trust in my relationships showed me that I had to find a way to change my thinking regarding my appearance. I needed to grow accustomed to seeing my bare face, my unadorned body, and replace my constant fault-finding with the firm affirmation that what God has created is good.

The church should have aided me. It should have recognized and denounced the lies that our culture relentlessly presses on us. Nevertheless, I thank God for my discovery that the ancient church did address my struggle. In the presence of the fathers of the church I learned to reconnect beauty with truth and goodness, with love, and with wholeness—all things that belong to God, the same God to whom St. Augustine famously cried out, “Late have I loved Thee, Beauty, so old, and yet so new.”

Amanda C. Knight is a student at the Laney Graduate School at Emory University.