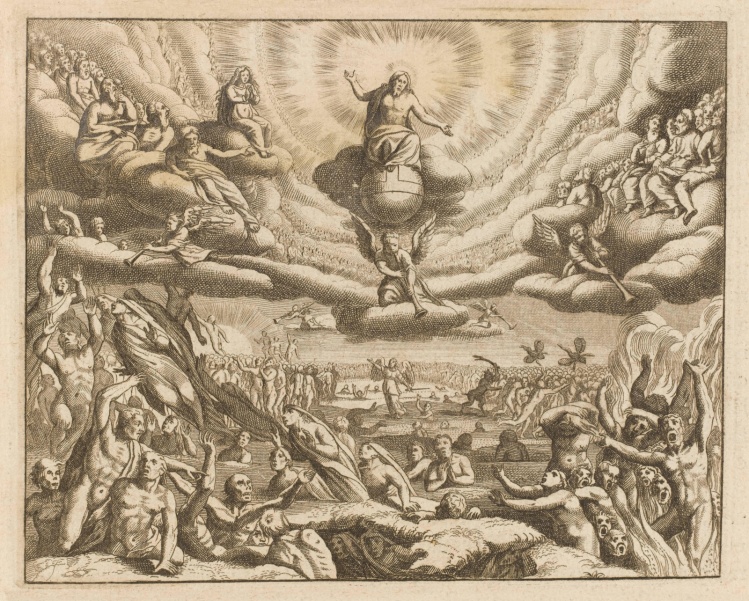 David Bentley Hart’s is an unusual voice in contemporary theology. Though he has university theological training (a doctorate from the University of Virginia) and is generally well respected in the theological guild, he does not write in a typical academic style. He pronounces more widely and more confidently than current standards of scholarly specialization and caution encourage, and he does not bother with footnotes, or even give the names of contemporaries with whom he is in debate.

That All Shall Be Saved is not, then, an academic monograph. It is also not a textbook, nor an edifying piece of pastoral or spiritual writing. What it is, most fundamentally, is a polemic—a scathing, vigorous, eloquent attack on those who hold that that there is such a thing as eternal damnation

Hart aligns himself with what has mostly been the minority position in the history of Christianity (though possibly not in the first few centuries): belief in universal salvation. He draws particularly on the vision of Gregory of Nyssa, the fourth-century theologian and bishop of Cappadocia best known for his role in shaping the doctrine of the Trinity. In Nyssa’s theology, what we find in the Bible is not a story that ends in a division into two camps, the saved and the damned, heaven and hell, but a story that ends in the fulfilment of what God has always envisioned: all of humanity—and indeed all rational creatures—drawn, in union with each other in Christ, into the glory that was always intended. There is still a place for hell in the vision Hart offers us, but no eternal place for it. It is possible to reject God’s love, to alienate oneself from God, but that sinful capacity to refuse God is finite, and can never be the last word.

However, most of Hart's energies do not go into setting out and and defending this positive vision of the final victory of God and the salvation of all, but rather into attacking the alternative. The “infernalists,” as he calls those committed to belief in the eternity of hell, take a position that is unnecessary, unbiblical, incoherent, and above all, he insists again and again, morally repugnant.

We are so used to assuming that eternal damnation is part of the Christian package, he maintains, that we dramatically misread the New Testament texts. Not only do we dismiss or interpret away all those passages that seem clearly to point to universal salvation (Hart lines up twenty-three of them at one stage in his argument), but we also fail to notice the kind of language Jesus used in relation to judgment. “I am quite sure,” he writes, “that, had Jesus wished to impart a precise and literal picture of the Age to come, he could have done so. But in fact the more closely one looks at the wild mélange of images he employed…the more the picture dissolves into evocation, atmosphere, and poetry.” Hart points readers to his own recently published translation of the New Testament, which in its unusual literal fidelity to the Greek restores the original ambiguities of some key texts.

We are so used to assuming that eternal damnation is part of the Christian package that we dramatically misread the New Testament texts.
sharetweet

The most intellectually dense strand of the book—and the most difficult for non-specialists to follow—is Hart’s argument against the idea that any rational being might permanently choose evil. The density here comes from the fact that Hart is working within a philosophical and theological paradigm that was once mainstream for the Christian tradition but is now unfamiliar to most Christians, even the well-educated, unless they have formal theological training. If one accepts this paradigm, with its assumptions about the relation of intellect and will, about the fundamental ordering of all creatures towards God, and about the nature of evil as privation, then one should find it inconceivable, Hart insists, that any human or angel could continue forever to choose against God. The idea is simply incoherent. This is a genuine challenge that needs to be taken up and wrestled with by Thomists and others who work within this classic theological paradigm.

Hart believes that people have not noticed this and other forms of incoherence because “infernalist” belief has darkened the minds of those who hold it, encouraging them to appeal to analogy, mystery, and paradox to cover over nonsense and contradiction. His biggest theme is not intellectual incoherence, however, so much as moral repugnance. It is to this that he turns again and again. The majority view is manifestly “odious” and the acceptance of it morally indefensible. The attempt to believe in eternal damnation has corrupted the moral imagination of Christians, causing it to “bend and lacerate and twist itself” in all kinds of terrible ways.

One explanation for the polemical tone of That All Shall Be Saved lies here: Hart is writing a book that, as he sees it, should not need to be written. The impossibility of a loving God damning anyone to an eternity of torment is so clear to a properly functioning moral instinct that it should not be necessary to go into complex biblical interpretation or philosophical analysis to settle the question. And Hart is constantly trying to remind his readers of this, to break through the resistance to the morally obvious.

In my view extended polemic is usually not a useful or responsible way for theologians to go about their work. But in this case I wonder whether there is some justification. Many ordinary Christians, and indeed many theologians, are in fact universalists of one kind or another, but they can often seem to be on the back foot, apologetic, under suspicion, their orthodoxy and seriousness about Christian faith in need of defense. Hart’s polemic helps shift the burden of proof, turning, at least for a moment, the question and the suspicion against the “infernalists.” It is a forceful intervention that may usefully rebalance the debate.

Still, the rhetorical fireworks and polemical vigor do come at a cost. Non-specialists will be left with a rather distorted impression of contemporary theology. Hart paints himself as a lonely, embattled hero and presents the current state of theology rather too pessimistically. He also deals with a fairly common position closer to his own—“hopeful universalism,” the belief that we are permitted to hope (but not to be certain) that hell is empty—with only a dismissive couple of pages. To give full force to his rather pugnacious rhetorical gifts, it suits Hart to present himself as surrounded by fools and sadists, but he has no shortage of potential theological allies—and not only in the fourth century.

'How All Things Fit Together'