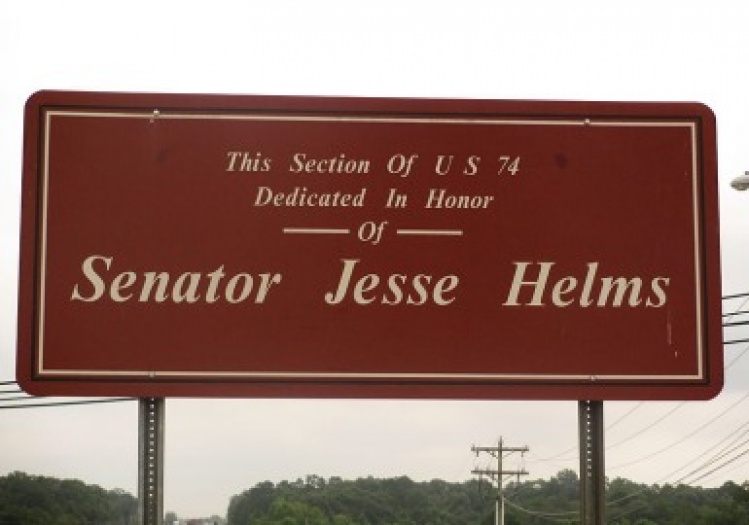 Nothing in the current debate over affirmative action has rankled me more as a black person than the question: “Isn’t thirty years enough?” It has been asked by many people, but perhaps most prominently by Jesse Helms on the floor of the Senate in March. “Isn’t thirty years enough?” Helms intoned, as he announced that he was introducing legislation to end all federal affirmative-action programs.

To put that into perspective, recall that the first black settlers arrived here as slaves in 1619. In the 376 years since, African Americans have enjoyed two periods of relative normalcy, two periods of about thirty years each in which they were subject to neither involuntary servitude nor officially sanctioned second-class citizenship. And those two periods were separated by about seventy years.

Sixty good years out of 376—and people have the nerve to ask whether thirty years of affirmative action isn’t enough. Incredible!

Nevertheless, the political facts of life suggest to me that thirty years will have to be enough. Because affirmative action, at least insofar as it means efforts to overcome the historically imposed disadvantages of black folks (and definition is part of the problem in this debate), looks like a goner.

My personal crystal ball says that 1996 will bring a watershed event of some sort in American race relations—a Supreme Court decision? passage of the California Civil Rights Initiative? the election of Phil Gramm?—that will be the symbolic equivalent of Plessy v. Ferguson in 1896. That, of course, was the Supreme Court decision that made “separate but equal” the law of the land, marking a kind of official end to Reconstruction and laying the juridical foundation for Jim Crow. The new event, whatever it turns out to be, will ring down the curtain on the most recent period of black advancement. God willing, we’ll not regress as far as Jim Crow.

I fear that the foregoing suggests I am much more an un­ qualified supporter of affirmative action than I am. The fact is that it has troubled me for a long time and for a number of reasons, although none of them is killing.

It really can foster doubt about the legitimacy of the achievements of those it’s meant to benefit—not just in the minds of white males, but also in the minds of the blacks, women, or other beneficiaries. I don’t think this is a crippling defect. (It certainly doesn’t seem to have crippled the white men who benefited from affirmative action in decades past by not having to compete with excluded portions of the population.) As Stephen Carter observed in his book, Reflections of an Affirmative Action Baby (Basic Books, 1991), what’s critical is not how one comes to the opportunity, but what one does with it.

Affirmative action imposes obligations on its beneficiaries, and no one has demonstrated that, on balance, those beneficiaries don’t measure up as well as those from the traditional talent pools. (Of course, there’s no reason they shouldn’t measure up. Affirmative action has never been about hiring, promoting, admitting, or selecting unqualified persons. Rather, it is about looking for qualified persons in unaccustomed places.) Another troubling aspect of affirmative action, at least at one time, had to do with the message that I perceived was being sent to young black people. During the bad old days before the civil rights movement, young black folks used to be told, “You’ve got to be twice as good as the white boy to get half as far.” After the advent of affirmative action, the message sometimes seemed to be,  “Don’t worry, you’ve got an ace up your sleeve—you’re a minority.”

As a matter of historical equity, that may have been satisfying. After all, for centuries having white skin has amounted to having a whole deck of aces up one’s sleeve. Turnabout is fair play. But in terms of its effect on the motivations of individual young black people, this could not be a healthy message to send.

I cannot know how widely or deeply this message may have been absorbed. But that it was a legitimate concern and not just a figment of my imagination became clear to me at a Congressional Black Caucus seminar in Washington in the late 1980s. A young black man, a college student, rose and naively asked a question in which he raised the possibility that affirmative action might be detrimental to the efforts of blacks to help themselves. The distinctively unappreciative response from the panelists, all defenders of affirmative action in higher education, suggested that he had touched a sore spot.

But however large or small this problem once may have been, I doubt, given the temper of recent times, that it has been one at all lately.

A far more substantial affirmative-action concern is the expansion of the number of groups and categories who are counted as “excluded” or “disadvantaged” and therefore qualify as beneficiaries. It’s not that I would withhold from others an advantage that I enjoy. Rather, such an expansion was bound to undermine support for the concept of affirmative action itself, by diluting the sense that this was an obligation to justice. Remember, affirmative action (at least as originally conceived) was about compensation—reparation?—for disadvantages stemming from massive, unique, and undisputed historical wrongs. In this society, those criteria qualify two groups: African-Americans and Native Americans. Any others are a stretch.

The addition of women as a disadvantaged group and the broadening of the pool of disadvantaged minorities—however defensible these things may have been on an intellectual basis—undermined the emotional support necessary  to sustain affirmative action as a matter of compensatory justice. When everybody is a victim, nobody is.

But the problem for affirmative action now is not just that it has lost support, but that it inspires opposition, and even anger. Far from being a device to achieve compensatory justice, its opponents say, affirmative action has itself become a source of injustice. “Reverse discrimination” has become the battle cry of the opponents.

By any objective, empirical standard, such complaints have to be counted as vastly overblown. A world in which the median wage of white men exceeds that of any other ethnic or gender category by at least a third has hardly been turned upside down by affirmative action. A world in which white men still possess 90-plus percent of all the top-level management jobs is hardly one in which white male hegemony is threatened by affirmative action.

(Of course, these same figures cut the other way as well. If, after thirty years of affirmative action, this is all the beneficiaries have to show for it, then why is it so important and valuable?)

But to argue over objective, empirical evidence—statistics—is to miss the point of the opposition to affirmative action. The point is philosophical: Affirmative action, involving government-sanctioned preference on the basis of accidental characteristics, represents a departure from principles of individual merit and achievement and equal protection of the laws that are the essence of America. (At least they are the essence in recent years, after the historically favored groups have gotten theirs and largely arranged things so they can keep it.)

Americans find it hard to rest easy with such exceptions to principle—whether they be malignant ones like slavery and Jim Crow, or a benignly intended one like affirmative action. In the case of affirmative action, toleration could be sustained only as long as the sense of it as compensatory justice—not political entitlement—could be kept alive. When that sense evaporated, so did the support.

So what is to be done?

Not much, I suspect. President Bill Clinton may, with his present review of affirmative action programs, find a way to split the difference and cool the passions surrounding this issue. But I doubt it.

The fact is that an era is ending, the latest thirty-year window of opportunity for black folks in America. Affirmative action, I suspect, will end with it. I say that not happily, but resignedly.

For black people, the loss will be more symbolic than substantive. To be sure, affirmative action has wrought some genuine successes-I count my own education and career among them. But overall, in terms of bringing black people to parity with whites, it has not overwhelmed.

In the most important sense, affirmative action has always been more a spirit and a disposition than a program or a policy. It is that spirit that needs to survive. For the sake of America’s soul, that spirit must survive.