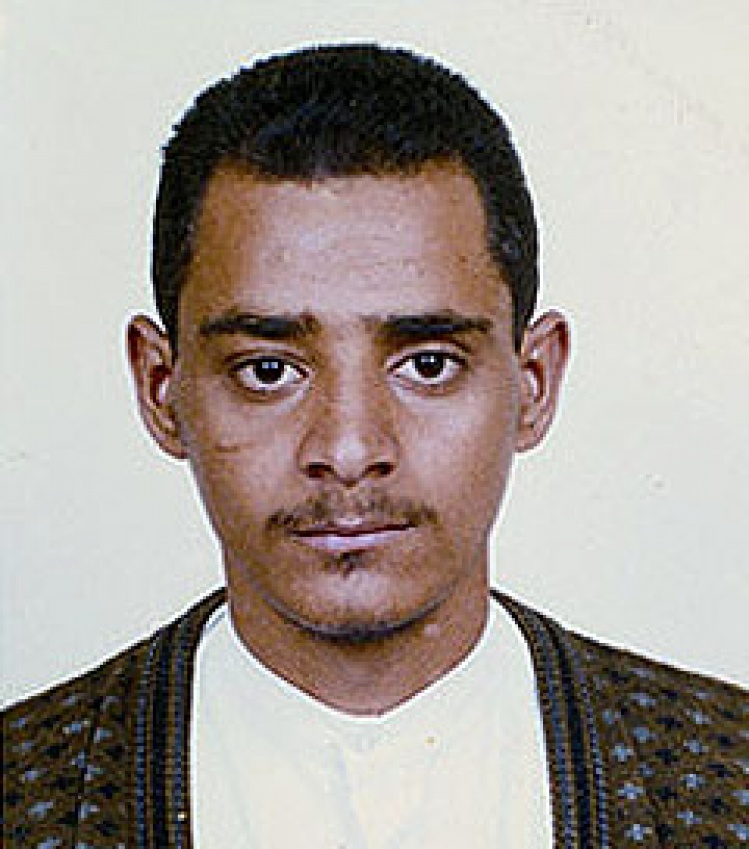 In the chilling anthology, Poems from Guantanamo, the following was penned by Adnan Latif:

Mr. Latif was the same age as me when he died. But he had spent over ten years imprisoned in Guantanamo. He was guilty of no crime or conspiracy to commit one, as was repeatedly found by every conceivable authority who examined the case. A summary of his time there can be found here. He was cleared for release as long ago as 2004.

Where were you in 2004? Put yourself in his shoes -- if he were permitted to have them. We hear that Mr. Latif "went crazy" in Guantanamo after ten years. Wouldn't you go crazy? But actually, in a sickening case of life imitating art -- the novel Catch-22 -- we have allegations of "insanity" precisely backward.

From a long list of choices, Mr. Latif's story is among the most tragic. Like most of the detainees at Guantanamo, he was in the wrong place at the wrong time and sold for a bounty. He had been in Pakistan seeking medical treatment for injuries suffered in a car accident. (The populating of Guantanamo by bounty purchases in Pakistan was well documented in My Guantanamo Diary, by Mahvish Khan -- an informative and painful read.)

Mr. Latif was found dead in 2012, so why do I bring up his story now? In one sense, we should need no reason: almost 100 hunger strikers -- 86 of whom have been cleared for release -- being unlawfully and unjustly detained in the name of the United States is perpetually newsworthy.

But his story was called to mind again because of a report released under the Freedom of Information Act that found guards at fault in Mr. Latif's death. He had been hoarding medication and successfully committed suicide. The guards didn't do their proper rounds to check on him.

In his emptiness and futility beyond Kafka, suicide was what he wanted, as he wrote in a 2010 letter to his lawyer. And yet, his story still haunts me.

If Mr. Latif had been found by the U.S. Army on a battlefield, unarmed and in need of medical attention, I have confidence he would have received it. Instead he was found on a battlefield by Pakistanis and sold to the U.S. as a supposed terrorist. How much did we pay for his life?

It could have been saved, even redeemed.

In January 2009, I was sitting in my car outside our daughter's day care, rapt with attention to the radio announcement that newly inaugurated President Obama was going to close Guantanamo. I cried for a long time. I had just spent several months reading every ex-detainee account and interview that I could find in a language I could read. Obama's first move was noble and right.

But here we are, well into a second term. On the issue of indefinite detention in general, and Guantanamo in particular, President Obama has been a complete failure. He has shown such courage in the commands to kill, much more so than anyone thought he would have. But in the courage to show mercy, the will just isn't there. No audacity, and no hope.

Indeed, as one reporter said of Mr. Latif last October, "he died from hopelessness." Guantanamo is where the hope of the American dream -- life, liberty, and actually that would be enough -- has gone to die.