Love & Death in the Time of Pinochet 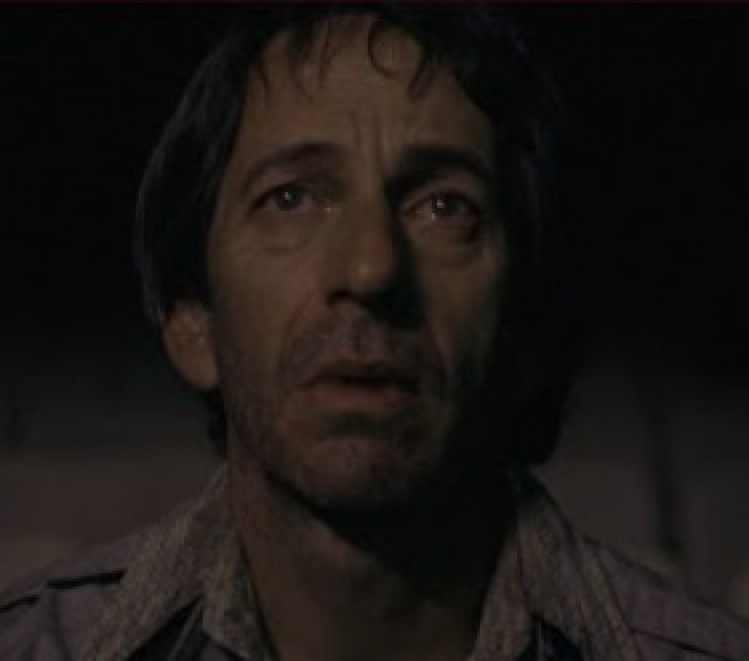 Alfredo Castro is the actor linking the components of what Chilean film director Pablo Larrain calls his “unintentional trilogy,” while it’s the persistence of the Pinochet dictatorship’s effect on the country’s psyche that’s the true unifying subject. But in the process, Larrain has come in for criticism for his insufficiently unflattering depiction of a regime responsible for thousands of deaths—yet which certain elements of the population still warmly insist brought tranquility and prosperity.

That tension is on creative display in each of the three films comprising the trilogy. And though Larrain says he didn’t necessarily set out to build a body of work chronicling the Pinochet years when he made his breakout feature Tony Manero in 2008, he has also acknowledged his intent in setting this particular story against the backdrop of the dictatorship. Castro plays Raul, a fifty-two-year-old ballroom performer obsessed with the John Travolta character in Saturday Night Fever and relentlessly pursuing his goal to appear in a televised celebrity impersonation contest as the dancing Tony. He acquires the white suit and even practices, joylessly, on a dance floor built partially of lighted glass bricks. He also proves to be a serial killer, though not a scheming or meticulous one; his attacks are unpredictable and savage and carried out with no apparent fear of being caught. Raul’s violence is meant to reflect the violence meted out by the regime, although the film also includes brief scenes of Pinochet henchmen doing their work too—and one especially darkly funny moment when a would-be victim (and member of the opposition) decides it’s better to take his chances with the secret police than let himself be caught by the relentless Raul.

Tony Manero isn’t everyone’s cup of tea, and its follow-up—2010’s Post Mortem—might be even less of an entertainment.

The film is set in 1973, and the violence of the dictatorship to come is foreshadowed explicitly via the bloody corpses that accumulate in a morgue in the hours after Salvador Allende’s overthrow. Yet that’s a relatively brief moment in the film, the ostensible focus of which is the bizarre and desperate affair between Castro’s character Mario and a neighbor, Nancy, played by Antonia Zegers. The sounds of tanks and gunfire and hurrying troops are heard off-camera, and we see Mario’s involvement in transcribing Allende’s autopsy, but little else directly refers to what’s happening outside his narrow perspective. Then comes the harrowing final scene—an extended single-camera shot evocative of the one near the end of Antonioni’s The Passenger—which, though showing the actions of an individual, is clearly a call to consider the enormity of what it is to be “disappeared” by a government.

The most recent installment from Larrain is this year’s No, and it’s a departure not only in tone but also in casting: Castro plays a supporting role to Gael García Bernal (of Y Tu Mama Tambien and Babel). What makes it narratively part of the whole is its continued concern with Pinochet—in this case the general’s decision to allow citizens a straight up-or-down vote on his regime in 1988. Thematically, it’s the indirectness with which that subject is engaged. Bernal plays a creative young advertiser who half-heartedly agrees to work on the opposition’s campaign—the “No” party to Pinochet’s “Yes” apparatus—but then finds himself taking a much more interested stance. No is especially entertaining in how it incorporates and faithfully re-creates some of the actual programming used by both sides, but it’s frustrating in its slipperiness: where does it finally come down on the Pinochet years? Is it satire or something else? Does it really mean to suggest that the plebiscite was as much the result of advertising as a people’s uprising—a win for American-style salesmanship?

Stacked against documentarian Patricio Guzman’s epic Battle of Chile and follow-ups like The Pinochet Case—and seen in the context of Chile’s still-conflicted relationship with its past (it’s been less than a year since a long-running investigation into Allende’s death finally confirmed that he took his own life and was not killed by Pinochet forces, while the body of poet Pablo Neruda was exhumed just this spring on the suspicion he was murdered during the coup)--Larrain’s “unintentional trilogy” might seem like slight fare. But its engagement with the seventeen-year Pinochet regime isn’t meant to be as comprehensive as Guzman’s work, and it’s not nearly as tendentious. It’s oblique and odd and mysterious, and though it might not be as condemnatory as some might want, that could be to its advantage. Larrain isn’t yet forty; he did not experience the dictatorship as an adult. He’s interested less in the well-rehearsed attitudes of the time than the damaging after-effects and the complexities engendered—including the uncomfortable reality that some economically successful Chileans still do not regard the Pinochet era altogether unfondly (this is almost explicitly expressed in No). That’s a dynamic that deserves a correspondingly challenging treatment, shorn of formulaic niceties and political pieties and cagily resisting the impulse toward easy resolution.

Watch Tony Manero, Post Mortem, and No together, or separately, and in any order. Just be warned that it’s not always easy viewing.