An Act of Theology 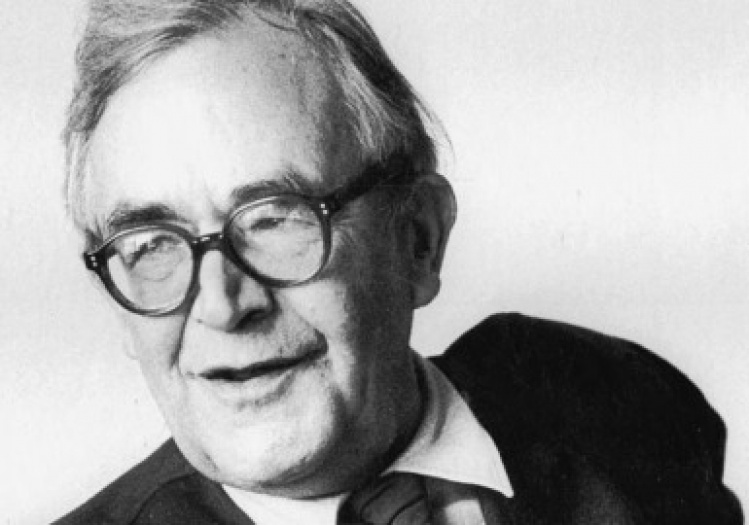 Last August the Catholic Biblical Association of America celebrated its seventy-fifth anniversary. The makeup of the CBA’s membership today is far different from that of the group founded in 1937, and now includes laypeople as well as clerics, women as well as men, and even Protestants and Jews. Moreover, the group is in the process of reorganizing itself to respond more readily to the challenges it will face in the years ahead. Despite these changes, the soul and spirit of the CBA remain intact. It is an association of professional exegetes who have dedicated their lives to studying and researching the Scriptures for the sake of those who treasure them as God’s inspired word.

On the occasion of its anniversary, the CBA spent some time reflecting on its past and future. Having just retired from the Catholic University of America, where I taught New Testament for the past twenty-four years, I offer a version of these reflections on where American Catholic biblical scholarship has been and what direction it might profitably take in the years to come.

Seventy-five years ago Catholic biblical scholarship was still laboring under a number of restrictive decrees issued by the Vatican’s Biblical Commission at the beginning of the twentieth century. That situation began to change after Pius XII’s 1943 encyclical Divino afflante spiritu, which made it possible for Catholic scholars to employ the historical-critical method. The decisive shift, however, came with the Second Vatican Council, whose Dogmatic Constitution on Divine Revelation (Dei verbum) identified the study of Sacred Scripture as the very soul of sacred theology and dealt with important questions such as the relationship between Scripture and tradition, inspiration, and the unity of the Bible. The council’s three other constitutions—on the church (Lumen gentium), on the church in the modern world (Gaudium et spes), and on the liturgy (Sacrosantum concilium)—provided examples of a genuine biblical theology, one that went beyond mere proof-texting. By the close of Vatican II Catholic biblical scholarship in this country was poised for a major renewal.

The historical-critical method was firmly in place in the 1960s. Scholars such as John McKenzie, Barnabas Ahearn, and David Stanley had already opened new vistas in research for American Catholics, and others such as Raymond Brown, Joseph Fitzmyer, and Roland Murphy would soon dominate the field. Those of us who grew up amid this movement understood the text as something we could study objectively, just as we might analyze any ancient text. The guiding presupposition was that if we could get back to what the text meant, to what its authors intended, we would know the meaning of God’s word and be able to apply it to our contemporary situation—and do so in a way that would renew the church. In the field of Gospel research, we studied the New Testament in terms of its sources (source criticism), the documents’ function in the life of the early church (form criticism), and the theology of each of the Evangelists (redaction criticism).

By the mid-1970s, however, things were changing. Literary criticism was supplanting redaction criticism, calling into question the historical-critical project; interpreters of the parables employed a new hermeneutic that suggested that the parables could be interpreted in different ways—for example, as metaphors or literary products that assume a life of their own apart from their historical context. And a greater shift occurred with the appearance of still newer methodologies: structuralism, the social sciences, rhetorical criticism, narrative criticism, feminist hermeneutic, the new historicism, postmodernism, postcolonial theory, and so on. Whereas the historical-critical method had formerly been the lingua franca that enabled biblical scholars to speak with one another, this new multiplicity of approaches, each with its own language and rules, led to a balkanization of the discipline. Exegetes suddenly found themselves awash in new and interesting methodologies that fractured the scholarly enterprise even as they enriched our understanding of the text.

It is not surprising that there have been so many turns in Catholic Biblical scholarship. After all, we live in a changing world, and once we introduce change there is no going back. The question, then, is not whether there will be more change in the years ahead, but what kind of change it will be. What would be most desirable? Is there a turn or shift that can unite the discipline while continuing to value its new and diverse methodologies? Allow me to make three suggestions.

FIRST, A RENEWED turn to the theological dimension of the text that will make exegesis an act of theology as well as one based on history and cultural criticism. The most important questions we should be asking are: What does the text teach us about God? Who are we in relationship to God? What does the text teach us about how we ought to live? What claims does God make upon the world and our lives? I am not implying that Roman Catholic exegesis has neglected these questions; one only has to read the theologically rich commentaries of Raymond Brown and Joseph Fitzmyer to realize that these questions were always central to their work. But I am suggesting that the proliferation of new methodologies necessitates a closer relationship between theology and exegesis, one that will enable the two to inform one another. Exegesis requires careful historical investigation, but its ultimate task is to uncover the theological dimension of the text. Understood in light of this task, exegesis is not merely a preparation for theology; it is rather an act of theology. This is why exegetes ought to think of themselves primarily as theologians rather than historians and cultural critics. No matter what methods exegetes employ, the final goal of their work ought to be an unveiling of what the text says about God and the human condition.

Second, I suggest a turn that will deepen our understanding of the word of God, by which I mean God’s self-revelation. The ancient text that we study is also one that the believing community calls its Scripture—and takes as the normative rule for its life. In these Scriptures, the community hears the word of God, a word first spoken to Israel through Moses and the Prophets and now spoken to us through the Christ. If we are to appreciate the theological dimension of the text, we need to deepen our understanding of it as the word of God, as God’s self-revelation to the believing community and through that community to the world. To accomplish this task, we must return to foundational questions such as revelation and inspiration, Scripture and tradition—questions that exegetes have too often left to theologians.

When I was a young student, one of the most powerful experiences I had of God’s word came from reading Karl Barth’s commentary on Romans. Though at times I hardly understood what I was reading, I did understand that what I was hearing, through Barth’s commentary, was God’s word. I understood that I stood under this word rather than over it; that it was not I who judged the word, but the word that judged me. While I am not calling for a Barthian exegesis, I do believe that we can learn something from Barth about the awe with which we should stand before the text we dare to hold in our hands. This is no ordinary text from antiquity; rather, it is God’s word in human words; it is the word that judges, accuses, and ultimately saves us.

Finally, if we are to approach the text theologically as God’s word, I suggest a turn that enables us to hear the Scriptures as a unified word that speaks of God’s revelation to us. Do not misunderstand me; I am not calling for an ahistorical, purely Christological exegesis of the Old Testament that would dismiss the gains of modern Old Testament scholarship. Nor am I suggesting that we overlook the diverse theologies present in the Old and New Testaments. The historical-critical method provides an indispensable starting point for a theological reading of the text for at least two reasons. First, it helps us to understand how those who originally composed the material conceived of its theological meaning. Second, it guards against theological interpretations that do not respect the incarnational nature of God’s word. A theological interpretation of the text that is fully cognizant of the historical situation out of which the text grew, however, must further ask how the historically and theologically diverse writings of the Old and New Testaments form a book that witnesses to God’s singular word of revelation. Most attempts to articulate the theology of the New Testament (such as those of Udo Schnelle, Joachim Gnilka, and myself) do a credible job of elucidating the theology of its individual writings; but only a few scholars have taken on the more daunting task of relating the theologies of the two testaments to each other. And while the works along these lines of such scholars as Brevard Childs, Ferdinand Hahn, and Peter Stuhlmacher are a good beginning, there remains a need for a more comprehensive theological approach that investigates the diverse theologies in the Old and New Testaments in order to see how the different voices of each testament witness to God’s singular self-revelation through Israel and Christ.

American Catholic biblical scholarship is richer now than it was seventy-five years ago. The legacy of Raymond Brown, Joseph Fitzmyer, and Roland Murphy continues to nourish us, as does the work of contemporary scholars such as John Meier, Harry Attridge, Sandra Schneiders, Daniel Harrington, John Donahue, Pheme Perkins, Lyn Osiak, Donald Senior, Luke Timothy Johnson, and a new group of younger scholars whose names are just now becoming known. But if this scholarship is to fulfill its promise, it needs to focus on what remains most important to the believing community: the theological dimension of the text. Whatever turn comes next, I hope it leads to a deeper appreciation of the theological meaning of God’s word. Such a deepening can only strengthen this discipline that we, as exegetes, revere for the way it nourishes and transforms our lives and the lives of those we teach.

Frank J. Matera was for many years the Andrews-Kelly-Ryan Professor of Biblical Studies at the Catholic University of America. He is the author of New Testament Theology: Exploring Diversity and Unity (Westminster John Knox Press).