About that celestial menagerie ... 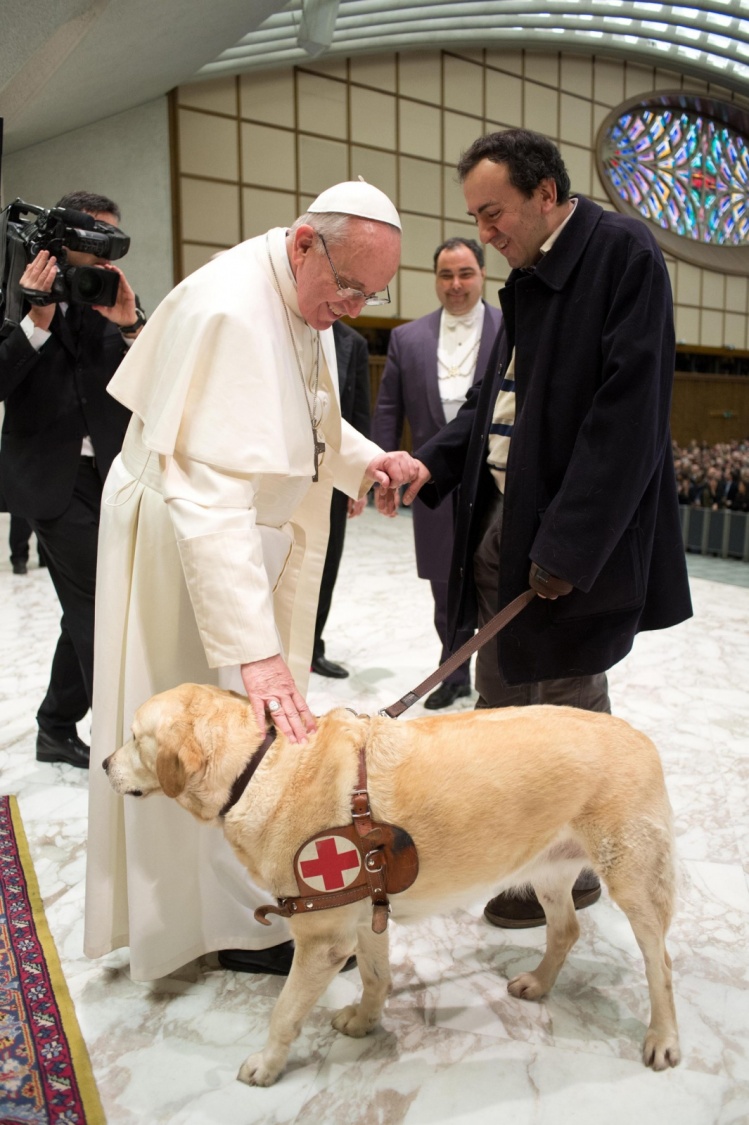 Leave it to David Gibson to ferret out the facts on Pope Francis’s alleged comments about pets going to heaven. He maps out the origins, paths, and mutations along the way of the story many might have wanted to believe in spite of their doubts, and not just the doubt sparked by its appearance on the front page of the New York Times last week (and repeated in brief by Serge Schmemann in the paper’s Sunday Review section). In short: an increasingly common combination of misinterpretation, credulous recounting, embroidery, and misleading headlines—wed with generally held beliefs about Francis’s uncommon appeal—lent the story plausibility, not to mention legs. Why wouldn’t this pope, in particular, make it okay for our pets to meet us in paradise?

As Gibson points out, Francis did not say all dogs go to heaven, and that further he has previously expressed concern over the attention and money society lavishes on pets at the expense of people in need of more of both. Even those who don’t hold with the concept of dominion might wonder more these days where humane treatment and sensible protection slips over into something more than accepted notions of stewardship would warrant. (And what does it say that cat content accounts for fifteen percent of all internet traffic?) Plus there’s the question of where to draw that other line, of just which animals might or might not have consciousness. “Where do mosquitoes go, for God’s sake?” was the widely reported reaction of religion professor Laura Hobgood-Oster.

New Jersey, I’d answer, the very thing that might make the most densely populated state in the nation hellish for us making it paradise for mosquitoes, of which I recall multitudes. I also recall the neighbor’s German Shepherd, which bit my brother on the day of his first Communion and sent him to the hospital for a dozen stitches to his chest; mightn’t it deserve just a little bit of otherworldly torment? But the majority of the pets I grew up with, even if I could remember them all, I’d be fine not having to encounter again in any realm (the belligerent pair of gerbils that fought each other to the death one night while I slept, for example). All except maybe the beloved family mutt, with the unlikely name of Mulligan, who if he didn’t have a soul definitely had soul. Living in the rural part of the state, we lost a number of pets to “misadventure”—hunters, cars, wild animals—but Mulligan made it to old age, leaving, as well, a number of local descendants. His eventual decline was accompanied by distemper and overwhelming fear of thunder; it was hard then not to treat him like a loved one, and there was no reason not to. I’ll admit it now: Among a handful of occasionally recurring dreams I have is one where he’s hanging around and talking, sometimes sagely from a barstool. In terms of getting to see him again, it seems just about right, and so just about enough.