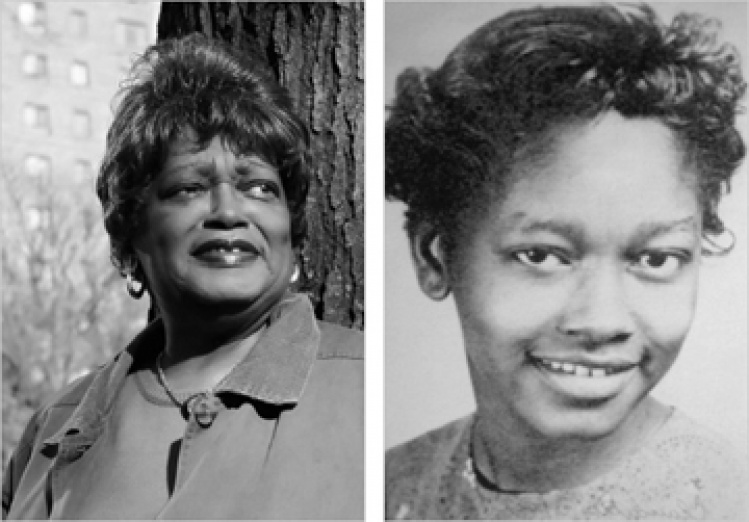 On March 2, 1955, 15 year-old Claudette Colvin, was riding a Montgomery Alabama bus and was told by the bus driver to give up her seat for a white woman.

Colvin had just come from class and was studying Negro History month.  She and her classmates had been studying figures Harriet Tubman and Sojourner Truth.  And they were also talking about all the contemporary injustices of the Jim Crow Laws.

When the driver ordered her to give up her seat, she said, she could feel Tubman on one side, Truth on the other, pressing her down so that she could not stand up.   She told the driver that she had paid her fare like everyone else and that it was her constitutional right to be treated equally.

She was handcuffed by two police officers, arrested, and put in jail.  And unlike any other woman who had refused to give up her seat, Colvin was the first to challenge the law, as one of four plaintiffs in Browder v. Gayle, the case that successfully overturned bus segregation laws in Montgomery Alabama.

That was 9 months before Rosa Parks’ famous protest.

Colvin says, Negro leaders felt safer with an adult like Parks, than a teenager like Colvin.  They may have had their reasons, but when she told the story at Boston College last Thursday, February 19, she added, “The young people led the civil rights movement, not the adults.”

After she said those words, we began thinking of those who sat at the lunch counters, those who first entered the white schools, those who travelled to Selma, and those who marched.  Her words rung true and prophetic, again, sixty years later.

Toward an Ethics of Participation and Hope in Latin America: Catholic Theological Ethics in the World Church Convenes in Bogotá