‘Still She Is a Wonderful Girl’ 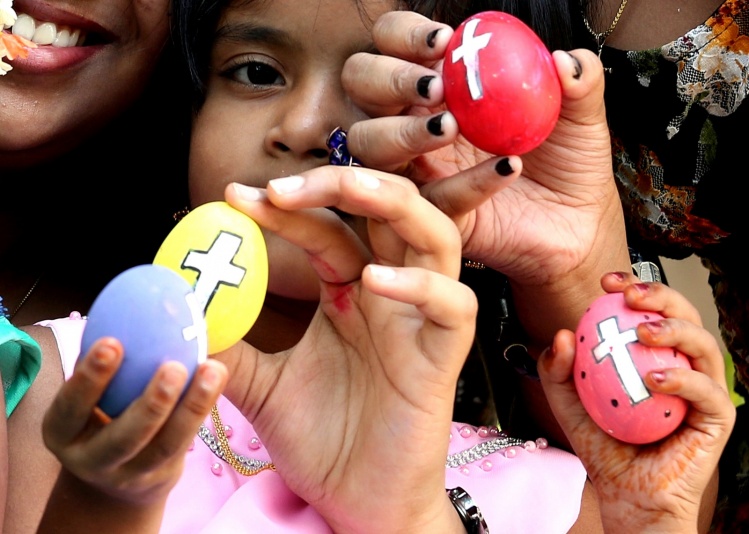 Until the day she died, my mother-in-law and I had an amazing relationship. In the thirty-eight years I have been married to her son, she and I did not have even one serious falling-out. She was ninety-nine (and seven-eighths) when she passed away, and she lived with us, more or less full-time, for the last eighteen years of her life. We stayed out of each other’s way when our styles collided. (Which was often. She was meticulous, detail-oriented and time-conscious to a fault; I am relaxed, “big-picture,” and habitually late.) But the bedrock of our relationship, after the love and affection, was respect.

So I was a little thrown when I overheard her talking about me some years ago to distant relatives who had come to visit. She described my family back in the states. She spoke approvingly about our three children and about my work. Then came the kicker: “Though she is a Christian, still she is a wonderful girl.”

It took me a long time to move past this. “Though she is a Christian”? Had I been here all these years on sufferance? I came to India in 1981. Was she still waiting for me to convert? Her elder sister, who was far more conservative than she, had been skeptical about me from the start. In her opinion, the only way to make the marriage last was for me to become a Hindu. My own beliefs were completely irrelevant; women believed whatever their husbands instructed them to believe. My mother-in-law thought that was ridiculous, but there was nevertheless some distinction in her mind—an impediment that, though not my fault, I constantly had to work to disprove.

I no longer see any religion (including my own) as the sole repository of truth, wisdom, or profound insight
sharetweet

My father-in-law, for whom religion was both more important (he totally disapproved of mixed marriages), and less (he himself was secular and practiced no rituals that I was aware of), had his own views about me. In a document I saw only recently, long after his death, he described me as a sweet, well-mannered girl, albeit a “fanatic Christian.” “What made him think I was a fanatic?” I asked my husband, amazed. “You went to church every Sunday,” Ravi answered.

I began thinking about my own family’s response to the Hindu they thought I was marrying (Ravi is actually an agnostic), and I realized that they weren’t much different in their insularity and narrowness. It was a shock to me, as I had always believed them to be so liberal. My mother had the rare quality of simply being interested in what other people believed. But my father and all his side of the family were traditional to the core, the products of a small-town Catholic upbringing, and limited by a lack of exposure to anything outside their world. Some of my parents’ friends even refused to attend our wedding, though, for others, the chance to see Daniel Berrigan (our officiant) trumped their scruples. They grew to love and admire Ravi, but even then they could only see him through the prism of their own beliefs. My Dad often said that Ravi was one of the best Catholics he had ever known (though he is a Hindu...). Now I find this both endearing and exasperating.

One of the outcomes of living in India for nearly forty years has been a transformation of my religious views. As I have learned about my own biases through the Hindu-Christian frame of reference that has dominated in my family, I’ve watched that same drama play out in other families and communities that are Hindu-Muslim, Jewish-Christian, Sikh-Buddhist, atheist-religious—you name it. I see how a stubborn adherence to strict dogma can destroy lives: emotionally, psychologically, even physically. Here in India, religious tensions are at fever pitch, and people are dying as a result. This is true in America too, and around the world.

For my part, I have come to see religion as more of a medium than a container. I no longer see any religion (including my own) as the sole repository of truth, wisdom, or profound insight. I now prefer to consider religion as I consider language. One language is no better or worse than another, and all languages exist to serve a common human need. Unburdened by the weight of divine appointment, language is a living thing, shaped and sharpened by use, travel, borrowing, necessity. Language is playful, supple, and responsive—constantly reworking itself in the light of events, discoveries, and changes of mood and perspective. Religion should be like that too.

Ravi’s aunt thought I should adopt his faith to ensure that our marriage would last. I chose instead to learn his language. Knowing Hindi has not only enhanced our marriage; it has enriched my entire existence, making it possible for me to participate in the everyday life of my community and ensuring that I will be accepted anywhere I go in this mysterious, marvelous, and divided land.