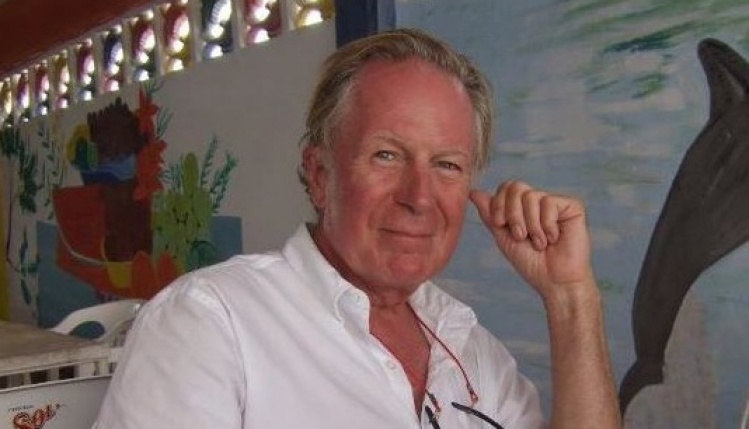 These two documentaries are a bit off the beaten path, including the path to the movie theater, so you’ll have to stream them or get the DVD. But they present a pair of topics dear to your reviewer: writing, and restaurants.

I’ve long viewed obituary writing as the most novelistic side of daily journalism. It takes in the whole scope of a life: the character of the protagonist and the zeitgeist he moved in; themes, settings, and plots; even delicately judged notes of commentary. There is no real reason, indeed no good reason, for obituaries to be solemn or boring. Life itself isn’t, after all—and, as one practitioner in Vanessa Gould’s film Obit asserts, “Obituaries have next to nothing to do with death, and everything with life.”

Obit penetrates the well-guarded citadel of the New York Times to follow a team of obituary writers through their daily routine. I enjoyed their distinct personalities: Bruce Weber, with his confident all-purpose intelligence; the slightly spectrumy, endearing hesitancy of Douglas Martin and Paul Vitello; Margalit Fox with her freakish articulateness; and best of all, the madcap wackiness of Jeff Roth, who presides over the “morgue,” where the newspaper keeps a century or more of clippings on thousands of people, squirreled away higgledy-piggledy in endless rows of file cabinets.

Unsurprisingly, a certain baseline grimness informs the job: “I show up in the morning and say, Who’s dead?” comments Weber. But in the end it is a job, and plenty of what we see is humdrum, with writers phoning survivors and scribbling interview notes (“Now was that 1950 or 1951 that he left the military?”). Perhaps above all, we are reminded of the relentless pressures of daily journalism, which loom larger when the task is to research, sum up, and deftly communicate someone’s entire life—today, by 6 p.m. That responsibility involves a burden of anxiety. “Seven hours to have complete command over the life and work of someone I never heard of,” muses Fox. “Each new assignment is equal parts exhilaration and terror.”

Obit left me with a few questions. First, how does the Times judge how much space to give a particular life, or whether to cover it at all? “A virtuous life doesn’t mean it’s newsworthy,” comments one staffer; and while we understand that, the film doesn’t do much to clarify. What are the criteria, beyond a gut instinct? Trying to balance, say, cultural versus political significance, while factoring in reader interest, leads to absurd questions of judgment. Who is more important, Leonid Brezhnev, or the guy who invented the Slinky?
Second, what does being an obit writer mean to these individuals in terms of their aspirations as Times journalists? Take, for instance, William Grimes. In his nearly thirty years at the paper, he has been magazine writer, culture reporter, theater columnist, book reviewer, and food writer—including a stint as the paper’s chief restaurant critic. How does he see his emergence as obituary writer? Demotion? Evolution? Part of the natural life cycle? And why are he and his colleagues, with one exception, all white males?

Gould uses archival footage to provide glimpses of subjects during their lives, as the writers read their obituaries. Some are famous—Michael Jackson, Philip Seymour Hoffman—but more often we get the lives of the interesting un-famous: like Manson Whitlock, the last great typewriter repair maven; or Irving Cohen, maître d’ at the Concord Hotel summer resort, who earned the pleasing sobriquet, “King Cupid of the Catskills.” Emblematic figures, whose passing marks the passing of their era.

Inevitably, Obit serves up some mordant humor. (“What is a fortunate death?” one writer muses. “One you hear about at 9 a.m.”) But we sense fundamental respect for the lives whose stories are being told, and an implicit awe at the prospect of those stories being captured at the very moment of moving from lived life into history. A commitment to telling vivid life stories justifies and frees these writers to offer finely tuned, decorous exercises of wit. “He crossed the Atlantic because it was there, and the Pacific because it was also there,” writes Margalit Fox, in the highly novelistic opening of her obituary of British adventurer John Fairfax. “He made both crossings in a rowboat because it, too, was there.” Such stylish tributes, done on deadline, constitute journalism’s last rites, and reflect their writers’ admirable grace under pressure.

In the ranks of fundamental human activities, along with dying (or, rather, prior to it) comes eating, which is the subject of Jeremiah Tower: The Last Magnificent. Tower was one of the founding figures of the legendary Chez Panisse restaurant in Berkeley, where he played Hamilton to Alice Waters’s Jefferson, helping forge the restaurant’s reputation for extraordinary freshness and verve. After a falling-out with Waters, he spent a decade running his own San Francisco restaurant, Stars, then dropped out of sight—leaving the restaurant world altogether and beating a retreat to Mexico, only to surface twenty years later, unexpectedly, in 2014, for a brief stint as chef at the retooled Tavern on the Green in Manhattan’s Central Park.

Director Lydia Tenaglia’s study of this bon vivant and kitchen genius has its cloying moments. Voice-overs offer solemn musings by Tower (“What are my great expectations, and what have I done?”) as we watch him ramble about Cozumel—“a kind of deity-in-exile,” wrote one critic witheringly, “wandering amid ruins with the grave visage of Max von Sydow digging up demonic amulets in The Exorcist.” Reenactments of scenes from Tower’s early life as a neglected child of privilege show Little Lord Fauntleroy feasting alone in hotel dining rooms or on cruise ships (“cold pheasant,” Tower recalls, “galantines of rabbit, and almost anything in aspic.”) The film’s commentary pounds a drumbeat of melodrama, as when we learn that “all innovators are lonely. All creators are lonely. All artists are lonely.” Please. Just fry the onions and serve the dinner.

Half-hidden by these excesses is a captivating and informative story, sketched via interviews with Mario Batali, Anthony Bourdain, and other chefs and food writers discussing Tower. A self-taught cook, he is portrayed as a culinary savant, with a photographic memory for menus and a passion for culinary history. (At Chez Panisse he once decided to do a full week of menus developed entirely from August Escoffier, the French chef and exemplar of modern haute cuisine; by the end of the week, his chef de cuisine recalls, “I was completely wiped out.”)

Central is Tower’s role in fomenting the American food-and-dining revolution of the past three decades. A landmark moment was his 1976 California Regional Dinner, a meal composed of local ingredients from farms named on the menu, which overnight transformed Chez Panisse’s quaint imitation of a Provencal bistro and provided what Wine Spectator called “the match that lighted the fire of the New American Cuisine.” Today, a chef who spends his mornings dealing with two dozen local farms is commonplace—but that fact, and our cult of fresh-and-local, traces in part to Tower.

And then there’s the cult of the chef. In the age of Food Network and the chef as global brand, we take for granted that famed chefs are, well, famous. But it wasn’t always that way. “In the old days, nobody knew who the chef was,” Anthony Bourdain points out. “He was the servant.” When Tower opened Stars, he was determined to cater to celebrities and to become one himself—a glamorous and ubiquitous presence in the front of the house, and eventually the subject of a magazine Dewar’s Profile (remember those?). “He was one of the first celebrity chefs,” Martha Stewart comments. “Like a conductor coming out before the audience.”

The film will encourage those who believe, as an old Harvard friend of Tower’s asserts, that “you can change a culture through food.” Politically Chez Panisse was a paradox—a fine-dining place nursed in the cradle of New Left protest, many of whose adherents viewed eating mass-produced, industrial food as an act of solidarity with working-class America. Waters demurred, and those who revere her brand of hippiecureanism view the fresh-food movement, as David Kamp writes in The United States of Arugula, as “the counterculture’s greatest and most lasting triumph.”

Tower himself could hardly be more apolitical, and his dedicated culinary hedonism provides a quirky aesthetic counterpoint to the fraught politics of the 1960s, when he came of age. At Harvard, we learn, he had already garnered—as an undergraduate!—a reputation as a cook. There, he perfected a marijuana consommé, and his idea of making a political statement was to throw a dinner party for the visiting ballerina Margot Fonteyn, with a menu consisting of ingredients and fine wines his roommates had pilfered from shops in Cambridge.