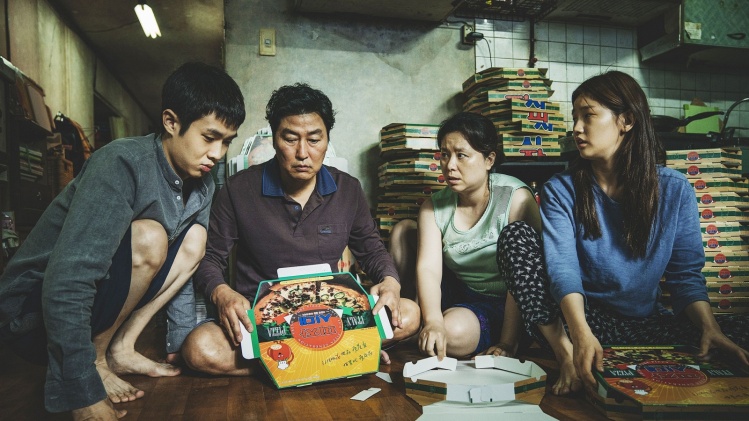 A parasite is a homemaker. It makes a home inside its host. One might expect a certain decorum between parasite and host, then, a nod to nature going right when they meet—yet these relationships can be most unkind. The world’s tiniest guillotine, a fly whose larvae embed within the bodies of fire ants, gains control of its host’s mind, then decapitates it from the inside. Parasitic barnacles nicknamed “Loxo” invade the reproductive systems of sheep crabs and impregnate them with their larvae, a process that weakens the crab’s immune system and prevents it from producing offspring of its own. Karl Marx gave the parasite new rhetorical life as a metaphor for capital; for many of his readers the comparison has never lost its relevance. The cultural theorist and critic Mark Fisher elaborated on it in his cult-favorite 2009 essay, Capitalist Realism: “The most Gothic description of capital is also the most accurate. Capital is an abstract parasite, an insatiable vampire and zombie-maker; but the living flesh it converts into dead labor is ours, and the zombies it makes are us.” In this zombie world of absolute capitalism, as Fisher describes it, all life has been reduced to destiny, and all homes to graves from which horrifying future generations will burst muttering about “engagement incentives” and “dynamic pricing.”

South Korean director Bong Joon-ho’s new family drama Parasite is a tightly acted, staged, and structured film, which also seems to be saying something profound about class warfare. In this way it’s not unlike his runaway-train action flick Snowpiercer (2013), but it’s immensely more thrilling: whereas in Snowpiercer each compartment was like a paragraph in a Vox “explainer” about why capitalism is bad, Parasite’s sections are drawn with greater discipline and ingenuity, their air more suffocating because there is no outside to them. Bong constructs for his didactic purposes two Seoul families. The Parks command immense wealth; the Kims are poor and especially down on their luck, forced to find succor in neighbors’ Wi-Fi and to make ends meet as freelance pizza-box folders. But the families are otherwise ghostly images of one another, a neat nuclear counterpart in each of them: father, mother, son, daughter. And we quickly learn of another family, one even more ghostly: the team of employees, prized for their tactful invisibility, who pollinate the Parks’ light-filled home like bees chained to their flowers.

At the start of the film the Kims are paid a visit by their son Ki-woo’s school friend Min, who proposes that Ki-woo take his place tutoring the Parks’ daughter, Da-hye, while he’s abroad. The son quickly realizes after spending time in the Parks’ house (designed by a famous and important artist!) that its inhabitants are highly susceptible to recommendations; they are too used to being served to have tastes of their own. Theirs is the pale technocratic posturing adopted by the gatekeepers of global capital. Not a universal language, but an international one. They like peppering their speech with English words and surrounding themselves with minimalist design. Their world is a sensual pinpoint from which nearly all smells, sights, tastes, and physical discomforts have been eliminated. We see them in their lavish home, or their car, or the Edenic, upscale supermarket, always immaculately sheltered. The Kims rightly identify this quality as a weakness, one they are keen on exploiting with their near-encyclopedic understanding of narcissism honed by the high level of competition required to earn a living wage, or at least one that keeps them joined together in their basement-level carapace. One by one the Kims, by brisk emotional subterfuge, replace the members of the Park family staff (with the exception of the daughter, for whom they invent a new position: child art therapist).

The language of parasitism has lent itself most freely to the deadest desires of dictators and national fascist projects.
sharetweet

During that fateful visit Min also brings a stone with him. He refers to it as a “scholar’s rock,” a gift for his friend which is supposed to bless its owner with “material wealth.” Ki-woo treats the rock as a sort of pet, exclaiming that it is “very metaphorical.” It is very hard to resist writing about the stone. By the end of the film Ki-woo is literally hit over the head with it. That’s only the most blunt example of the way the film communicates its stakes through metaphors drawn from the natural world. Ki-woo feels Da-hye’s pulse during a tutoring session and tells her with all the authority he can muster that taking “a test is like slashing through the jungle.” This is how they flirt. The prim, vapid Park family mother, Yeon-kyo, showers her three tiny, optimized dogs with far more affection and care than she does her hired homemakers. This is how she maintains her understanding of property—an understanding expressed in mannered moments that feed and cage the libidinal. In a funny and deeply troubling scene, the Parks discuss their driver’s subhuman “smell,” an infraction that “crosses a line,” as a bit of foreplay before rubbing each other through their chaste pajamas sets as if lubricated by silk. “Do it clockwise,” Yeon-kyo pants as her husband paws her breast. “Buy me drugs!”

Midway through the film we’re introduced to the husband of the household’s suddenly supplanted maid. She’s been hiding him from enemies he owes money to in her employers’ underground bunker, secretly funneling food to him for years. From this point on the parasite metaphor accrues ever more nauseating significance, encompassing people who need to hide in order to live, who dwell in basements for fear of extermination and inhale the sickening exhaust fumes of the militarized industrial state. The language of parasitism has lent itself most freely to the deadest desires of dictators and national fascist projects—the American mythology of the “super-predator,” the term “cockroach” to describe ethnic minorities in Hitler's Germany or 1990s Rwanda. It was reported amid the recent riots in Hong Kong that cops shouted “You are not a person! You are a cockroach” at protestors as they doused them with tear gas. Such world-historic horror cries out from Bong’s careful screenplay like a semantic torture dungeon beneath the comedy of manners that prances upon its surface. Until the visceral torture begins.

Unlike most of Bong’s latest films—Okja (2017), Snowpiercer, and The Host (2006)—with their elaborate fight and flight scenes, their animated sewer monsters and colossal pigs, Parasite’s staging is largely cerebral. Everything, from the impeccably neat and propulsive plotting, to the expressive domestic set pieces (the Kims’ sunken basement home), to the ponderous textual symbolism suggests that this film has theater in its blood. It would work well as a three-ring circus, or staged as a house with two levels and another on the flipside. No intermission. The Parks’ elaborate gated home, part class allegory, part objet d’art, is itself a makeshift set—the first floor and backyard were built from scratch upon an empty lot while the second floor was digitally rendered using a green screen. As with any good domestic horror tale, the home molds itself to fit the plot like heavy linen draped over a dining room table. It blueprints each character’s destiny as they move through the space; it can be a hiding place, an escape route, or a lookout post, depending upon the story’s demands. Whatever it is, it’s a place where nothing grows.

Which is where this clever, immaculate film ultimately leads us. After a series of brutal plot twists turns murderous for each of the film’s countervailing clans, the Kims’ one bitter hope for reuniting what’s left of their broken family is to replace the Parks and buy the beautiful artist house. Who or what is the parasite if the characters are ultimately disposable, interchangeable? It could be property, capital, commercialized art and artifice, all of them webbed together: “the system.” Toward the film’s end, before the final bloodshed, the Kims narrowly escape from the Parks’ house and rush to their own in the midst of a torrential downpour, only to find it flooded, water nearly to the ceiling. Wading through a soup of their meager possessions, they save what little they can (they save the rock!) and pass out in a local gym that’s been designated as a makeshift shelter. We have metaphors for what happened here going back at least to Genesis. There was an ark that saved the few by drowning the many and in doing so it re-enshrined order. Parasite tells us what we already know, and it’s breathtaking.

Hannah Gold is a freelance writer who has worked at The Cut, Mask Magazine, Jezebel, and the old Gawker.