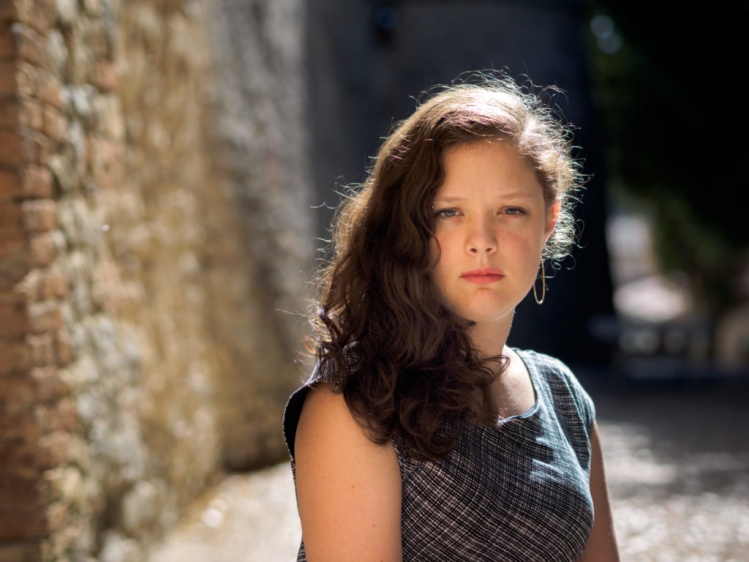 Born three months early with cerebral palsy, the poet Molly McCully Brown was four years old when she had a nerve-clipping surgery that allowed her to walk (with plastic leg braces) and hop (when she managed to jump in physical therapy, her father bought a Dairy Queen ice-cream cake to celebrate). The surgery offered Brown a “nimbler” body that opened up new movements and adventures. When her family vacationed in Europe, she could ascend cathedral stairs and kneel to pray at altars. At home in Virginia, she roamed hay fields, and climbed an ancient oak tree: “I don’t remember the climbing, but I remember the sky.”

One afternoon, when Brown was eleven, she couldn’t lift her leg to the tree’s first branch. She sweated and wept. Even with a stepstool, she could no longer hoist herself up. Later, doctors determined that as Brown grew in early adolescence, her muscles (without the help of neural pathways that had been severed during the earlier surgery) couldn’t keep building necessary strength. Instead, they spasmed, straining joints and throwing Brown’s balance.

What sticks from this tree-climbing story is an image of defeat: “My father carried me, heavy and wailing way too hard for nearly eleven, back to the house.” It’s a moment of grief and bodily betrayal. In a way, it’s an origin story for Brown’s new collection of essays, which describes the frustrations of moving, working, loving, and worshipping in a body that continually fails you. At the same time, it’s an encapsulation of anger and grit, resistance and resilience. Brown is wailing; she won’t take this quietly.

Brown’s body is a landscape she’s always trying to chart, as she identifies new flexibilities and pains
sharetweet

Places I’ve Taken My Body is recursive, its seventeen brief essays reiterating images and events. Again and again, readers receive the details of Brown’s cerebral palsy: that first surgery when she was just four years old (the anesthetic gas was butterscotch-scented); a series of later surgeries; casts and spasms. There are the faculty cocktail parties it’s difficult to stand and mingle for; and struggles with spatial reasoning and math, the cognitive effects of the disability. Brown’s body is a landscape she’s always trying to chart, as she identifies new flexibilities and pains: “So much of my life has been devoted to attending to its margins and features: its tenuous center of gravity; the tense curl of my hamstrings and heel cords; the banks of calluses…” Her pre-adolescent body, hopping and climbing, is one she tries and fails to remember: “I can’t bring up a map of the girl who did those things…. I don’t recall inhabiting her body until the point at which it started breaking…. She saw things I never will.”

Several of the essays mention the anatomical theater in Bologna’s first medical school, a site of early anatomy classes and human dissections. Brown describes its sinewy statues, the constellations on its ceiling, with reverence. “The anatomical theater is not a cathedral. But like a church, it is a place where men once pushed against the contours of the known…. It’s the place a man first learned the things that would save and shape me.” Then there’s the Virginia State Colony for Epileptics and Feebleminded, the subject (and title) of Brown’s debut poetry collection. The Colony, a sadistic hospital with eugenicist doctors just miles from where Brown grew up in Virginia, sterilized thousands of patients in the first half of the twentieth century. By means of the anatomical theater and the hospital, Brown situates herself in history: What if I had been born in this body in another era? What does it mean that I am alive right now? Having lived in six cities and towns in ten years, she counts her surgically enabled mobility as a point of well-earned pride and success, but also as a concern: “Sometimes I think I’ve made myself into a constant traveler as a mechanism of defense…. motion camouflages the extent to which I’m alien even to myself.”

Brown is young, about thirty, so it’s easy enough for her to narrate (and renarrate) all the events of her extraordinary but relatively short life. She was born a twin, but her sister passed away soon after birth. That loss haunts Brown—“I wanted your death to be a fiction because then my loneliness would be a fiction.” She went to college early, taught writing to fourth-graders, got an MFA in creative writing, wrote Virginia State Colony, converted to Catholicism, and won a writing fellowship to work in Europe for a year. Several of the essays are about this fellowship period, which is something like the “present tense” of the book’s composition. Repeatedly Brown laments the cobblestoned streets, difficult for a wheelchair, and the inaccessible churches, museums, and restaurants. She expresses her sense of limitation; she worries that the fellowship money was wasted on her, since she’s unable to freely explore.

Brown’s frequent repetitions somehow (mostly) work. Details and scenes that appear first in one essay and then again in five others constantly revise their own meaning. At one moment, the trip to Europe occasions a meditation on inaccessibility: “I keep stalling out at thresholds: aching, impeded, and lonely, reduced to studying the cuts on my own legs.” At others it provokes thoughts about grief, or history, or the triumph of finishing an essay in spite of it all. Places I’ve Taken My Body isn’t a reporting project, a straightforward memoir, or a set of discrete essays on different topics. Rather, it’s an extended stay inside a particular mind and body, each with its own needs and limits. It is the work of a writer searching not for new subjects, but for new revelation in old material.

It is the work of a writer searching not for new subjects, but for new revelation in old material.
sharetweet

Brown’s essays are written on the boundary between poetry and prose. But they’re as argumentative as they are impressionistic. Brown cites texts that have influenced her thinking: Mary Shelley’s Frankenstein; the poetry of Christian Wiman and John Donne; the myth of Castor and Pollux; medical terms and statistics; eugenic propaganda. The collection reads like a commonplace book. In the midst of its references, positions are formed; assertions about disability and creativity and autonomy coalesce. “Here’s how your disability can co-exist with your gender, your sexuality, your politics, your ambition,” Brown writes: “Here’s how to talk about it to bosses and lovers, here’s how not to let it get so big it drowns out everything else about you.” Nobody told her how to do any of these things: “I had to make it up as I went along.”

Brown isn’t sexless, she writes: “I am a woman who wants in ways that are both abstract and concrete.” She’s had relationships and flirtations, and wants children. At the same time, she fears her “body is no country for desire.” She is punchy, brutally honest, and angry: “Sometimes I worry I believe in God only because the prospect of my rage, unhemmed by the channel faith provides, is too frightening for me to confront.” She is tired of writing about disability. And yet, she does so anyway—“to help realize the world I want, I have to write.” She prays for the “quieting [of her] impatient, indignant, protesting heart long enough for the hard shell of the ordinary to break open and reveal the stronger, subtler singing underneath.”

Like most collections, this one is uneven. “The Cost of Certainty” is one of the book’s weaker essays, a mishmash of takes about evangelicals, Jerry Falwell, and cafeteria Catholicism. When Brown’s writing veers toward predictable political positions, it’s at its least sharp, even if one shares her views.

“Bent Body, Lamb,” by contrast, is entirely captivating as a piece of spiritual writing. Like that opening oak-tree image, it encompasses so much, beginning with a humid, hot July night in adolescence, Brown lying next to her mother in excruciating pain, snarling at her that she doesn’t believe in God. There’s the grief of the lost sister; the anger at the circumstances of her birth. In college, Brown starts attending Mass; later, she begins RCIA classes. She can’t genuflect, or kneel, or easily file up the aisle to take the Eucharist. And yet, on the cross, she witnesses another body bent and broken. “God finds a way to answer my questions,” she writes; “I can’t believe I’ve become the kind of person who can write such a sentence, but there it is.” God’s revelation to Brown is the essay’s last line: “I am fearfully and wonderfully made.”