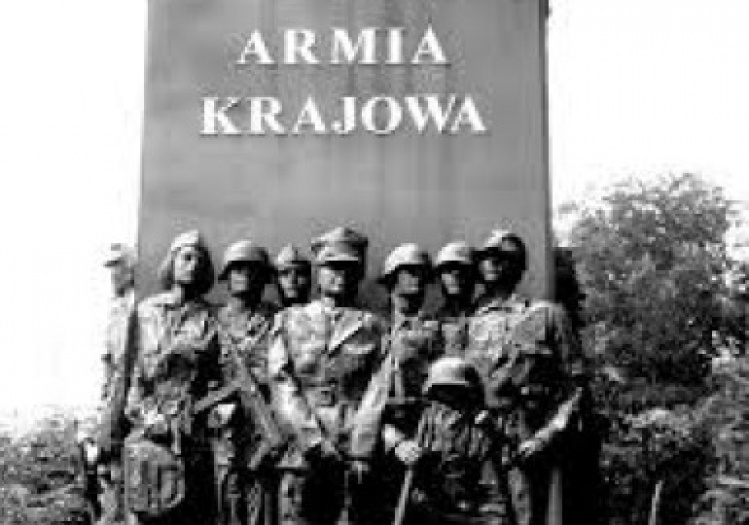 The title of this book promises an insider’s perspective on Armia Krajowa (AK), Poland’s Home Army, the largest resistance organization in Nazi-occupied Europe, and the book delivers it. But Jan Karski also served as a liaison officer between the AK, the Polish government-in-exile, and Western allies. In that capacity, he took great risks to bring before the Allied leaders first-hand evidence regarding the Holocaust. Not only did the book, written during the war, offer insight into the workings of the AK, it also provided what turned out to be accurate information regarding the methods used by the Nazis in their effort to exterminate the Jews.

The book’s opening scenes could hardly have been more somber. The twenty-five-year-old Karski had barely fallen asleep when he was woken by banging on the door. Still groggy after an elegant party, he found himself staring at a policeman who handed him a mobilization order. Within hours he was on a train, one of many soldiers reporting for duty.

Although the threat of war was in the air, few in Poland knew that on that very day, August 24, 1939, Hitler’s envoy Joachim von Ribbentrop and Stalin’s representative Vyacheslav Molotov had signed an agreement that divided Eastern Europe between the Nazis and the Soviets. Hitler secured the secret deal with Stalin so that Germany would not have to open a second front against the Soviet Union, something he did with disastrous results later in the war. The agreement made Germany’s aggression against Poland possible and World War II inevitable. A German attack on Poland meant war with France and Britain, both of whom had guaranteed Polish territorial integrity.

Even as late as August 1939, surprisingly few in Poland appeared to be bothered by the escalating crisis. Karski’s relatives thought that the conflict would be over within a month, with their side victorious. And Karski saw a young recruit who assured his tearful mother: “Soon you can come and visit me in Berlin.” Others thought Hitler was only bluffing and had no appetite for war, or believed that the combined forces of Poland and its British and French allies would easily rebuff the Germans.

The reality could not have been more different—or worse. Overwhelmed by the Wehrmacht and Luftwaffe offensive on September 1, 1939, the Polish Army retreated eastward to regroup, but there it ran into the Red Army that invaded Poland in concert with Hitler. Before he had any opportunity to engage either of the two enemies in combat, Karski became a prisoner of war, first of the Soviets, and then of the Germans. He escaped from the latter and joined the underground resistance.

Karski had the talents for clandestine work. He was disciplined, had an excellent memory, and could improvise; his mastery of languages was also crucial. In January 1940 his superiors ordered Karski to go to Paris with messages for the Polish government-in-exile. He executed that mission well, but his second effort as a courier ended terribly. He was arrested by the Gestapo and severely beaten. Fearful that he would break under further torture, he attempted suicide. Eventually his comrades put together a plan for Karski’s escape from the prison-hospital that was successful.

Soon Karski was back working in the resistance. The most moving chapters in this memoir are those dealing with the indispensable role played in the underground by women and by those involved in secret educational institutions. To run any higher-level school was a capital crime. Therefore a certificate of a passed examination was often written on the reverse side of a calling card bearing the examiner’s cover name: “Thank you for your charming visit on September 29, 1942. I was most satisfied. You told me such interesting things.”

In the late summer of 1942, Karski took on an especially important mission. It was clear by then that the traditional escape route from Poland to the West via Hungary was no longer viable; he would have to go directly through Germany, France, Spain, and Gibraltar. Before he left, Karski was ordered to meet with two envoys from the embattled Jewish community, one from the Zionist movement and the other from the Bund. It was at this meeting that Karski learned the dimensions of the Holocaust, and realized that nothing in history was comparable “with what was inflicted on the Jewish population of Poland.” Hopeful that Karski might see Roosevelt and Churchill, the Jewish leaders urged him to inform the Allies of the “more than 1,850,000 Jews” who had already been murdered. In the end, 3 million Polish Jews would perish in the Holocaust, along with 3 million Poles. The Nazis’ “aims and methods are without precedent in history,” Karski was told; the Jewish representatives demanded reciprocal brutal measures to be employed against the German people. The two Jewish leaders also asked for greater sacrifices from the Jewish communities in the West: “Tell the Jewish leaders that...the earth must be shaken to its foundations, the world must be aroused.”

The Zionist and Bund representatives then smuggled Karski into the Warsaw Ghetto. What he saw there changed him forever: “Everywhere there was hunger, misery, the atrocious stench of decomposing bodies, the pitiful moans of dying children, the desperate cries and gasps of a people struggling for life against impossible odds.” Karski arranged a second visit, “the better to testify to the truth before the leading men and women of the free countries of the world.” Finally, he agreed to be smuggled inside an annex to the extermination camp at Belzec, where he witnessed further unspeakable assaults on defenseless Jews.

Karski did reach Great Britain and also the United States. He met Anthony Eden and many others in England and proceeded to Washington, where he arrived in July 1943. He met with President Roosevelt, who, like the British, was sympathetic and friendly but noncommittal. Justice Felix Frankfurter explicitly rejected Karski’s report on the Holocaust as untrue.

The one person who fully understood the news regarding the Nazi camps was Szmul Zygelbojm, one of the leaders of the Bund who escaped to England. In May 1943, Karski learned that Zygelbojm had turned on the gas in his apartment and died in protest against the indifference and selfishness of the world. For the rest of his life Karski felt close to this noble man who saw that victory over Nazism would come too late to prevent “annihilation of all that was most meaningful to him.”

This book was originally published in 1944, and one of its goals was to strengthen Allied resolve and sense of purpose. Consequently, Karski watered down or suppressed altogether the tragic fact that the political elites in Britain and the United States did not seem particularly disturbed by his evidence regarding the Holocaust. After the war, he propounded that message in countless public presentations on the topic. What the Allies could have done to stop the slaughter of the Jews remains a contentious question. But there is no question that Karski’s testimony remains essential for such a debate.

Published in the January 24, 2014 issue:
View Contents
Tags
Books
War and Peace
Igor Lukes is University Professor, and professor of international relations and history, at Boston University. He is the author of On the Edge of the Cold War: American Diplomats and Spies in Postwar Prague (Oxford), among other books.