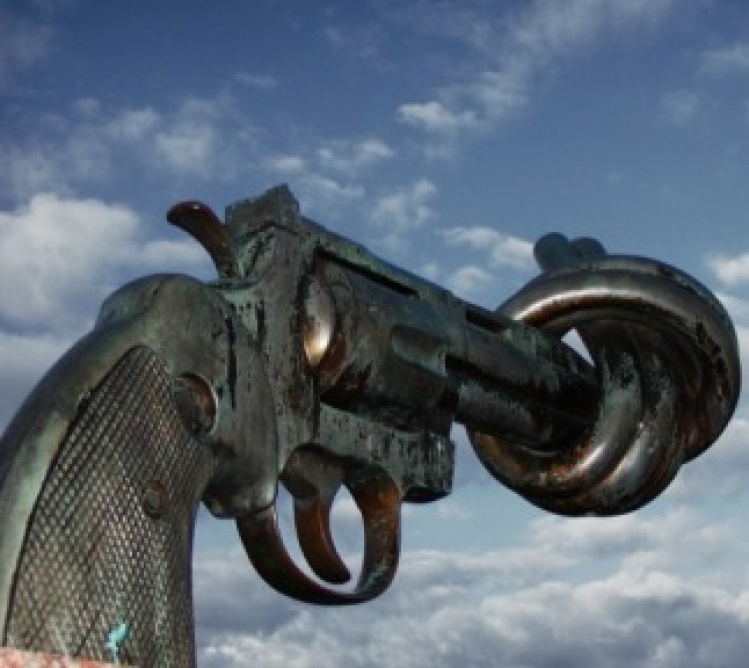 The gun lobby and the weapons merchants are counting on our notoriously short national attention span.

They are counting on confusion, obfuscation and the quiet mobilization of allies to create one delay after another. Their hope is to keep Congress from acting quickly to protect children and other innocent Americans from gun rampages. The longer we wait, the less likely we are to act. See: short national attention span.

They are counting on President Obama -- despite his forceful promise of action on Wednesday -- to avoid putting the full muscle of his administration behind a broad and bold set of measures to end our culture of violence.

They are counting on progressive interest groups to fight among themselves over whether gun safety is more important than, say, immigration reform and climate change. There is nothing like setting allies against each other to turn their energies away from a central goal.

They are counting on the hardened cynicism of Washington insiders who say it doesn't matter that 20 children are dead. The gun lobby always wins in the end, they'll growl, and it's naive to pretend otherwise. Hope is for chumps.

They are counting on the Democrats' desire to maintain control of the U.S. Senate and the fact that in 2014, Harry Reid's party is defending seats in states that have been bastions of opposition to gun legislation -- Alaska, Arkansas, Louisiana, Montana and South Dakota, to name a few. Sure, the National Rifle Association is on its heels now, but the political consultants will warn about the millions it will spend the fall after next.

They are counting on the NRA's success in embedding itself into the DNA of the Republican Party and the modern conservative movement. When the NRA talks, conservatives listen -- and do its bidding. Many politicians on the right will make sympathetic public sounds now about the people of Newtown, Conn. But out of public view, they will keep legislation bottled up in congressional committees. They will insist we wait for "careful studies" before doing anything. They will talk a mile a minute about mental health funding -- even if they have voted to cut such funding in the past.

Do you doubt this? The NRA's board is a who's who of conservative leaders, politicians and celebrities. A partial list: Grover Norquist, John Bolton, Ollie North, David Keene, Chuck Norris, Ted Nugent, Larry Craig, Jim Gilmore, Ken Blackwell and Joe Allbaugh. (By the way, some of these folks once talked a lot about "homeland security.") Too many conservatives have been complicit in selling their movement off to gun lobbyists.

Yet seeing the obstacles is a first step toward getting past them. I am hearing hopeful noises from the immigration-reform and climate-change camps that their leaders understand that acting against gun violence must take priority -- and that moving first on guns need not set back their own causes. Such solidarity will be essential.

Genuinely inspiring are the number of traditionally pro-NRA politicians who know that Newtown must end business as usual on guns -- and have said so. The witness of Sen. Joe Manchin, a West Virginia Democrat who is as pro-gun as they get, is more valuable than a million words from liberal columnists. He spoke three simple sentences on MSNBC's "Morning Joe" that swept aside years of disingenuous NRA propaganda that bans on assault weapons and large magazines are threats to law-abiding gun owners.

"I've never had more than three shells in a clip," Manchin said. "Sometimes you don't get more than one shot anyway at a deer. You know, it's common sense." Where American gun policy is concerned, common sense would be nothing short of revolutionary. Here's hoping Manchin stays his course.

As for the president, it's imperative that he continue to set aside the counsel of aides who fear his getting embroiled in a big fight over guns. Instead, he must realize he has a historic opportunity as great as the one he seized in passing health care reform.

In 1996, after a mass killing left 35 dead, Australia's conservative and proudly conventional prime minister, John Howard, presided over a National Firearms Agreement that fundamentally altered his country's relationship to firearms. And it's working.

The lesson of Australia is that Obama will lose only if he fails to grasp this once-in-a-lifetime chance to put a permanent end to our debilitating passivity in the face of gun violence. Neither he nor we can allow our attention to waver until the task is completed.