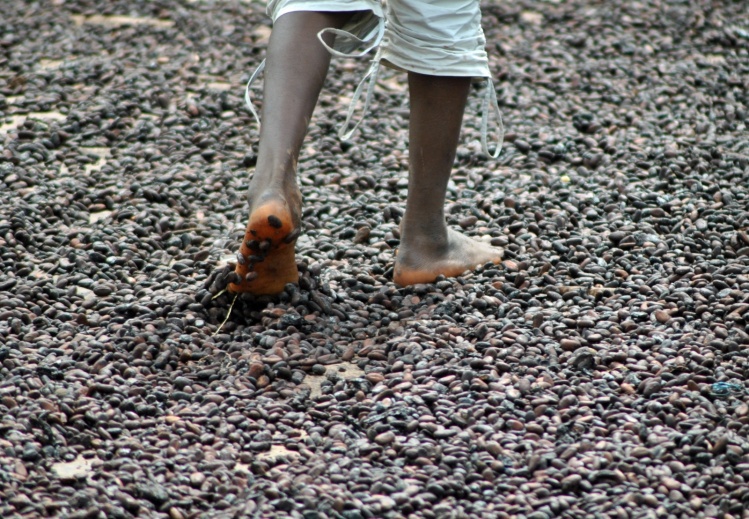 On December 1, 2020, the Supreme Court heard oral arguments in the consolidated cases of Nestlé USA, Inc. v. Doe I and Cargill, Inc. v. Doe I. Depending on how the court rules, these cases could mark the end of the Alien Tort Statute (ATS) as a means of holding corporations accountable in U.S. federal courts for human-rights abuses committed abroad. For victims of such abuses, particularly those in Africa, ATS has, until now, provided an opportunity to seek relief in the only jurisdiction where they can obtain an enforceable judgment, and where such a judgment is most likely to influence the future behavior of the offending corporations and their shareholders. While much of the world’s attention was focused last fall on whether the Supreme Court would find a way to meddle in the U.S. presidential election, human-rights lawyers and activists were paying close and anxious attention to the Nestlé and Cargill cases.

The ATS, which was part of the Judiciary Act of 1789, gives federal courts jurisdiction to hear civil claims brought by foreigners for torts “committed in violation of the law of nations or a treaty of the United States.” For most of its history the ATS lay dormant, but forty years ago courts began interpreting it as a way for victims of human-rights abuses that took place abroad to seek redress. Over the past couple of decades, however, the U.S. Supreme Court has made such redress more difficult by progressively narrowing the scope of the statute. At stake in the Nestlé and Cargill cases is the question of whether U.S. domestic corporations can be held liable under the ATS for their conduct in foreign countries and, if so, whether those corporations can be held liable for “aiding and abetting.”

These are not mere legal technicalities. Ruling that U.S. corporations cannot be held liable under the ATS would make it much easier for them to act with impunity abroad. Without a way to sue U.S. corporations in U.S. courts, victims of human-rights abuses committed by those corporations in other countries would effectively be left without a remedy. It is notoriously difficult to get American courts to honor judgments from the countries where the abuse took place. This has particular importance for Africa: both the Nestlé and Cargill cases involve claims of child slavery in cocoa production in the Ivory Coast, and several of the landmark cases that have narrowed the scope of the ATS have involved African plaintiffs suing for conduct in Africa.

According to the International Cocoa Organization (ICCO), West Africa accounts for 73 percent of global cocoa production. Ivory Coast alone produced 45 percent of the world’s cocoa in the 2019–2020 crop year. Chances are that the chocolate bar by the checkout counter and the syrup swirling in your café mocha began their journey to you on a West African cocoa plantation.

Global markets without global accountability is a recipe for abuse.
sharetweet

Wherever it ends, the cocoa supply chain starts with human beings cutting down ripe cocoa pods with machetes, cracking them open, and harvesting the seeds inside. Much of this difficult work is done by children—and often by children who have been trafficked to farms specifically for this purpose. The Nestlé and Cargill cases involve the claims of six former child slaves who were abducted as children from Mali and sold to an Ivorian farm where they were forced to harvest cocoa. The suits allege that the defendants, who are responsible for importing most of Ivory Coast’s cocoa harvest into the United States, aided and abetted child slavery by providing material assistance to these farmers. As the Ninth Circuit Court of Appeals succinctly put it, “the gravamen of the complaint is that defendants depended on—and orchestrated—a slave-based supply chain.” The two cases were first filed more than fifteen years ago and have been stuck in various stages of appeal since then. Even if the court were to rule in favor of the claimants, their suits would still need to return to trial courts to be heard on the merits.

Over the decade-and-a-half that these cases have been winding their way through the federal courts, the corporate defendants have denied not that children are trafficked on Ivorian cocoa farms, nor that the plaintiffs were actually child slaves, but only that the defendants themselves should be held liable for it. In 2018, the Supreme Court held in Jesner v. Arab Bank, PLC, that a foreign corporation could not be held liable under the ATS. Now the defendants in the Nestlé and Cargill cases are asking the court to expand this to cover domestic corporations too. Moreover, the Trump administration filed an amicus brief asking the court to go even further and rule that a claim of domestic aiding and abetting is precluded under the ATS.

As the Ninth Circuit Court of Appeals stated, the crux of the complaint is not that either of these corporations went directly into Mali to kidnap children, but that they aided and abetted child slavery by failing to police their supply chains. The prevalence of child labor in West African cocoa production, as well as the high rate of trafficking from countries such as Mali, is not a secret. The 2001 Harkin-Engel Protocol obliged cocoa manufacturers to meet targets for the reduction of child labor in the industry. Those targets have all been missed. The plaintiffs in the Nestlé and Cargill claim that the defendants aided and abetted child slavery by supporting farms with the lowest labor costs, even though they knew these farms saved money by using child labor. All of these decisions, the plaintiffs allege, were ratified at corporate headquarters in the United States. The defendants are urging the court not only to reject this theory of their liability but also to prohibit all ATS claims against U.S. corporations for any conduct that takes place abroad, even if it involves slavery.

In Fratelli tutti, Pope Francis writes that “we are still far from a globalization of the most basic human rights.” This is evident in the unwillingness of the United States and European countries to hold corporations responsible for their conduct abroad. On November 29, Swiss voters rejected the Responsible Business Initiative, which would have made Swiss businesses liable for human-rights or environmental violations committed abroad. Now the Supreme Court is on the cusp of effectively granting legal immunity to U.S. corporations for the harm they do in other parts of the world. This is legally dubious and morally unacceptable. Corporations that profit from slavery and other gross injustices must not be permitted to hide behind unreasonably narrow rules of jurisdiction. Global markets without global accountability is a recipe for abuse.