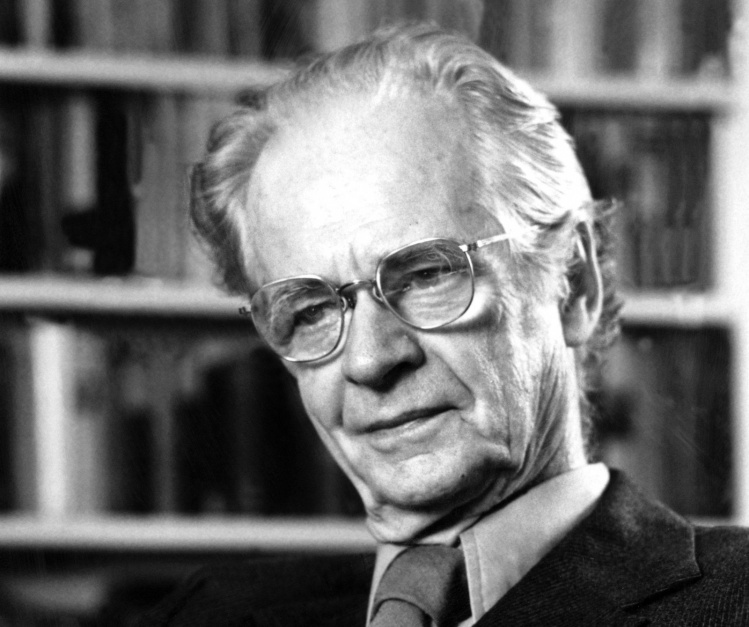 My love of Catholicism arose and flourished in my childhood, became dormant in my late adolescence, underwent a fitful revival during my university years, and died once and (seemingly) for all soon thereafter. It has a faint afterlife in the admiration I feel for some Catholic converts, and perhaps in my willingness to consider the possibility that there might be something like a purposive intelligence behind our existence and that of the universe.

I grew up in a devoted Catholic family, but it was influences outside the home that were decisive in shaping my early love for the church. One was Sr. Monica, the nun who taught me in fourth grade. A woman of sweet, humorous, loving holiness, she seemed to represent everything I should aspire to if I wanted to be worthy of God’s own love. In my memory I still cherish the image of her silently meditating after daily Mass in the small and cozy convent chapel.

Sr. Monica introduced me to the lives of the saints—specifically, to a series of dramatized biographies of saints written for children. I was first taken with the gentle purity of Francis of Assisi, the namesake of our parish in the piedmont of Virginia. But it was Thomas Aquinas who really captured my imagination. Here was the model for the life that would make me truly happy: a contemplative and monastic life of the mind. (Unlike Thomas, I would keep my weight down.)

As a boy I could do more than merely fantasize about the monastic life. I could see it “in action,” thanks to the improbable presence of a Capuchin monastery just over the hill from my childhood home. (I say “improbable” because my hometown, overwhelmingly Protestant and a Confederate stronghold during the Civil War, was not especially welcoming to such exotic expressions of Roman Catholicism.) In a grand and cloistered edifice that had originally been built in the late nineteenth century as a music conservatory, ten or so Capuchin priests were housed, along with an equal number of brothers, and a couple of dozen teenaged seminarians—mainly Italian-Americans who spoke in strange Long Island accents. On schooldays I would wake before the birds and skip over the hill to the monastery for daily Mass in one of its many small chapels. Afterwards, wearing my altar-boy cassock (sans surplice) to fit in, I would stroll the bosky grounds with the monks and talk about scholastic theology and other thrilling things. I especially loved Fr. Marcellus, who taught chemistry and physics to the seminarians. On our many walks together he patiently explained to me such philosophical subtleties as the distinction between “essence” and “accident.” It helped that he looked just like St. Francis.

Such was the religious idyll of my childhood.

I know this sounds ridiculous, but I attribute my teenage apostasy to Time magazine, which my parents unwisely subscribed to. In 1966 Time emblazoned the words “IS GOD DEAD?”
sharetweet

But then everything changed. I graduated out of parochial into the cruel world of public education, where phys-ed replaced daily Mass and Hemingway replaced the lives of the saints. The convent closed down. So did the monastery, becoming a deserted ruin before it was eventually razed for a suburban housing tract. Sr. Monica disappeared from my life; ditto Fr. Marcellus (whose parting gift to me was several large bottles of powerful sulphuric acid from the seminary’s chemistry lab, which I gleefully employed in many destructive experiments). And then, internal to me, there was another change, called puberty.

While in high school I still went to Sunday Mass, if only to appease my parents. I even played guitar for the newfangled “folk Mass” and sang those execrable songs composed by “with it” priests who, I hope, have been defrocked for the aesthetic violence they did to the liturgy. But I had ceased to believe in God.

Why? I know this sounds ridiculous, but I attribute my teenage apostasy to Time magazine, which my parents unwisely subscribed to. In 1966 Time emblazoned the words “IS GOD DEAD?” on its cover. I was eleven then, and still quite pious. I wrote an indignant letter to the magazine, pointing out that even Voltaire acknowledged the existence of a deity. (I was probably wrong about Voltaire; anyway, my letter went unpublished.) A few years later, Time put B. F. Skinner on its cover. That motivated me to read Skinner’s Beyond Freedom and Dignity. I began to think that free will might be an illusion, and God too. I mischievously got on the phone and called up B. F. Skinner, whose home number I had obtained from Massachusetts directory assistance. Skinner seemed happy to hear from me, and he encouraged me to call him again—collect! I did so several times, and I warmed to his message that the world was a deity-free causal-material nexus. But then I discovered Sartre’s Being and Nothingness in the local library. When I tried to explain Sartre’s notion of radical freedom to Skinner over the phone, he seemed to lose interest in our long-distance friendship.

Skinner, Sartre, Hume, Nietzsche, Freud…I did the whole intellectualoid tour. In defiance of my upbringing, I had become a freethinker and also, for biochemical reasons, a believer in free love. Yet a part of me still pined for the monastic ideal. In college I toyed with reviving my spiritual flame. I took courses in early Christian theology. I weighed Tillich’s idea that God was not really a person, but rather “the all in all, the totality.” I developed a rather excessive enthusiasm for Kierkegaard. Inspired by Either/Or, I sought to journey from my current “aesthetic” stage through the “ethical” stage and thence to the “religious,” achieving a kind of higher synthesis of my childhood piety and my adolescent unbelief. I befriended a few hard-to-find orthodox Catholic undergraduates, and went to Mass with them at the Catholic church that served the university community, a moderno theater-in-the-round affair fittingly named after Thomas Aquinas.

It didn’t work. Of the courses I took in religious studies, the only one that really grabbed me was a seminar on the logical positivists’ attack on religion. I liked the logical positivists! After the woolliness of Tillich and Kierkegaard, their rigor and clarity were tonic. I was seduced into analytic philosophy, and thence into logic and pure mathematics, and soon my guttering religious flame was entirely extinguished. The only remaining interest I had in Catholic theology was in teasing out the hidden premises in the ontological argument for God’s existence and representing them in modal logic.

I will now confess to the obvious: the foregoing account of my spiritual dégringolade, while true in every detail, is a caricature. My alienation from the Catholic Church was not mainly intellectual. It was moral, even emotional.

I think of the sick and obsessive fear I felt as a child that I might have inadvertently committed a mortal sin by having an “impure” thought—a fear that drove me guiltily into the confessional booth nearly every Saturday. I think of how, for reasons of Catholic idiocy, our family was needlessly wrenched apart when my younger brother decided he was gay. I think of how my late mother, so devoted to the church all her life, would explode in self-righteous rage and hatred at anyone who was not “pro-life.” I think of the inane expressions of anti-Semitism I heard from rank-and-file Catholics: “If the Jews are so smart, why can’t they see that Jesus is God?” I think of how the charmingly eccentric priest in our parish who earned my intellectual respect when I was a high-school student was later credibly accused of molesting children. (He’s now dead.) And I think of the awful banality of the discourse issuing from the church’s hierarchy.

But then I think of Fr. Marcellus and Sr. Monica…

Jim Holt, a veteran New York journalist, is the author of Why Does the World Exist? (2012) and When Einstein Walked with Gödel (2018).