Why I Came & What I Found 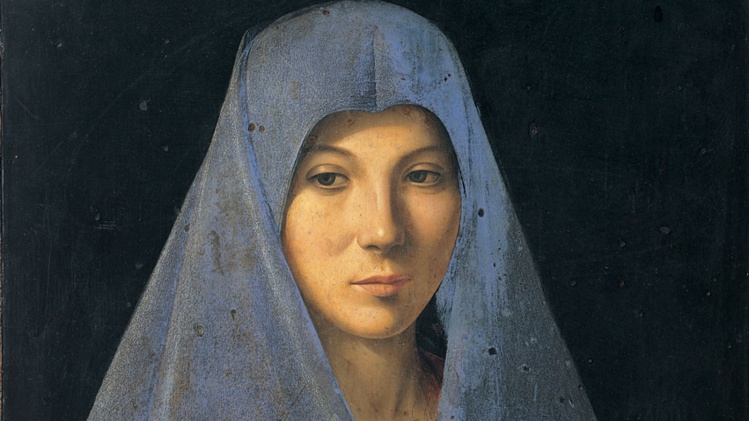 Painting of the Virgin Mary by Antonello da Messina, 1475

On the third Sunday of Advent in 1996, at the parish church of St. Thomas the Apostle on Chicago’s south side, I was received into the Catholic Church. I was forty-one years old. I’m confident of those facts, but I can’t exactly say that I remember the event. I’ve told the story often enough that the feel and tone of that day have dissolved into the story. There are occasional Proustian moments when some stimulus—the smell of chrism—seems to lift the narrative veil and bring back something of the sense of things-as-they-were—the priest’s fingers rubbing oil into my hair on a December day in Chicago twenty-two years ago. But I neither trust nor seek those moments: Proust was a deceiver. What I have is the story, and that’s more than enough.

I asked the church for its embrace in 1996 because, the story goes, I was in love: with the thought that the Church Catholic, belief in which I’d long been confessing (“one holy catholic and apostolic”) as a Christian, could be found in the world, here, before my face; with the energetic charisms of the man who was then pope; with a sense of the church in the world as mother to peasants and proles, passionate in their devotions; with the hope that I would find my intellectual life stimulated and made more completely cruciform by submission to the church’s teachings; and with the presence of Mary in the Church, a person to whom I’d never prayed until then, from whom I’d asked nothing, for whom I’d intentionally done nothing, and who nonetheless, I already knew then, walked patiently with me in the darker passages of my inchoate dreams.

That’s part of the story of why I became Catholic, told with variations every time, always both true and not. I was in love, yes, that part is a constant, and I’ve found that love returned and deepened since 1996. Many of the things I was in love with then I remain in love with now as I’ve come to know them better and to see them more clearly. That’s especially true of the church’s kitschiness: its shameless embrace of sentiment, its tin ear for liturgical English, its consistent refusal to make normative the intellectual and aesthetic tastes of the proportionately few overrefined elites it harbors. It’s especially true, too, of Mary, whom I’ve slowly come to know better and to love more. And my reading and writing and teaching have been nurtured and transformed by Catholic mentors, dead and living, since 1996. I’ve been given, and have sometimes been able to receive, the gift of an openly authoritative intellectual tradition that is open exactly because it is authoritative. I think better now than I did before, and that is mostly because I’m Catholic.

I trust the church to be right more than I trust myself; and at the same time I don’t pretend that I take to be true and clear what seems to me false and confused
sharetweet

So, I’m still in love, twenty-two years on. The love’s been routinized, of course. It’s less affectively intense than it was. But it’s there still, a ground bass, thrumming beautifully. And sometimes, still, it floods me: sometimes tears come to my eyes at Mass, most often at the non sum dignus. I cry, often, when the saints are invoked, especially when we get to Perpetua and Felicity. I choke and shudder when the history of everything is sung and told at Easter and Christmas. And, sometimes, embarrassingly, I’m seized by feeling at the most tritely sentimental of the songs we sing (he will raise me up…ubi caritas…amazing grace…in hac lacrimarum valle). I can’t imagine not being Catholic in something like the same way that I can’t imagine not being a speaker of English, and most of the time I’m happy about that.

But. The pollyanna story I’ve just told, though true so far as I can tell, isn’t the whole story. There’s another one I’ve told less often. It’s a story of pain, not acute and unbearable (the gallstone, the impacted wisdom tooth) but rather chronic and mild (the aches in the joints of an aging body). The pain is caused by the church’s embrace. It’s one aspect of how that embrace seems to me, and while I’m not always actively aware of it, and it’s not always of the same intensity, it too is one of the notes in the harmony of being Catholic. I think of it as an anticipation of the purgatorial pains to come. That thought, though accurate enough, doesn’t alleviate the abrasive, rubbed-raw feeling of being damaged by the church. It’s not that I think I am being damaged, not that I give assent to that interpretation. But, not infrequently, it seems to me that I am, and I’m alternately angered and saddened by that sense.

One aspect of the pain is intellectual. I’ve had a long academic career, in which I’ve been paid to think and teach and read and write. Thinking clearly matters to me. I do it as well as I can. Sometimes, the church teaches, with authority, a position that seems to me wrong; and when it does that, it sometimes offers arguments in support of what it teaches that seem to me not to support the position they’re taken to support—or to be in some other way problematic. When these things happen I have to think two things at once: that what’s being taught or argued doesn’t seem right to me; and that it’s being taught by the church, whose reliability in these matters I trust. When I was received into the church on that day in 1996 I said, among other things, “I believe and profess all that the holy Catholic Church believes, teaches, and proclaims to be revealed by God.” I did and do assent to that (though it’s a complex statement and needs careful parsing). Hence the pain, the harsh intellectual embrace that the church sometimes provides.

Two brief examples. One: I’ve long thought that it’s time the church stopped advocating that civil marriage and sacramental marriage should have the same form. I’ve written about that in several places, including the pages of this magazine. And yet the U.S. Catholic Bishops, and many of the bishops in whose dioceses I’ve lived and worked, opposed that position, and that has abraded me, both intellectually and practically. A second example: it seems to me that the church’s teaching that a human person exists from the moment an egg is fertilized by a spermatozoon sits ill with the facts of embryology, which show that prior to implantation of the fertilized egg in the uterine wall it’s capable of twinning or melding. Those capacities aren’t ordinarily ones we attribute to human persons, and it seems to me that doing so produces severe and unnecessary intellectual difficulties.

I know how to handle such difficulties conceptually. I trust the church to be right more than I trust myself; and at the same time I don’t pretend that I take to be true and clear what seems to me false and confused. But holding those two attitudes and practices together, however clear it is conceptually, is painful and difficult. It is also part of the ordinary condition of Catholics. It’s part of the love affair.

There’s another kind of pain in Catholic life for me, one that’s mostly not intellectual. It too feels damaging. It has to do with the discipline of the sacraments. I am a sinner, and some of my sins are both repeated—habitual—and mortal. When I’ve sinned mortally, and have, for one reason or another, been unable or unwilling to confess, I can’t receive Jesus’ body and blood. And so, sometimes, I find myself at Mass, eagerly wanting that body and blood exactly because of my condition, and yet unable to receive it. This feels wrong. It feels as though what’ll do me good, the preveniently loving gift of healing, is being unnecessarily kept from me by the church, and that I am thereby being damaged. It’s not that I think this true: I can give you the full and proper account of why, when in a state of mortal sin, I ought not to receive Communion, and why, therefore, I’m not really being damaged by not being allowed to receive it. But it remains the case that it seems to me I’m being damaged, and that the damage seems to me unnecessary. This too is part of the ordinary Catholic condition, part of the love affair.

I am, therefore, happy to have become Catholic twenty-two years ago, and will remain so (how could I stop, even if I wanted to?) until I die. The church’s embrace has been and remains for me a delight. But it’s also a harsh embrace. I have been and continue to be pained by it.