Why Climate Change is Not a Prudential Judgment 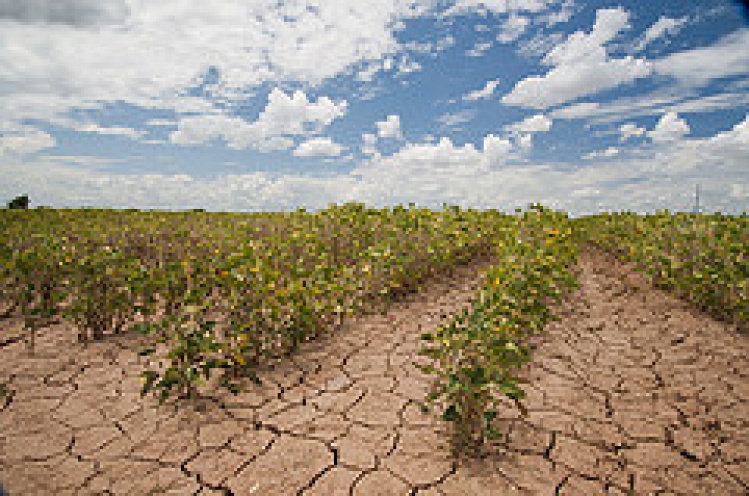 A recent survey indicated that Americans divide into three groups on the issue of climate change: believers, sympathizers, and skeptics. About half of Americans are “believers,” saying that the climate is warming and that this warming is caused by human activity, and another quarter are “sympathizers” who are less sure about causes, but who agree the climate in warming. The final quarter are “skeptics,” who deny that there really is any warming.

Francis’s encyclical has already brought charges from prominent Catholics that the Church should stay out of the science. It is important to recognize that the encyclical itself will surely be primarily concerned with faith and morals. The Vatican’s Pontifical Academy of Sciences has already issued a detailed statement which goes into far more detail on the science.

Aquinas clearly states prudence, while an “intellectual virtue,” is nevertheless to be distinguished from “wisdom, knowledge, and understanding” which are about “necessary things.” By contrast, “art” and “prudence” are about “contingent things.” Art is about “things made” and prudence about “things done” (ST II-II, 47, 5). Prudence cannot be exercised without “wisdom, knowledge, and understanding,” but these latter qualities are not themselves prudence.

Thus, the proper area for debate about prudential judgment is what is to be done in the face of scientific data, not what the scientific data is. This differentiation will be especially important, because I expect the encyclical will follow the PAS statement in suggesting that overwhelming evidence suggests present climate change and future disruptions, while also noting that (to directly quote the PAS report) “The climate system is highly complex and could respond in surprising ways that have not yet been anticipated by models that project the future climate. While the actual warming could be smaller than expected, it could also be much larger, causing even more dire disruptions than those that have been identified. Prudence and justice demand that we take note of these risks and act upon them in time, for the sake of all humanity, but especially for the weak, the vulnerable, and the future generations whose wellbeing depends on our generation’s actions.”

These sorts of quotes will offer a tempting opportunity for climate “skeptics” to proof-text the document in favor of uncertainty – and in doing so, likely appeal to “prudential judgment.” But the quote very correctly indicates that the uncertainty of the science actually heightens the urgency of acting. A prudent person, faced with a large amount of information which tends one way but includes inevitable uncertainty, will not guide her future actions by placing all of her bets on the shakiest portions of the evidence and the potential-but-unknown “surprises” that might lead to less damage than seems likely. This is the very definition of imprudence. But notice this isn’t a judgment about the scientific data itself; it’s a judgment about what the scientific data would support as prudent action.

The recently-debated question of appropriate Catholic cooperation with the United Nations is a clear instance of a prudential judgment. To my mind, given that global cooperation is necessary for any reasonable action, it would seem imprudent not to cooperate with the one body that might make progress possible. One would need very weighty reasons to reject such cooperation, as well as a serious argument that such cooperation involved formal or proximate material cooperation. Nevertheless, the pope’s encyclical will reasonably prompt such a debate, even as it undoubtedly makes important prudential judgments explicit. That is the debate which should proceed from the encyclical, because it is a debate that has already advanced to the question, “what should we do about climate change?” Because the question of whether there is human-caused climate change isn’t about prudential reasoning at all. Rather, the knowledge and wisdom that we have – even with the inevitable uncertainty – leads to clarity that the least prudent course of acting is doing nothing.

Rushkoff: The Popes Have the Operating System for the New Economy