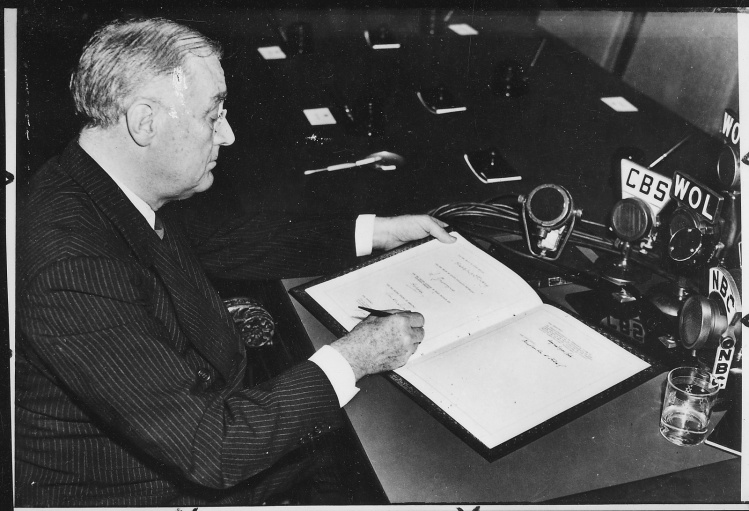 Who decides what counts as “civilization”? After the destruction that Europe faced during World War II, the answer seemed less obvious than it once was. For centuries, Europeans had forced their conception of what makes a superior civilization onto their colonies. But after seeing the horrors of fascism during the war and enduring an Allied occupation in the postwar era, it was harder for Europeans to argue that theirs was the most civilized society in the world.

Paul Betts’s Ruin and Renewal: Civilizing Europe After World War II examines how, as Europeans physically rebuilt after the war, they sought to craft a new European identity. In both the Eastern and Western blocs, the survivors of World War II reckoned with the reasons the war occurred, the ways it transformed society, and what kind of Europe should emerge from the rubble. Christian democrats, communists, humanitarians, pacifists, and many others fought to stake their claim on the emerging postwar order. At the heart of these debates, Betts writes, was the question of who should define “civilization.” Betts’s narrative traces these intellectual clashes between the Eastern and Western blocs over the course of the Cold War, and he details their repercussions not only for Europe but also for the parts of the world that Europe had governed.

Betts begins his analysis with the understudied role of humanitarians working in Europe in the immediate aftermath of the war. The Western Allies and the Soviet Union collaborated through the United Nations Relief and Rehabilitation Administration (UNRRA) to provide aid to Europeans regardless of national origin. The aid workers whom UNRRA deployed to find displaced peoples, provide aid, and console those who had lost loved ones were mainly religious officials. Europe found itself at the center of global missionary activity, and Betts argues that its presence laid the ideological foundations for the Christian Democratic coalitions in Germany and Italy. But before too long, humanitarian aid became politicized. Within two years, Soviet leadership viewed UNRRA religious officials as potential spies and threats to secular communism, and they rejected UNRRA aid in favor of their own humanitarian vision.

In addition to the Christian missionary efforts, the Allied powers carried out the Nuremberg Trials in hopes of providing a new foundation for “civilization” in Europe: justice. In an effort to show a dedication to accountability in the aftermath of the Nazi occupation of Europe, American, British, French, and Soviet legal teams cooperated to prosecute those who were complicit in the crimes of the Nazi regime. But tensions over the definition of justice created a rift between the Eastern and Western blocs. Betts points to the politically motivated trial of Cardinal József Mindszenty for treason as an example of how communist Hungary weaponized the desire for justice, using it to silence religious and political dissent and consolidate political control. The Western media published pictures of Mindszenty during his trial and charged Hungarian officials with drugging and beating the cardinal to obtain his confession. In the face of religious persecution by communists, citizens of the Western bloc saw defending religious principles as their duty. European concepts of “civilization” became divided, and foundational principles such as humanitarianism and justice were subject to politicization from both the United States and the Soviet Union.

This civilizational debate between the East and West eventually spilled over into European colonies. Watching their colonizers plunge into a second world war, African nations increased their calls for more autonomy or outright independence, and many gained it in the 1940s. By the next decade, the United States had claimed the mantle of defender of Western civilization and sought to export the benefits of democracy and free-market capitalism to Africa while limiting the spread of communism. Betts analyzes the efforts of organizations such as the United Nations Educational Scientific and Cultural Organization (UNESCO) to create a concept of “World Civilization” friendly to Western interests. As a gesture to mend the tensions from decolonization, Western members of the UN sought to designate cultural sites throughout the decolonized world, but many of these countries’ leaders viewed this gesture with suspicion. Instead, African nations formed their own ideas about what a decolonized Africa should look like. Borrowing from Western liberal traditions, leaders like Kwame Nkrumah encouraged Africans to engage in political-liberation efforts in the famous “Declaration to the Colonial Peoples of the World.” Nkrumah was elected as Ghana’s first president, and he aimed to peacefully guide the country through nation-building and cultural development independent of its previous British overlords. But not all African nations had a peaceful transition to decolonization. Algerians built their country’s identity through the violent overthrow of their French colonizers. Many Algerian intellectuals encouraged a return to the region’s Islamic history, and in some cases Islamic fundamentalism, to create a national identity. Although French intellectuals like Jean-Paul Sartre, Albert Camus, and Simone de Beauvoir took an active stance against the war in Algeria, the conservative French media portrayed the conflict as an existential struggle between Western civilization and Islamic fundamentalism. As these newly-formed nations gained their independence, Western Europe could no longer force its influence upon these former colonies, and as a result, the centuries-long established narrative that European “civilization” was superior to its African subjects no longer held sway.

The centuries-long established narrative that European “civilization” was superior to its African subjects no longer held sway.
sharetweet

In contrast to the former Western colonial powers, Eastern European communist elites created elaborate public-relations campaigns to portray themselves as the friends of freedom fighters and nascent national leaders. Betts focuses on the efforts of Josef Tito to ingratiate himself with Ethiopia and Egypt: he made visits, posed for photos, and even went on a safari. Betts contends that the aim of these campaigns was to contrast “rapacious Western neo-imperialism…with socialist assistance, solidarity, and goodwill.” The German Democratic Republic hosted many leaders and cultural figures from former European colonies; Ghanaian artist Kofi Antubam, for example, eventually produced works that merged Ghanaian traditions with Eastern European art and architecture. The Eastern bloc presented its own version of a “civilization” rooted in the collectivist Marxist-Leninist tradition and sought to convince African and Asian leaders that this identity stood superior to their Western counterparts.

The end of the Cold War eventually saw one group’s definition of “civilization” emerge victorious: religious conservatives and neoliberals became dominant in both European and American intellectual circles. Reacting against the loosening “of social hierarchies, cultural norms, sexual mores, as well as national borders,” these intellectuals decried the collapse of Western civilization, and Europeans witnessing decolonization found these narratives appealing in the midst of these major cultural changes. Betts examines how South African and Rhodesian leadership framed themselves as defenders of Western Christian civilization while actually suppressing democratic and human-rights campaigns. These governments defended their racist and autocratic policies by insisting they were being undermined by anti-Christian, radical leftist, and pro-communist forces. Conservatives like Ronald Reagan and Margaret Thatcher capitalized on this narrative, calling on their constituents to protect the religious and racial heritage of Western civilization. But the threat changed with the collapse of the Soviet Union; no longer was there a geopolitically equal combatant pushing an alternative narrative of “civilization.” Cultural and religious conservatives instead began to focus on other perceived threats to Western civilization: Islamic fundamentalists, secular Marxists, and other opponents of capitalism or democracy. Betts points to the rhetoric that emerged in Samuel Huntington’s Clash of Civilizations as evidence but also points to the rhetoric of Chancellor Angela Merkel and the Christian Democratic Union party officials in 2010 arguing that multiculturalism was a “failure, an absolute failure.”

One of the most fascinating elements of Ruin and Renewal is Betts’s recasting of the Cold War: focusing less on the well-worn, top-down political story of the Cold War and asking instead what social and cultural changes characterized this global conflict between East and West. The lens of defining “civilization” offers a unique approach to what was at stake in the minds of Europeans as they tried to recover from the most devastating conflict in human history and to grapple with the meaning of decolonization.

While Betts’s research and the examples he includes serve his overall argument well, the narrative itself can be difficult to follow. Chapters sometimes read like individual essays rather than one coherent cultural analysis. For example, the first chapter is dedicated to the humanitarian efforts and the UNRRA religious officials aiding Europeans, some of the first people involved in the debate about European civilization. But the reader rarely hears about them again until a brief mention of their role in the 1975 Helsinki Accords. Each chapter is dedicated to different movements or actors, but the narrative lacks the interconnection that would help a reader understand the major players in this ongoing conversation. Ultimately, the reader misses out on why cultural and religious conservatives emerged victorious.

It was also rather surprising to read a work about “Civilizing Europe After World War II” that does not discuss the formation of the European Union. Betts does make passing mentions to the EU, and it’s true that this is a cultural history rather than a political one. But the cultural ramifications of the negotiations leading to the European Union are significant. They meant a rejection of traditional European antagonisms, predominantly between France and Germany, which had been crucial to their identities for centuries. This new spirit of reconciliation was essential to rebuilding Europe and creating the European Union and its community.

Overall, Betts’s Ruin and Renewal reveals the complexity and uniqueness of what Europeans experienced in the aftermath of World War II. It would have been all too easy to garner resentment and refuse to engage in difficult questions about European identity in the aftermath of World War II. Perhaps the strongest element of Betts’s work shows that non-political individuals and internationalist organizations played important roles in shaping the reconstruction effort. Out of the ashes of World War II, the road to renewal was dependent on everyday Europeans, not just the political elite, engaging in dialogues and seeking reconciliation. While some of these conversations produced new, more progressive attitudes that would have been impossible in the pre-war period, many Europeans remained obsessed with fighting perceived enemies of “civilization.” That remains unfortunately relevant in discussions of European identity today. 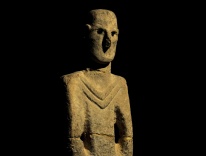