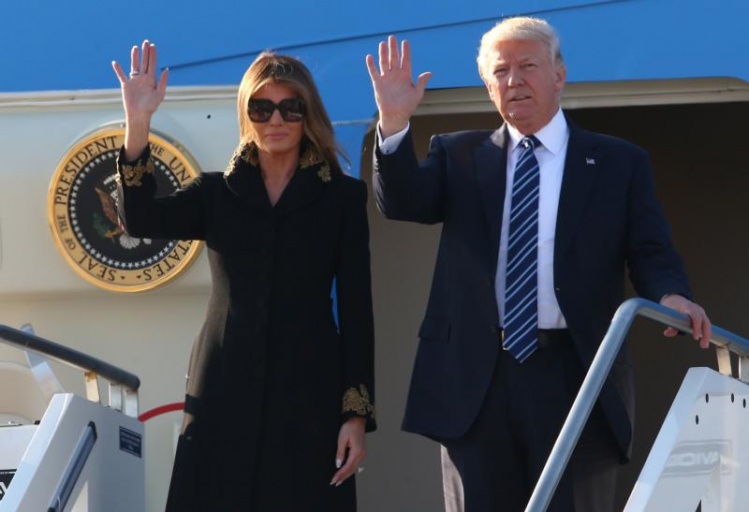 If the appointment of a U.S. ambassador to the Vatican was not a serious business, then one could maybe joke that Donald Trump’s nomination of Callista Gingrich, third wife of a prominent American cultural warrior, signifies a presidential misreading of chapter 8 of Amoris Laetitia. It would not be the first time in Church history that a head of state twists papal teachings to his own favor. But Vatican diplomacy is not a joke, and the ambassadorship to the Holy See is not a purely ceremonial position. The announcement from the Trump administration—coming five days before the president meets Pope Francis—also reveals something more about the men’s two very different worldviews.

If there’s a predecessor to compare Callista Gingrich with, it would probably be Mary Ann Glendon, who was ambassador to the Holy See from February 2008 to January 2009. There’s a similar Republican political persuasion, although their professional qualifications are very different in substance. Then there’s Ken Hackett, who served from August 2013 to January 2017, coming to Rome after a long stint as president of Catholic Relief Services. The appointment of Callista Gingrich, though, is outside the tradition of giving ambassadorships to friends, political donors, or business people with ties to the administration. It seems a purely “personal reward” appointment and as such could be seen as an insult to papal diplomacy—the oldest and one of the most respected diplomatic undertakings in the world—but also to diplomacy in general, where forms and symbols matter. It is not just an issue of personal qualifications, but also an issue of the worldview of the Trump administration.

Let’s put aside all this nonsense about the “populist” qualities Trump and Francis supposedly share. Francis has a geopolitical view of the world—which Trump does not—and the role of the Church in it. This will be the underlying factor at their May 24 meeting (a meeting, by the way, scheduled for unusually early in the morning). Francis has described his worldview as “Magellan’s gaze”: “One thing is to observe reality from the center and another to see it from the last place where you arrived […] An example: Europe seen from Madrid in the 16th century was one thing; however, when Magellan arrives at the end of the American continent, he sees Europe from a new point reached and understands another thing.” In seeing the world as an explorer (not a settler or a conqueror), as the son of immigrants, and as the leader of a global faith community, he takes it in with his mind, his heart, and his hands. Contrast how Trump kicked off his first foreign trip—the largest arms sale in U.S. history—to how Francis began his, a trip to “the peripheries” of Lampedusa in July 2013 at which he said: “Immigrants dying at sea, in boats which were vehicles of hope and became vehicles of death. That is how the headlines put it. When I first heard of this tragedy a few weeks ago, and realized that it happens all too frequently, it has constantly come back to me like a painful thorn in my heart. So I felt that I had to come here today.”

Forget the populist qualities that Trump and Francis supposedly share: Francis has a view of the world that Trump does not
sharetweet

Francis’s emphasis on the peripheries of the world was further confirmed with the surprise announcement on May 21 of a new consistory for the appointment of five cardinals from Mali, Laos, Sweden, Barcelona, and San Salvador (there is no new cardinal for North America). His geopolitical view is characterized by deep insight and a lack of heavy-handed interventions with local churches when it comes to decoding and discerning the complexity of global Catholicism and the world in general. He sees parallel trajectories in the fundamental solidarity between the Church and the world, quietly rejecting notions (“the Benedict Option” and other, more theologically refined versions of it) about withdrawing from the public square. Francis sees the world as a city, not a world divided between the “city of God” and the secular; a cosmopolitan and multicultural city for the Church to live in, not as a frontier to be conquered and fenced. He does not see the Church as a monastery to which Christians must retreat, under siege from the world. Francis’s world is not for settlers, but for the re-settled: the migrants and refugees who represent the religious icons of the seeker and of the bearer of the theological virtue of hope in a world where sometimes the first who are incapable of giving hope are Christians.

It will be interesting to watch and analyze Trump’s audience with Francis, because the meeting must be read in light of three “signs of our times.” The first sign is the widening gap between the United States and Europe. There is an ecclesial component (the theological and political opposition to Francis centered in the U.S.) and a geopolitical one (the Trump administration’s skepticism toward Europe and the European project from a political, economic, demographic, and military standpoint). It’s worth noting, for instance, that as the European project entered a period of economic and political crisis, EU leaders made a point of meeting with Francis—three times between November 2014 and March 2017.

The second sign is the political exploitation of religion for a hypocritical “turn to values.” In very different ways and with admittedly different goals, Trump and Francis de-emphasize biopolitical issues: what dominates their discourse are relations between political power and the economy. Francis expressed his view in the encyclical Laudato Si’, an encyclical as much about the relations between political and economic power as about the care for creation.

The third sign are the roles Trump and Francis embody given new political fault lines: nationalism vs. globalism, ethno-tribalism vs. cosmopolitanism. A worldview emphasizing walls is first of all impractical, but also immoral. Both the pope and the president deal with this issue on behalf of communities and populations divided by it. This doesn’t say much about their radically different positions on migrants and refugees, on the universal right to health care, or on the new arms race (just to mention a few examples), but it’s illustrative of the world they’re working in.

The Vatican and the United States–two “parallel empires” in the words of author and Corriere della Sera columnist Massimo Franco—are seeing their roles in the world redefined. Corresponding to the widening gap between Francis’s Vatican and the U.S. episcopate (and U.S. Catholicism in general) is a gap in what to expect from the meeting. The Vatican’s approach to Trump’s visit is unquestionably institutional, aiming at maintaining good relations with the U.S., while American Catholics may be hoping—unrealistically—that Francis uses the opportunity to publicly scold or lecture the president. Then there are the American Catholics who clearly feel little affinity for this pope, which casts the occasion in a different light: Trump may not be Francis’s real problem.