What Happened to Chesterton’s Throne? 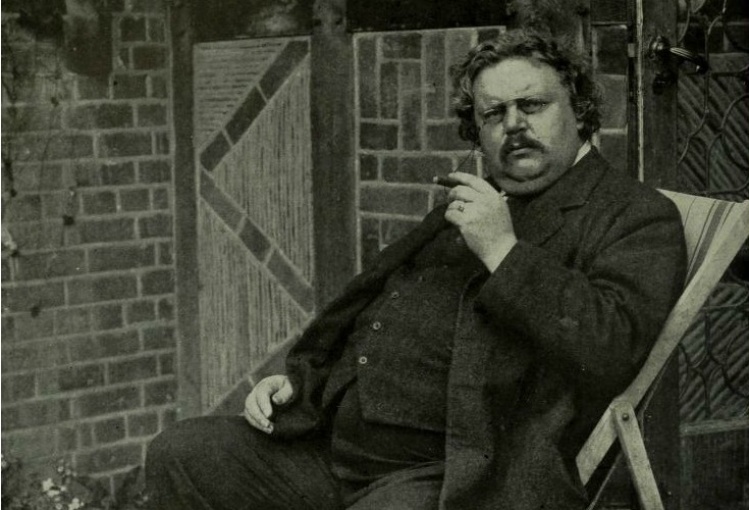 On Sunday, September 28, 1930, Gilbert Keith Chesterton disembarked from a ship into the city of Montreal. His distributist journal G.K.’s Weekly had been circulating in Canada for five years by then, and Chesterton had developed a considerable following among the Canadian intellectual set. The day after he landed, the Canadian Authors Association treated him to tea at the Ritz Carlton, and that evening he delivered his first lecture in Canada to a sizable crowd, a talk titled “The New Enslavement of Women.”

From Montreal, Chesterton traveled west. He arrived in Toronto on Thursday, October 2, and came to St. Michael’s, a college federated with the University of Toronto, to meet with faculty, staff, and reporters at 9:30 p.m. Among the notables in attendance was Etienne Gilson, the great scholar of medieval philosophy. During his stay, Chesterton gave Gilson a gift of his book on St. Thomas Aquinas, and Gilson read it through in one night, enraptured. He would later describe the book as “without possible comparison, the best book ever written on St. Thomas.”

The reception was held in the office of Fr. E. J. McCorkell, CSB, who was Superior of St. Michael’s College from 1925 to 1931. My account of Chesterton’s schedule follows that of Fr. McCorkell, who wrote about Chesterton’s 1930 North American tour in an issue of the Chesterton Review.

A fascinating detail emerges in McCorkell’s telling: “To mark it as an exceptional event in an appropriate way,” a large and sturdy rocking chair was “refurbished” for Chesterton’s use. “It had large circular legs, broad arm rests, heavy rockers, wicker back-supports, and cushion,” McCorkell tells us. “When the guest of honour was confronted with it and understood that he was to occupy it, he exclaimed: ‘Oh! A rocking throne!’”

When the guest of honour was confronted with it and understood that he was to occupy it, he exclaimed: “Oh! A rocking throne!”
sharetweet

The Globe (later the Globe and Mail) incorrectly reported that the reception had been held in the St. Michael’s College library. However, one detail seems to have survived intact: Chesterton was huge in every sense, and the need for a special chair to accommodate him was real. “If G. K. Chesterton didn’t mind being gigantic and joking about it—you remember the one about giving four ladies his seat in a tramcar—we would never say that...he was otherwise than a man who could give four ladies his seat in a tramcar.” That piece ran without a byline.

David Mulroney, the current president of St. Michael’s, tells me Chesterton visited Toronto at a time when Catholics there had not yet come into their own. English celebrity was also of outsize significance, since Canada “still [saw] itself as an adjunct of the UK,” he said. It’s no surprise, then, that Chesterton delighted his small audience that Thursday evening. A young boy asked him why he became a Roman Catholic, and Chesterton answered, “It was, I suppose, because I wanted to have my sins forgiven”—a reply given “without hesitation,” McCorkell observed. Interviews Chesterton gave ran in local papers the following day, and the hubbub he created helped grow anticipation for the main event of his Toronto visit: a Friday evening lecture at Massey Hall.

The lecture was a great success. According to advertisements in local papers, tickets sold for between $0.50 to $2—roughly $7.50 to $30 in today’s Canadian dollars—and “surplus funds” from the event made possible the purchase of “student gowns.” Undergraduates wore these while processing to daily Mass at St. Basil’s on the St. Michael’s campus, according to Fr. McCorkell’s memoirs.

Chesterton left Toronto on Saturday, October 4, to continue his tour. He would be awarded an honorary law doctorate at Notre Dame, visit “Meyer’s Film Studios at Hollywood,” and engage opponents in debates in many North American cities on topics such as “Will the World Return to Religion?” (Scrawled in pencil on an archival reconstruction of Chesterton’s itinerary, someone helpfully added a note that G.K.C. “takes affirmative” on this question.)

But well after Chesterton had departed North America for the last time in the spring of 1931, Fr. McCorkell tells us, a memento of his visit remained behind: the “rocking throne.” Evidently, “this relic remained in the president’s office for several years as a memorial of the Chesterton visit.”

Where is the chair now? Every lead has run cold. The room in which Chesterton sat and spoke on the night of October 2 was bulldozed in a midcentury renovation; the current president’s office sits more than two hundred feet away. The storerooms have been checked and re-checked at the president’s request, but nothing has turned up. What remains are a handful of yellowed pages of memoir and itinerary, newspaper clippings, and the stories that are still told in the shadow of the skyscrapers surrounding campus.

Martyn Wendell Jones is a writer who lives in Toronto, Ontario. His work has appeared in print or online in Books & Culture, First Things, Open Letters Monthly, The Puritan, and numerous other publications.