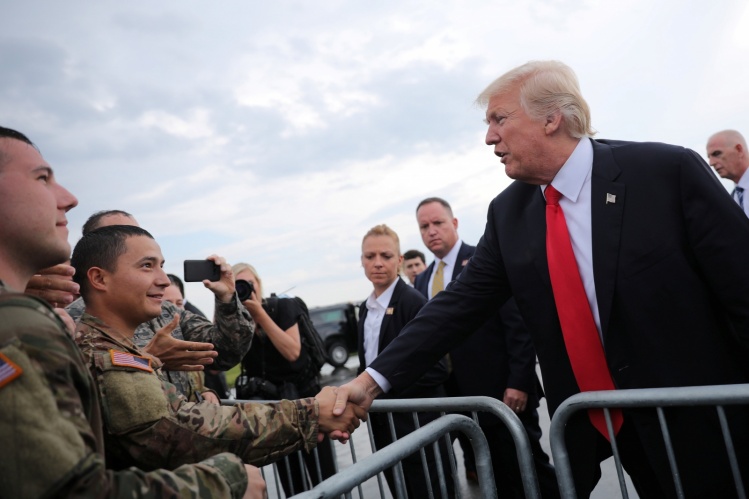 Is President Trump a populist or a corporatist?

Is he appealing to white supremacists as a form of political opportunism—or because, deep down, he sympathizes with their views? Is he the hard-core “fire and fury” hawk of his North Korea statements? Or is he actually a non-interventionist who disdains foreign engagement?

The answer to all these questions is: Who knows? There is absolutely no way of establishing what Trump believes. He says whatever he feels he has to say at any given moment to get attention, strike back at foes or advance his personal (especially economic) interests.

But Trump’s decision to let go of his right-wing-populist-in-chief Steve Bannon sends a clear signal that the president’s “populism” has always been a ruse. And Bannon committed the cardinal sins of dishing to a liberal journalist and dissing his own base within the Republican Party.

One reason Bannon has always inspired fascination is that he has a set of beliefs that, while not always coherent, are strongly held. Faced with a president whose ideology verges on nihilism, here was someone in the Trump orbit who cared about certain things passionately. Bannon was allowed to fill in the blanks left by an empty man.’

This explains Bannon’s seemingly fatal decision to call my friend Robert Kuttner, a left-of-center economic populist who disagrees with Trump on all manner of issues but does share Bannon’s skepticism about China’s role in the global economic system. Bannon seemed to think that he could strengthen his position by seeking allies on the left. This, we have learned conclusively, is not how this fundamentally right-wing White House works.

Kuttner’s account of the conversation, published in The American Prospect, was striking because (1) Bannon declared, against Trump’s bellicose public bloviating, that “there’s no military solution” to the North Korea problem; (2) Bannon sees the U.S. facing an "economic war with China" that we have to be “maniacally focused on”; (3) he’s been in “a fight ... every day” on these matters with the Treasury Department and Trump’s chief economic adviser Gary Cohn; and (4) he called the ethno-nationalists with whom he is often associated “a collection of clowns.”

Yet Bannon also seemed to welcome the public battles that Trump’s moral equivalency toward neo-Nazis and their foes in Charlottesville has unleashed. “The Democrats,” Bannon told Kuttner, “the longer they talk about identity politics, I got ’em. I want them to talk about racism every day. If the left is focused on race and identity, and we go with economic nationalism, we can crush the Democrats.”

The president may figure that dividing Americans along racial lines while fueling a fight on the left over identity vs. class politics will leave him a winner.
sharetweet

Well. Bannon’s last point, despite his departure, could be a Rosetta Stone for Trump’s shameful handling of Charlottesville: The president may figure that dividing Americans along racial lines while fueling a fight on the left over identity vs. class politics will leave him a winner.

But Bannon made all of this way too explicit. He also overlooked the large national consensus against neo-Nazis, Klansmen and white supremacists. Trump can’t admit that he’s playing politics with race, and ethno-nationalism is, fortunately, being challenged more forcefully than ever.

Bannon got into trouble for other reasons as well, notably by directly contradicting Trump’s posture on North Korea. His dismissal is a triumph for Cohn, White House chief of staff John Kelly and national security adviser H.R. McMaster. Friends of a steadier foreign policy will cheer Bannon’s—although who knew that doves had a secret ally in the former head of Breitbart News?

Bannon’s ouster will no doubt be described as a victory for “moderation.” But it also underscores that for all of Trump’s talk about workers and jobs, his administration’s substantive actions have mainly benefited corporate interests. This is especially true of its rolling back of rules around the environment, Wall Street and various worker and consumer protections.

As political scientists Matt Grossmann and David Hopkins observed earlier this month on The Washington Post’s “Monkey Cage” blog, Trump’s actual behavior, including his “regulatory retrenchment,” suggests he is likely to “compile the most conservative policy record of any recent administration.”

Trump carried the crucial states of the Midwest because he was not a conventional conservative. Bannon, for all his disturbing inclinations, understood this. Does Trump?

The president’s defenders will cheer this decision as an effort to create a more orderly and predictable administration. Just as likely, we are witnessing yet another erratic move from a leader who doesn’t know what he believes and was uneasy with an aide who dared imagine that there was a point to his presidency.