As We Lie Dying 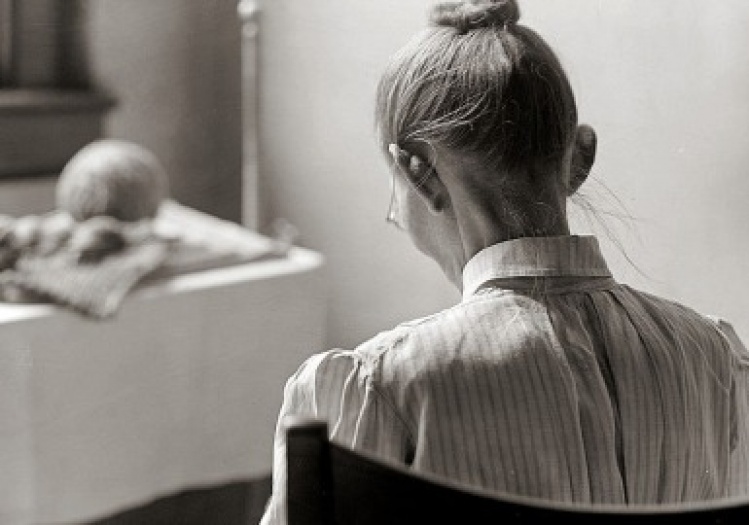 We all die, and most of us understand that it is best to be prepared. Yet most of us remain woefully unprepared for life’s final transition. One way of addressing this problem is the Physician Orders for Life Sustaining Treatment (POLST) paradigm, which provides an opportunity for patients with advanced illness to understand their illness and their treatment options and to have their wishes for these options known and followed.

POLST is not without critics. Some criticisms address clear misuses of the paradigm—as when, for instance, the process fails to include face-to-face physician conversations with the patient, or when POLST is used for someone who is medically stable with a life expectancy of years. But others are more fundamental. Some critics, including some Catholic bishops, assert that POLST elevates patient autonomy to the level of an overarching, enforceable legal right, allowing patients to mandate nontreatment in a way that constitutes voluntary euthanasia. It is, of course, important to guard against opening any doors to euthanasia, but worries about POLST in that regard are unwarranted.

Let’s consider the theoretical case of Max, an active septuagenarian. When he turned seventy-five Max received a diagnosis of aortic stenosis, a gradual narrowing of the heart’s aortic valve that slowly closes the main pipeline for blood flow to the body. Over time, Max’s heart muscle would weaken, leading to severe problems and, if left untreated, death. Max carefully considered his options—open-heart surgery to replace the failing valve or increasing frailty as the valve slowly closed. He weighed his alternatives and concluded that he wanted his life and death to progress naturally. Declining surgery, he completed an “advance directive”—not a POLST—documenting his desire for a natural death. He shared his wishes with his family, who accepted his decision.

Five years later, and increasingly frail, Max collapsed from heart failure on the golf course. An ambulance was called, and Max’s wife arrived fifteen minutes later to find the ambulance crew attempting to resuscitate her husband’s lifeless body—exactly the scenario he had diligently sought to avoid. Brandishing Max’s advance directive, which she faithfully kept in her purse, she pleaded with the EMTs to stop, but without medical orders from a physician, they could not. Max’s advance directive was useless, since the EMTs were legally required to do whatever necessary to stabilize Max—even things he would abhor—in the absence of an order from a physician. Advance directives, it turns out, work better in the hospital than on a golf course.

Max’s story is an example of the limitations of advance directives and surrogate decision-makers in directing medical care in an urgent non-hospital setting. This hypothetical story served as the centerpiece of testimony given by Amy Vandenbroucke to the Senate Special Committee on Aging on June 26, 2013. Vandenbroucke, executive director of the National POLST Paradigm Program Task Force, explained that Max’s story would have had a different ending—an ending in keeping with his wishes—if the emergency personnel responding to the 911 call had had a physician’s order on a POLST form to direct his medical care. In that case, the EMTs would not have attempted resuscitation, Max would have gotten the natural death he desired, and his family would have been comforted by the knowledge that he had died on his own terms.

POLST is a tool for translating a patient’s wishes into a medical order documented on an easily recognizable form. Unlike an advance directive, POLST is explicitly designed to function across care settings, from a grassy fairway to the front porch to the ICU. Oregon pioneered the protocol, and currently forty-five states have some kind of POLST program (the only places that don’t are Alabama, Arkansas, Mississippi, Oklahoma, South Dakota, and Washington D.C.). Several states have registries for POLST forms intended to ensure that emergency personnel and health-care professionals have quick and reliable access to the treatment wishes of patients.

POLST is much more than a set of instructions taped to the refrigerator door or stored in a medical-records database. The paradigm is both a holistic method of planning for end-of-life care and a specific set of medical orders designed to carry out patient wishes. It explicitly supports not only free consent but informed consent, requiring meaningful discussions between patients, loved ones, and medical professionals. These planning conversations—aimed at understanding diagnosis, prognosis, available treatment options, patient goals, and treatment preferences—are the hallmark of the approach. A health-care professional (usually a physician, but in some states a nurse practitioner or physician assistant) must talk with the patient—or the patient’s legally authorized medical decision-maker—about the medical interventions and procedures listed on the POLST form. These include cardiopulmonary resuscitation, the continuum of medical intervention from “comfort measures only” to “full treatment,” and medically administered nutrition. POLST encourages the careful weighing of the benefits and burdens of end-of-life treatment options.

Completing a POLST means more than just filling out a form. It is a process, typically requiring a number of discussions, during which patient values and wishes are identified, and patients, families, and decision-makers come to understand end-of-life care options in light of current medical circumstances and likely outcomes. Only at the end of this process is the form signed, by both the physician and the patient or decision-maker. Though many states also grant signature authority to nurse practitioners and physician assistants, no facility administrator may sign a POLST form. (In some states the signature of the patient or decision-maker is not required—an oversight that needs immediate correction in the interest of protecting patient dignity, values, and choice.)

The POLST is designed only for patients who are living with a serious progressive illness. A valid form documents the decisions of a competent person faced with advanced illness, or of someone who is frail, or chronically ill. Once completed, it travels with the patient, wherever he or she may go. If Max’s wife had had a POLST in hand, the EMTs could have granted his wish to die a natural death.

There are two key principles underlying POLST. First, it is completely voluntary. Second, it can be easily modified, amended, revoked, or voided in response to changing circumstances. As treatments succeed or as disease or infirmity progress, a patient’s desire for certain medical interventions may change. Research has shown that the use of POLST results in treatment consistent with a patient’s wishes more than 90 percent of the time, significantly reduces unwanted hospitalizations, and decreases medical errors.

Of particular significance for Catholics is the fact that, although a POLST form may record a patient’s wish to limit medical intervention, it is never the intent for the orders to be written with the goal of hastening death. POLST recognizes that allowing natural death to occur is not the same as intentionally shortening life, and provides the unique opportunity for those with serious life-limiting illness to think through medical interventions common at the end of life and to discuss them with a physician. Some patients nearing the end of life wish to stop burdensome medical interventions and focus on comfort; others do not. Notably, POLST requires that comfort measures be provided to all patients.

It is lamentable that some Catholics—including members of the Catholic Medical Association and the bishops from Wisconsin and Minnesota—are calling for Catholic hospitals to refuse to comply with POLST and for Catholics to refrain from completing POLST. We share their concern about coercion and inappropriate use; where these things occur they require immediate correction. Certainly, when a POLST conflicts with Catholic teaching, it should not be honored. But to send POLST packing because of potential abuses allows seriously ill patients to die in ways inimical to their values and faith.

Negative critiques tend to conclude that POLST is intrinsically flawed and should not be used in Catholic health-care settings. Such critiques err. Instead of throwing the baby out with the bathwater, it would be better to correct the shortcomings, misunderstandings, and actual and potential abuses of the protocol. This goal can be realized if all POLST users follow the guidelines of the National POLST Paradigm Program. That program should require the signature of the patient or decision-maker on every POLST in every state.

While everyone can benefit from an advance directive, only those facing an illness likely to result in death within the year should have a POLST. The protocol provides concrete and practical help for those approaching the end of life, supporting the real-time medical decision-making so necessary for those who are critically ill. As Cardinal Elio Sgreccia has noted, proxy and treatment directives are “inevitably abstract...in comparison with the real situation of sickness”—which is why it is vitally important for Catholic health care to support POLST, since, unlike an advance directive, it is about the here and now. We agree with the Louisiana Conference of Catholic Bishops who state in “The Final Journey” that Louisiana’s version of POLST “adheres to all the official teachings of the Catholic Church with regard to end-of-life decisions.”

The U.S. Conference of Catholic Bishops’ Ethical and Religious Directives affirm that “Christ’s redemption and saving grace embraces the whole person, especially in his or her illness, suffering, and death. The Catholic health-care ministry faces the reality of death with the confidence of faith.” We believe that POLST, used properly, supports the Catholic commitment to human dignity and patient-centered care. 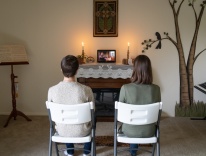