We Can’t Think Straight about Government 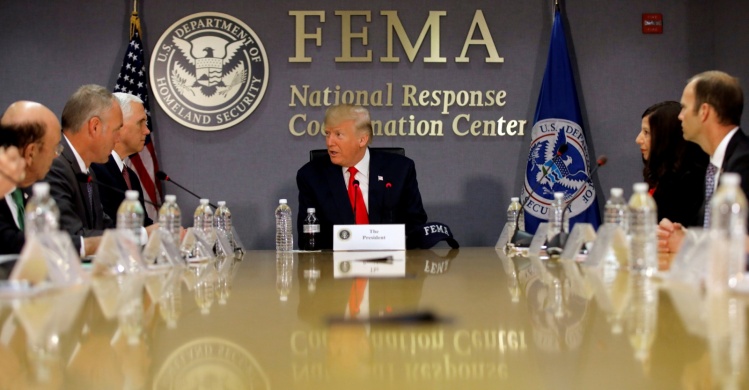 One of the barriers to sensible politics is the opportunism that so often infects our debates about what government is there for, where we want it to be energetic, and how we can keep it from violating the basic rights of citizens.

The muddled nature of our discussions of these matters has been brought home by two unfortunate events: The mass suffering unleashed by Harvey and President Trump’s pardon of former sheriff Joe Arpaio.

In the case of the vicious storm, we are reminded that some politicians think government is great when it helps their own constituents and wasteful if it helps anyone else.

We also regularly assert that government is better when it prevents problems than when it focuses primarily on cleaning up after the fact. But when environmentalists suggest that development can be carried out in more sustainable ways or that climate change is worth dealing with, they are mocked as “anti-business” or “crisis-mongers.” Then a crisis comes, and we wonder why the politicians were so short-sighted.

As for the Arpaio pardon, it is seen as technically legal because presidential authority in this area is almost unlimited. But it may be the most dangerous act of Trump’s presidency. The occupant of the White House has claimed the power to permit government agents to violate the constitutional rights of Americans and to override the courts if he doesn’t like what they’re doing. This is the largest single step toward autocracy Trump has taken.

What we hear all the time is that conservatives are for “small government” and liberals are for “big government.” But this is very misleading shorthand.

We hear all the time is that conservatives are for “small government” and liberals are for “big government.” But this is very misleading shorthand.
sharetweet

Yes, liberals typically favor more social insurance programs, including expanded guarantees of health care, and more government regulation of business in what they insist is the public interest. Conservatives are often critical of some or all of these initiatives.

But liberals (often joined by libertarians) are among the first to stand up against government violations of the civil rights of individuals. Many conservatives—most certainly including Trump—use the “law and order” battle cry to accuse liberals concerned about civil liberties of being “soft on crime.” (In the case of the Arpaio pardon, Trump seems to be for his version of “order” but indifferent to the “law” part.)

So who is really for big government and who is against it? Which is more threatening to our liberties: higher taxes to pay for new benefits, or an expansive view of police powers and presidential prerogatives?

The conversation about disaster relief helps clarify another issue. The conservative critique of government aid is that it is on some level unjust because it takes money from one group of people and gives it to another. Applying this logic to natural disasters, why should parts of the country that will almost never experience hurricanes help the hurricane-prone areas? After all, people don’t have to live in places subject to hurricanes.

Disaster relief is premised on an old-fashioned “there but for the grace of God go I” solidarity. We are happy to see government give a hand to our fellow citizens facing sudden catastrophe today and assume that they will help us if we face comparable challenges tomorrow.

This is why it is entirely appropriate to call out the hypocrisy of Texas conservatives who voted against assistance for the victims of Superstorm Sandy in New York and New Jersey but are now asking for federal help on behalf of their folks. They broke this basic rule of solidarity in the name of an ideology that, when the chips are down, they don’t really believe in. Of course we should help all the areas devastated by Harvey. I’d just appreciate hearing our Texas conservative friends, beginning with Sen. Ted Cruz, admit they were wrong.

Call me a liberal (I won’t mind) but I do believe in using government’s taxing powers reasonably to direct help toward people who really need it, and in regulations to protect the environment and prevent catastrophe. But I also believe it is vital to stand firm when government officials violate constitutional rights, which is what Sheriff Arpaio was found to have done with Latinos in Arizona and why pardoning him is so dangerous.

We can certainly debate where government compassion becomes overreach. Unfortunately, we’re not anywhere close to such a measured and civilized dialogue.