I was happy to see Andrew J. Bacevich refer to Walker Percy in his response to Robert P. Imbelli (“History, Hope & iPhones,” October 7), but I think he got only half of what Percy was after. Certainly Percy derided the rampant consumerism of the age, but he saw it as a byproduct of a “radical transformation” of consciousness taking place in the postmodern world. As Percy saw it, the transformation leaves us prey to “angelism/bestialism”: holding on to an abstract theory instead of the “lovely, ordinary world.”

Percy would have agreed with Bacevich that most of us “are no longer wayfarers in search of some ultimate purpose or destination.” He would have suggested, however, that it is precisely in the ruins of this postmodern world, when all other options have played themselves out, that the possibility of finding oneself as a wayfarer and a pilgrim reemerges. When all seems lost, a space for the new arises.

With Kierkegaard, Percy saw it was likely a good thing that Christendom had passed. In that passing, Christianity might just emerge. It may not happen on a cultural level and that, too, may be for the best. But it has happened and will continue to do so in the individual consciousness and in communities of people who have exhausted other possibilities. I am sure Bacevich’s Cistercian sister-in-law, like monastics everywhere, will continue to pray for all of us. Merton thought these prayers helped hold together the fabric of the world. They may be a dying breed; but possibilities will still arise even if the world has fallen apart.

The enlightened conversation about abortion desired by Dennis O’Brien, Peter Steinfels, and Cathleen Kaveny in “Can We Talk about Abortion?” (September 23) has for many years already taken place in Germany. In two major decisions, handed down in 1975 and 1993, Germany’s Federal Constitutional Court, departing from Roe v. Wade in almost every respect, declared that the unborn child, although not a person in the full sense, is nevertheless a “life” requiring protection under Germany’s Constitution. The state is constitutionally bound to foster and protect unborn life; this life may be said to begin biologically from the fourteenth day after conception (the point of implantation). Abortion after the fourteenth day is “an act of killing,” illegal and morally unacceptable in principle.

The Constitutional Court went on to declare that, because of the state’s respect for women’s constitutional right to personal self-determination, a pregnant woman may nevertheless choose to have an abortion within the first twelve weeks of pregnancy. If she so chooses, she must by law submit to counseling that underscores the goal of preserving unborn life. The counseling must be nonthreatening, deal sympathetically with the woman’s “conflict situation,” and ensure that she is aware of the significance of the life germinating within her. If she still wants to abort her fetus after counseling and a three-day waiting period, a certificate authorizing the abortion must be issued forthwith, and such abortions, although remaining technically illegal, are not punished. All abortions after the first trimester are forbidden except in cases of rape, incest, fetal deformity, or threat to the life of the mother.

The 1993 ruling in particular resulted from the court’s review of a regulatory abortion statute enacted in the aftermath of Germany’s reunification. It was crafted to reflect the Reunification Treaty’s demand for “a better solution in conformity with the Constitution of conflict situations faced by pregnant women...than is the case in either part of Germany at present.” (East Germany had permitted abortion on demand in the first trimester, whereas West Germany had banned all abortions unless the woman could demonstrate that her pregnancy resulted in “severe social hardship.”) Although the ensuing legislation included provisions that tried to balance respect for unborn life with the right to self-determination, the court ruled that the parliament had not done enough to reflect the significance of the right to life under the Constitution.

Accordingly, the court required parliament to strengthen existing laws designed to facilitate a woman’s decision to carry her pregnancy to term. These laws would include financial aid as well as measures to ensure that a woman bearing a child would not be disadvantaged in education, employment, housing, or the marketplace. The court’s guidelines even included proposals to punish lovers, husbands, relatives, and other third parties who would pressure a woman into having an abortion, all for the purpose of creating a moral climate consistent with the value of unborn life.

As the essays by all three authors suggest, the American debate on abortion has degenerated into a zero-sum game. The German debate, by contrast, has been a bridge-building effort that seeks to honor the values associated with both life and motherhood. Would that we Americans could have that kind of conversation.

Yes, we do need to talk about abortion. However, most of us Catholics are quite convinced that abortion is wrong. That is not the problem. The problem is how this issue has become so politicized by politicians and bishops that it is difficult even to discuss. I sometimes wonder if politicians laugh behind closed doors at how easy it is to win some Catholic voters: just claim to be prolife. And as for the church, I am waiting to see any bishop refuse Communion to political figures who promote war, the death penalty, and the destruction of programs to help the poor and the needy.

The problem is viewing abortion in isolation. The questions that need to be asked are why some women have abortions and what can be done to change that. The answers will range widely, depending on which countries and cultures are involved. But some things are clear: where women are denied human rights and opportunities and the dignity of personhood, they are sometimes forced to have babies or abortions. Even the fact that birth control is sometimes denied them makes for an increase of abortions. This has been shown in some communist countries, even John Paul’s beloved Poland.

I am weary of every politician being judged by his or her “prolife” (often only unborn life) or “prochoice” stance. And I am weary of the Vatican appointing bishops based on how strictly they observe concerns about abortion. Abortion is an evil, but it is certainly not the only evil.

In Dennis O’Brien’s recent contribution to the discussion “Can We Talk about Abortion,” he misconstrues the facts about his invitation to speak at an unnamed law school. I would like to clear up the facts because of my own involvement in the matter, and because he implies a greater level of support for his position than actually existed.

O’Brien notes that he was invited to speak at a law school this spring, but that the event almost didn’t happen and that members of the student board resigned amid the controversy. That is correct: a member of our organization’s board unilaterally invited him to speak, and in the ensuing controversy, two of us resigned, including myself. We did so not because we are unwilling to engage in thoughtful conversation about abortion (as O’Brien implies), but because we did not feel it was appropriate for an organization devoted to building community among Catholic law students to sponsor an event likely to create divisions in our community, promote misunderstandings in the larger law-school community about the church’s position on an important issue, and tie an avowedly Catholic organization to a person whose position on abortion defies core church teachings.

O’Brien also implies that a hundred students voted 3-1 in favor of inviting him to speak. This is false. One hundred students may have received the survey, but only fifteen responded, and those who responded were forced to vote by ranking their preference for a small, members-only lecture; a large, public lecture; or no lecture at all. As a result, some of us (myself included) did not complete the survey, because it would force us to rank some form of lecture as our second choice, thus forcing us to implicitly endorse a lecture of some sort. Of those fifteen who did respond to the survey, six said that they’d most prefer a members-only lecture, and two said they’d most prefer no lecture at all. It hardly seems fair to characterize these rather complex results as a 3-1 vote in favor.

O’Brien is right to state that abortion is not a simple matter. There are significant, complex human realities that color this issue, and it is wise that we be mindful of those realities when we structure our discussion and respond to our opponents. However, the church’s position is clear: life does not begin when we take our first unaided breath; God “knit us in our mothers’ wombs,” and therefore a strict respect for human life should precede the granting of Social Security numbers. O’Brien should not be surprised that those of us who may happily engage with him in deep conversation about abortion remain unwilling to lend the social capital of the church, by way of an openly Catholic organization, to a person with a philosophical position that defies church teachings.

I found the letters written in response to my article helpful and illuminating. The German situation so well described by Donald P. Kommers is a model we could well imitate in this country. Lucy Fuchs accepts the main argument of my article: abortion discussion has been politicized at the cost of rationality. I am certain that Amanda Manchin reports the facts accurately and fully; I reported only what I was told by my hosts. I did not mean to imply that there was a 3-1 vote in favor of my views, only that there were at least enough votes cast (few as they evidently were) that I was finally invited to speak. She expresses a concern that my talk would “promote misunderstanding about the church’s position.” My view is that the church’s position needs significant clarification because of manifest inconsistency between ecclesiastical rhetoric on the one hand, and law and final moral decision on the other.

I am grateful for the earlier responses of Peter Steinfels and Cathleen Kaveny, published with my article. Both suggest that I downplayed the value of fetal life. I hope not. Taking the life of a fetus, like the taking of any human life, is a terrifying-terrible act whose significance we must never discount. Abortion should be undertaken with “fear and trembling”—an attitude equally required in “justified” killing in war or self-defense. However distressing taking fetal life will be, the biological facts and circumstance of the pregnant woman need to be given greater consideration than the usual pro-life arguments admit. 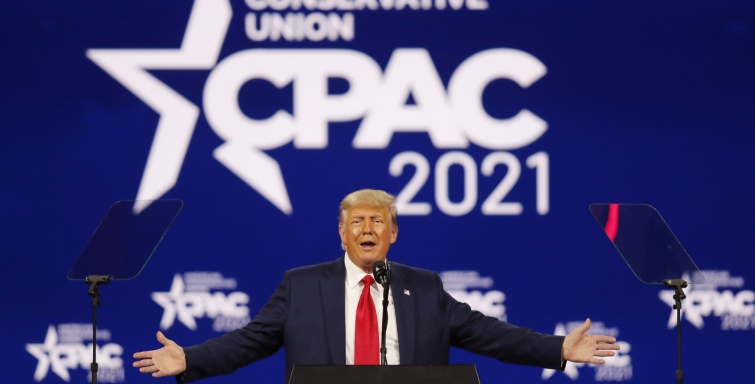 How can we make our Church a “living witness to truth” amid an epidemic of lies?
By Rita Ferrone 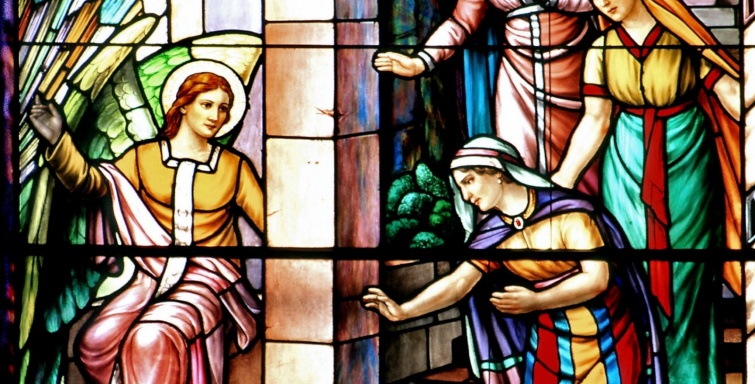 He forgave the sick to health, disregarded the sex of the Furies / when expelling them from minds. And he never speculated.
By Les Murray 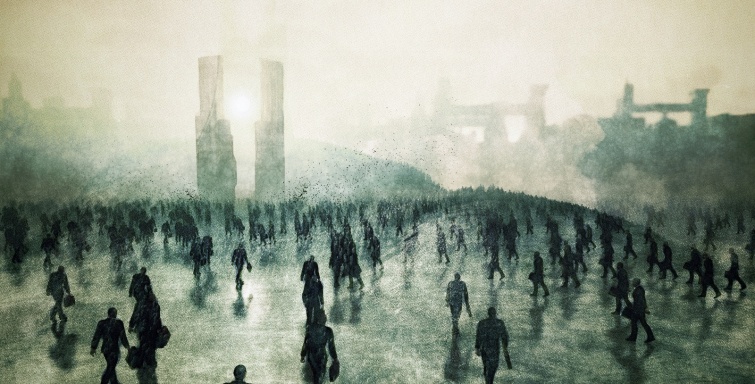 Nietzsche was wrong about liberal democracy. Was he right about the kind of people it might produce?
By George Scialabba