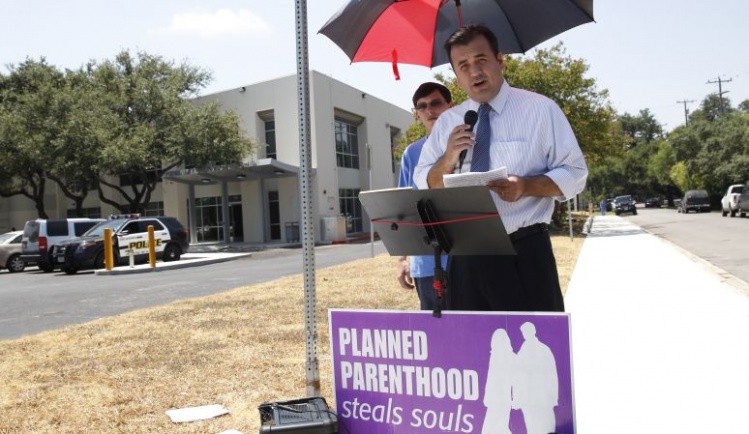 The Friday after Thanksgiving, Robert Lewis Dear killed three people and wounded nine others at a Planned Parenthood facility in Colorado Springs. Officer Garret Swasey of the University of Colorado police force was one of the victims; he was shot and killed after voluntarily responding to reports of an active shooter at the site.

Dear appears to be a mentally disturbed loner. Yet it became increasingly clear that opposition to abortion was his motivation, which put many prolife activists on the defensive. Some attempted to deflect public criticism by portraying Swasey, who was a conservative Christian active in his church, as a martyr for the prolife cause. Glen Stanton, who lives in Colorado Springs and works for Focus on the Family, said that “Swasey was a good man who sought to protect life, even those who engaged in work that he believed was reprehensible.”

But Swasey wasn’t a martyr for the prolife cause. He was a martyr for the rule of law—the idea that all persons within a community are bound by publicly promulgated and generally applicable norms. The concept of the rule of law helps provide a broader framework that makes sense of the critics and the defenders of the prolife movement in the aftermath of the shooting.

Ask yourself this question: Why was Swasey prepared to use lethal force to stop Stanton, but not to stop the abortion providers—from Swasey’s prolife perspective, weren’t both killing innocent people? The answer: As a police officer, Swasey had sworn an oath to enforce the law, and the law permits abortion, while it prohibits shooting those who provide, facilitate, or obtain the procedure.

Most prolife leaders have been quick to condemn violence against abortion providers. But they have struggled to provide a coherent justification for this condemnation. (That First Things published a symposium titled “Killing Abortionists” in 1994 demonstrates both that the problem is neither especially recent nor confined to the fevered speculation of prochoice progressives.) Some say they reject violence in all forms—especially violence by private persons—but do they really? Most people, after all, would admit that it was permissible for a private citizen to use lethal force if necessary to stop someone from beating a toddler to death. What’s the difference between that and using lethal force to stop a late-term abortion? The difference is that a late-term abortion is legal, and beating a toddler to death is not. Private violence is legally permitted if necessary to defend the toddler, but not to defend the unborn.

Most prolife Americans condemn the killing of abortionists as “vigilante” justice. But some might reply: So what, if the law is unjust? The concept of the rule of law helps answer that objection.

Christian political thought includes a long tradition of recognizing the substantial value in even a substantially unjust legal regime—provided that it offers basic social stability through the rule of law. Writing as the Roman Empire crumbled, St. Augustine suffered no illusion that its legal system was fully just. Nonetheless, even unjust political orders provide a certain amount of order and predictability, by constraining the behavior of sinful men and women in ways that everyone can rely on. And that tranquility of order is an important aspect of justice, even if it is not complete justice.

Over the centuries, Christian theologians sometimes gave too much weight to the value of political tranquility, which led to gross indifference in the face of grave injustice. Yet it is important not to react against this tendency by discounting the ways in which respect for the rule of law contributes to the common good, even when some aspects of the law are imperfect or of dubious morality.

What about civil disobedience?  What distinguishes it from simple lawlessness is the effort practitioners make to preserve respect for the rule of law. For example, Martin Luther King not only broke unjust laws mandating racial segregation, he also willingly and publicly suffered the penalty for breaking those laws. In any case, the use of violence places activists beyond the pale of civil disobedience. They become political revolutionaries—and political revolution needs to be justified according to the terms of the just-war theory.

Many have condemned the rhetoric of the prolife movement. The concept of the rule of law suggests why it is a problem. Prolife activists regularly describe the American regime of legalized abortion in terms that suggest the legitimacy of armed revolution. They compare abortion to the Holocaust, or to the enslavement of African Americans. Yet they actually do not intend to end abortion by overthrowing the government, but rather by reforming it through the democratic process.

But as Black Friday 2015 showed, the mismatch between rhetoric and reality can be deadly. Prolife activists need to develop a conceptual framework that supports their abhorrence of vigilante justice as much as it does their rejection of abortion. Renewed attention to the requirements of the rule of law might help them do just that.