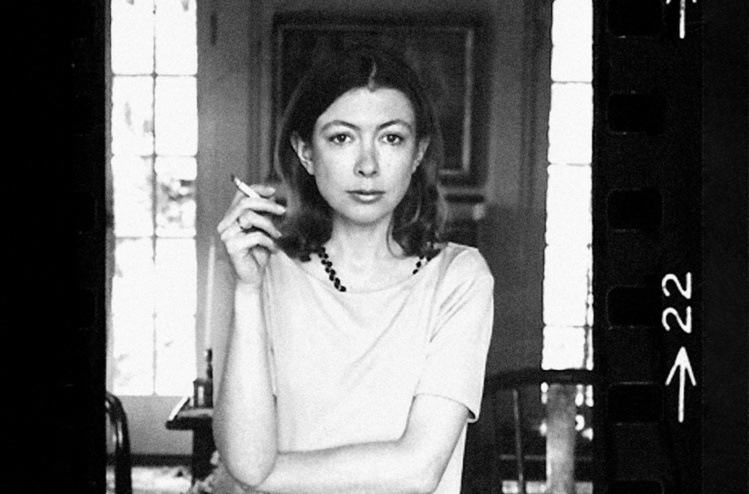 When Joan Didion died in December, the obituaries and tributes were impressively various. Most focused on the Didion of the late sixties and early seventies, the one who wrote Slouching Toward Bethlehem and The White Album. Others insisted that the Didion of the nineties and early aughts—the author of long pieces in the New York Review of Books and the New Yorker—was the better political writer. Some wrote about Didion the L.A. novelist, some about Didion the memoirist of grief; others wrote about a “New Hollywood” Didion, or Didion the Goldwater-voting conservative.

Few of her admirers, however, had much to say about Didion’s writing on Latin America. Central America is a setting in two of her novels, The Book of Common Prayer and The Last Thing He Wanted, and her early books give brief accounts of voyages to Mexico and Colombia. But it’s a slim volume about the Reagan administration’s intervention in El Salvador, and a longer report about Cuban exiles in Miami, which tell us the most about Didion’s mid-career pivot to Latin America. If the early Didion wrote about a “center” that wasn’t holding in the United States, trying to “come to terms with disorder,” this later Didion explored new horizons of disorder abroad, at the fraying periphery of the American empire.

In 1982, when Didion was an established writer at the peak of her powers, she published Salvador, which described two weeks she spent reporting on the Salvadoran civil war. (The book first appeared as two pieces in the New York Review of Books.) North American commentators have often looked south in search of morality tales, operating under the illusion that in Latin America the good guys and the bad guys are easy to tell apart. Didion, whose heroes included the adventurers Conrad and Hemingway, might have felt the same temptation. Reporting from a country lacerated by government-sponsored death squads, however, Didion doesn’t appeal to heroic archetypes or easy moralism, but to St. John of the Cross: “This was a story that would perhaps not be illuminated at all…. This was perhaps even less a ‘story’ than a true noche oscura”—a dark night of the soul. In this dark night she learned about the “mechanism of terror,” heard of murdered peasants left “in unnatural positions,” their faces “obliterated by acid,” a “mash of misplaced ears and teeth.” Her life was threatened more than once.

Didion went to El Salvador primarily to understand what the United States was doing there. The Reagan administration’s stated mission was to support the establishment of a liberal democracy and to stop the spread of communism in the region. What Didion found was frustrated American personnel insisting that the other side kills, too. A simplistic understanding of the conflict doomed the American intervention. “It was certainly possible to describe some members of the opposition…as ‘out-and-out Marxists,’ but it was equally possible to describe other members of the opposition…as ‘a broad-based coalition of moderate and center-left groups.’” But “the right in El Salvador never made this distinction: to the right, anyone in the opposition was a communist, along with most of the American press, the Catholic Church, and, as time went by, all Salvadoran citizens not of the right.” Victims of the Salvadoran Right included members of the Christian Democratic Party, Catholic nuns, and the now-canonized Archbishop Óscar Romero. Didion concludes: “‘Anti-communism’ was seen, correctly, as the bait the United States would always take.”

She was primarily an artist, and her books paint the portrait of a wealthy, multiethnic, heavily armed empire at its zenith.
sharetweet

Traces of the Goldwater voter show up, here and there, in Salvador. Here she is scoffing at America’s efforts at nation-building: “An entire republic smaller than some California counties…has encouraged the illusion that the place can be managed, salvaged, a kind of pilot project, like TVA.” Yet Didion mostly avoids discussing political ideas, both those of the various Salvadoran political factions and her own. Ideology won’t illuminate the noche oscura. What Didion once wrote about the Trinidadian novelist V. S. Naipaul could be said about her: she was a writer “for whom a theory or an ideology is superficial to the phenomenon it attempts to describe, something no more than a scaffolding.” The political concepts hatched three hundred years ago in a mostly pre-industrial Western European country were never of much interest to Didion. She was primarily an artist, and her books paint the portrait of a wealthy, multiethnic, heavily armed empire at its zenith.

Five years later, Didion published Miami, an account of the history and politics of the Cuban community in that city. Salvador takes place just outside the perimeter of American power; Miami is set just on this side of that perimeter. El Salvador once applied for U.S. statehood; Miami has become the adopted capital of many Latin Americans in the United States. Didion the disaffected Sacramento aristocrat was primed to understand the soul of the Cuban exiles. A writer who took pride in her ancestors’ taming of the California frontier understood the mentality of exiled patriots: “They shared a definition of patria as indivisible from personal honor, and therefore of personal honor as that which had been betrayed and must be revenged.” The Cuban exiles and Didion felt a similar pain: they both lamented the loss of their patria. The Cubans’ patria has been changed beyond recognition by revolutionary Marxism; Didion’s, by postwar American capitalism.

Miami is an impressive book. Didion brings clarity to a vexed, decades-long, multi-sided conflict. She pays attention to the perspectives of local Miamians (both Black and white), as well as to those of displaced exiles and their progeny; and she parses the internal tensions within each group. With her signature detached style, she tells a story of bombings, death threats, nationalism, corruption, and the evolving policies of the U.S. State Department. Ultimately, like Salvador, Miami is largely a story about the limits of American influence. Just as El Salvador could not be remade in the image of the United States, so Miami would never again be “American” in any conventional (i.e. WASP) sense of the term.

The book’s opening line is among Didion’s best: “Havana vanities come to dust in Miami.” What immediately follows is the story of two Cuban presidents who, after brief stints in power, are forced into humiliating exile in the Sunshine State. But she also targets American vanities. Didion rolls her eyes at the “Washington dreamwork” that attempted to alter the Cuban political landscape. When local Miamians complain that Cuban exiles lack respect for freedom of assembly, she calls this “the reduction of politics to a Frank Capra movie.” She mocks locals who fail to grasp the volatile complexity of the exile community and instead talk of “Miami’s ‘Hispanic flavor,’ an approach in which 56 percent of the population was seen as decorative, like the Coral Gables arches.”

One could argue that Didion understood North American attitudes toward Latin America better than she understood Latin America itself. The critic Becca Rothfeld rightly observes that Didion “trades in image and insinuation more than argument.” Didion’s writing about the region is probing and panoramic, but—to give just one example of her limits—she relies too much on the work of Gabriel García Márquez to conjure up an argument about Hispanic identity. In Salvador and the White Album essay “In Bogotá,” the Colombian novelist’s words appear without much commentary, as if their implication were clear and sufficient. She describes García Márquez as a “social realist,” rather than a “magical” one, implying that García Márquez’s stories seem fantastical only to North American readers. But she was not wrong to detect a connection between his work and the political themes she was exploring.

Didion’s Latin American adventures led her to question the possibility of a Pax Americana for the Western Hemisphere. For many readers in the 1980s, memories of the Vietnam War were fading and the tumultuous America of the counterculture and civil-rights movement had seemingly given way to a period of tranquility and untroubled patriotism. But Didion knew that a country’s self-image is often ramshackle or illusory, a “Procrustean bed we had made ourselves,” to borrow a phrase from Salvador. Both Miami and Salvador demonstrate the dangers of ignoring the longstanding, conflicted relationship between the United States and its postcolonial cousins to the south. Today, some writers are wrestling with the fact that the border between Anglo- and Latin America has always been, in some sense, blurry, and that the United States has more in common with other American nations than it does with Europe. On both points, Didion was ahead of the curve.